UPDATE: Part 1 of my Simpsons Minifigures review is completed! Be sure to check it out to find out what I thought of the first 8 Simpsons minifigs and for more pictures. Part 2 is also complete!

UPDATE: Prices for Simpsons Minifigures at Target have gone back to normal. They’re now scanning for $5.

UPDATE 1/5/14:  It’s the 1st of May so The Simpsons minifigures should be in all toy stores across Australia. A reader, Michael has informed me that Target are selling the LEGO Simpsons minifigures for a whopping $6. I will try and verify that tomorrow. In the meantime, do not pay $6 for them, as you can get them for $5 from any other retailer. Frankly, it seems like Target Australia is taking advantage of the increased demand for The Simpsons minifigs. Do not encourage that kind of behaviour.

It looks like , May has come early! LEGO Simpso

ns Collectible Minifigures are now available for purchase in Australia a little earlier than expected. It seems that Myer has broken the release date for the Simpsons minifigures as they were only supposed to be on sale at the start of May. I had a friend tipping me off to the fact that the Simpsons minifigs were spotted in the Melbourne CBD Myer. I happened to be out today and managed to find some for sale in Westfield Fountain Gate although I found none in the Chadstone Myer. 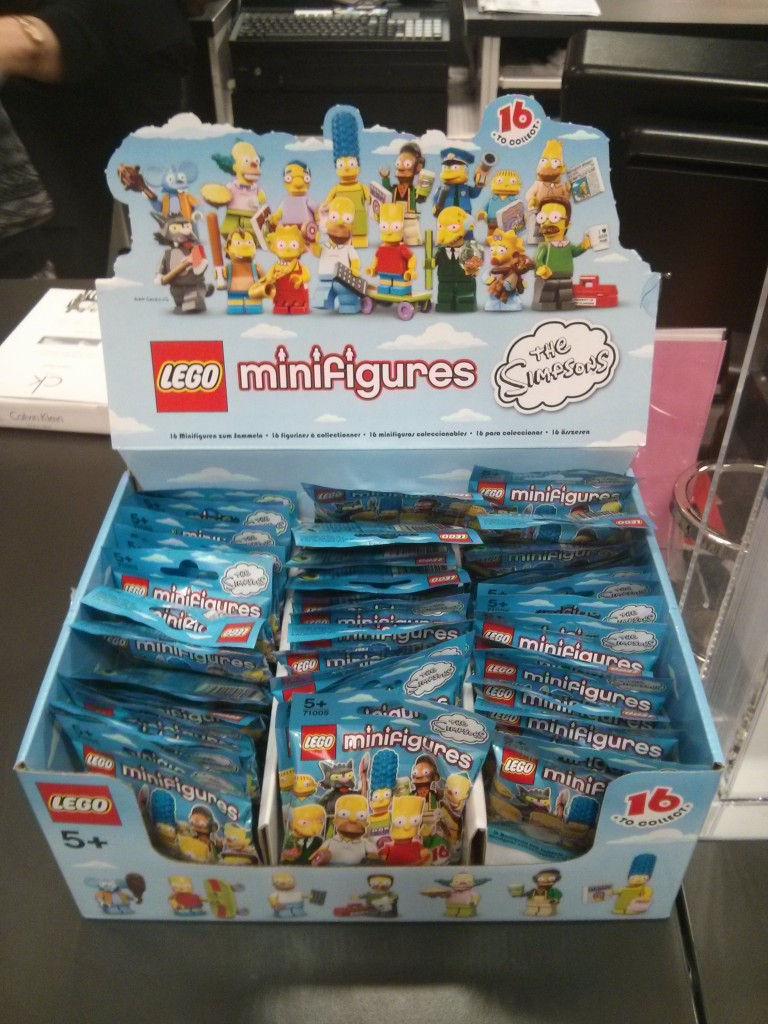 Good news is that the Simpsons blind bags cost $5.00! Looks like we were spared the price increase that our American and British counterparts had to endure. I snapped this picture of the box containing the minifigures at a cash register near the toy section. Note that these weren’t found in the shelves but on the counter, so you might have to search for them. Helps to also ask some of the staff there to tell you if they’re out.

If you can’t wait to get your hands on them, I recommend ringing up your local Myer’s toy section and checking if these are out yet. In fact, if you’ve been following my monthly sales post, you’ll know that Myer has 20% off toys which ends on the 27th of April, so you could potentially score the minifigures for $4.00. I’m sure these will start popping out in every other retailer starting from next week, and with a plethora of LEGO sales, it shouldn’t be too difficult getting them at a discount if you’re on a budget. 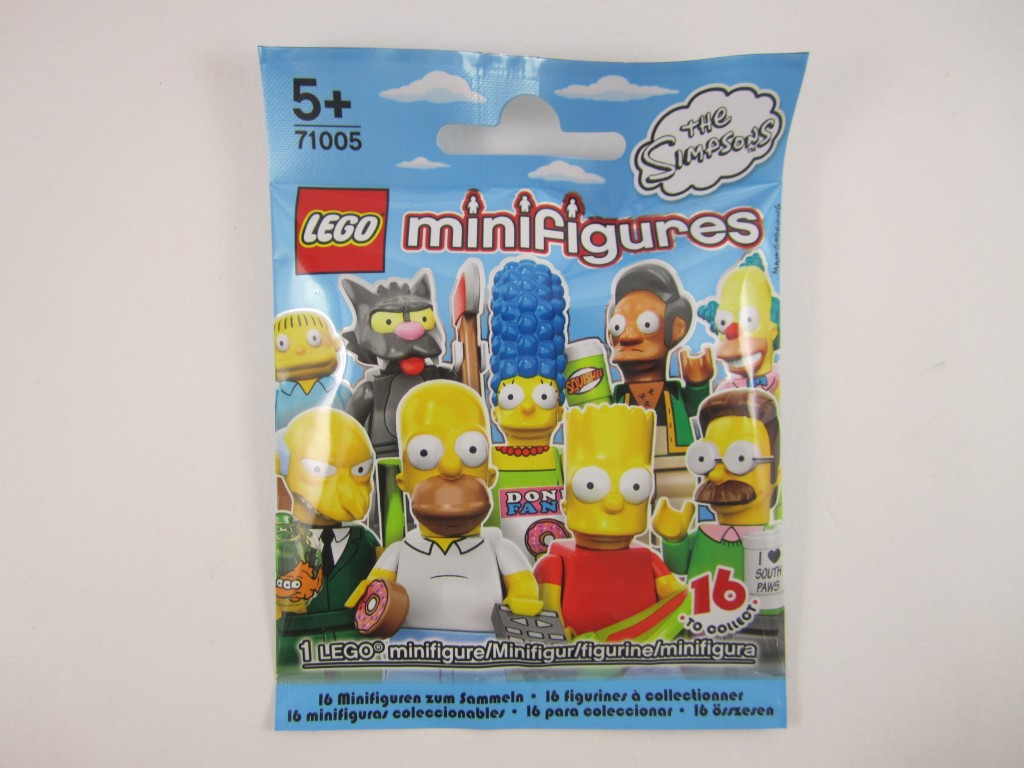 Here’s a photo of the blind bag, which will contain at random 1 minifigure from The Simpsons. I like the sky blue background that you will recognize from The Simpson’s iconic opening montage. 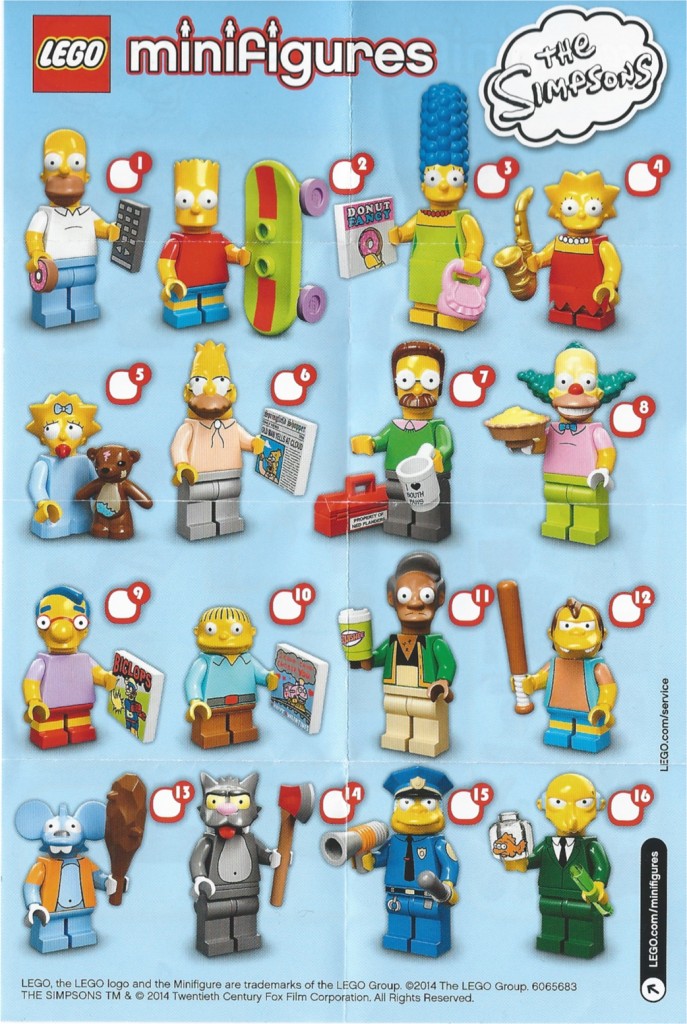 Here’s a scanned image of the instruction leaflet contained in the blind bags. Handy checklist to help you keep track of which Simpsons characters you have. 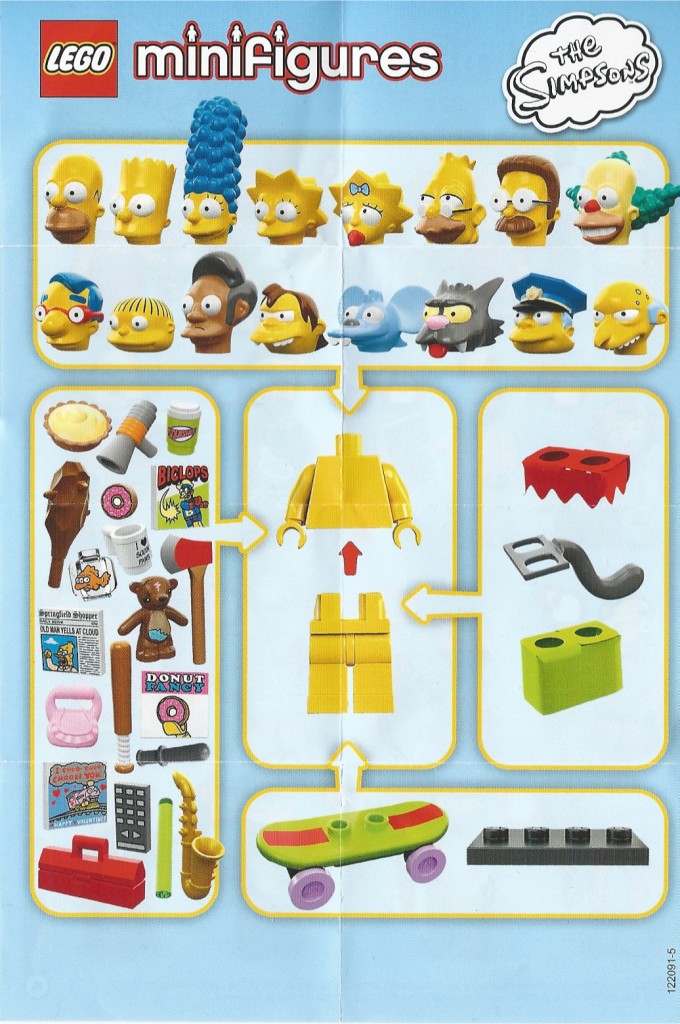 On the flipside, we have some pretty basic instructions on how to assemble your Simpsons minifigure as well as shots of the accessories included. I like that they featured all 16 minifigure heads on the top part.

Here’s the box breakdown of each Simpsons minifigure box. Each complete box contains 60 blind bags in the following ratios. This list should help you figure out the rarity of each minifigure.

I am extremely pleased that they’ve reverted to their old ratio of minifigures in each box so that you’re guaranteed at least 3 complete sets in each box. Also having just two of each character in each box (LEGO Movie & Series 11 were chief culprits) was just plain silly. I’ve encountered several old women in shopping centres complaining about how hard it was to find the mermaid for their granddaughters and if I wasn’t there to help them feel out the minifigs they wanted, they probably wouldn’t get it. 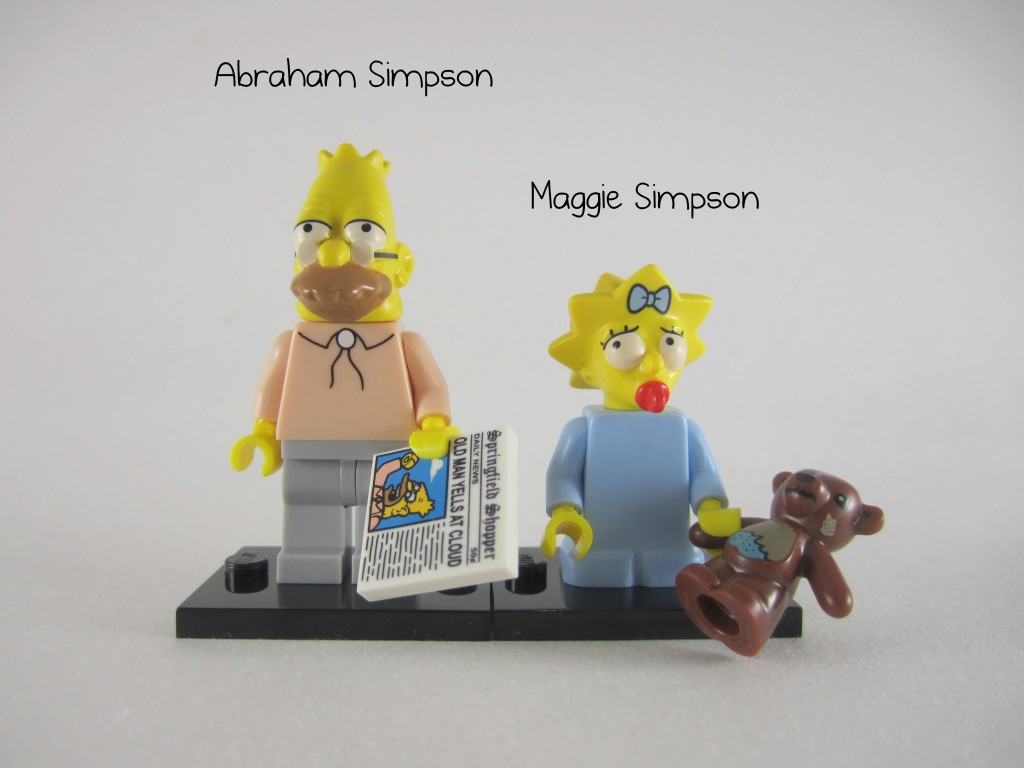 I picked up two minifigures at random (whoa) because I’m going to eventually complete the set, hopefully next week. I got Grampa Simpson and Maggie Simpson, which isn’t too shabby. Expect a comprehensive in-depth review with beautiful pictures as soon as I get my hands on a full set!

If you’re on the hunt for The LEGO Simpsons minifigures, best of lucky and happy hunting!