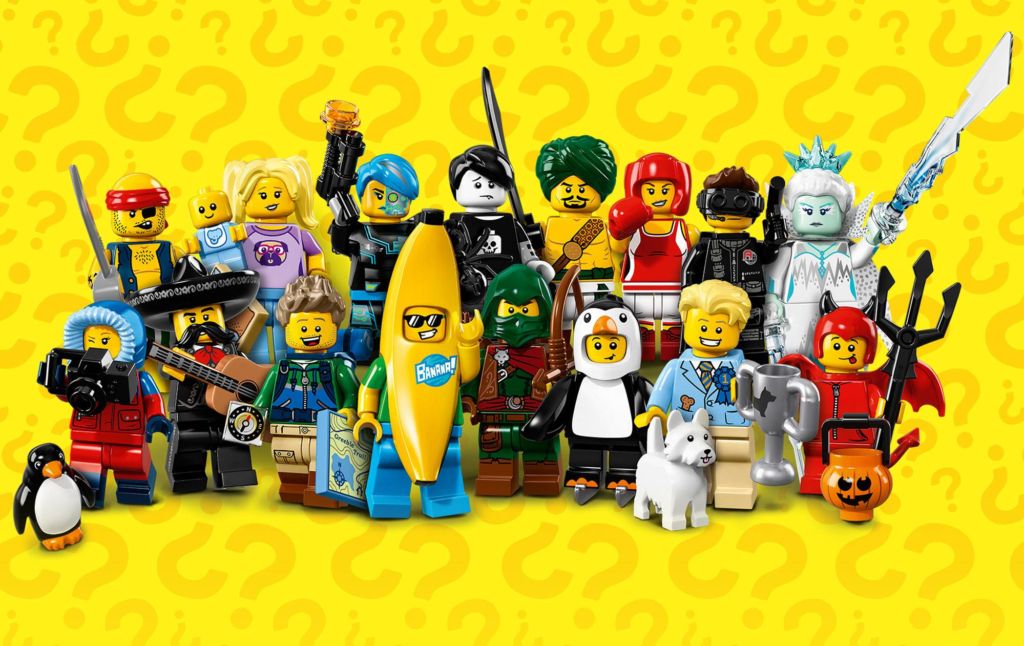 Update: Be sure to check out my review of LEGO Minifigures Series 16! This is LEGO’s best Series yet and I thoroughly enjoyed every single character in Series 16!

This is super delayed, but a couple of days ago LEGO officially announced and revealed LEGO Minifigures Series 16 on their Facebook page – which is kinda weird as Series 16 has somehow gone on sale (thanks to everyone that wrote in!) in the United States. I believe they were available at official LEGO stores, Walmart and Toys R Us.

It’s odd because the official global release date for Series 16 is 1 September 2016 (even LEGO’s Facebook says “Coming Soon”). Anyway, as an Online Recognised LUG, I couldn’t really write about it till it’s officially announced by LEGO – so here it is!

After a short foray into German Footballers and the excellent Disney Series, I’m pretty glad that we’re back to the core minifigures series – with wacky characters, costumes and personalities that has made the Minifigure Series one of LEGO’s most beloved themes. 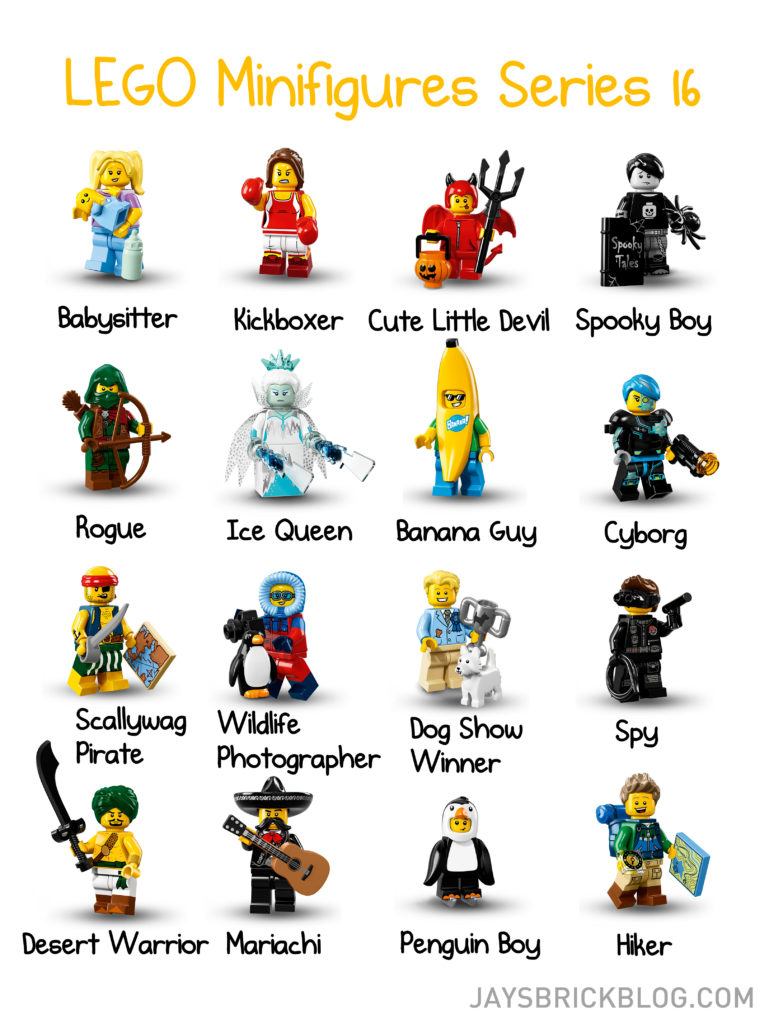 I’ve put together an easy to refer image featuring the all the Series 16 characters and their official names as an easy point of reference.

According to The Brick Fan, the box breakdown of Series 16 is as follows:

This means that there are 3 guaranteed sets in each box. The breakdown is pretty great, I’m quite happy that Banana Guy and Desert Warriors are included in large numbers, although it seems like we’re back to boxing off the Animal Suit Costume Minifigures as the “rare” minifig of the series, with only 3 per box.

For army builders like me, I’m looking forward to collecting as many Banana Guys, Penguin Boys, Desert Warriors and Rogues, and maybe an army of babies from the Babysitters because why the heck not!

Check out the photos below for a closer look at each Series 16 minifigure!

Hope you’re as excited for these as I am – tell me in the comments which ones are you looking forward to the most. Or if you’re lucky enough to be in the United States and got your hands on some, let me now which are your favourites!