LEGO have just officially unveiled 3 Jurassic World sets, ahead of their official reveal at the Nuremberg Toy Fair in Germany.

Three sets were showcased at the Toy Fair and thanks to The Brick Fan, we now have a better look at these 3 sets. LEGO have shown off a regular LEGO set, a Duplo and a Juniors set.

There will be a grand total of THIRTEEN, yes, thirteen Jurassic World sets spanning LEGO System, Juniors, Duplo and Brickheadz. 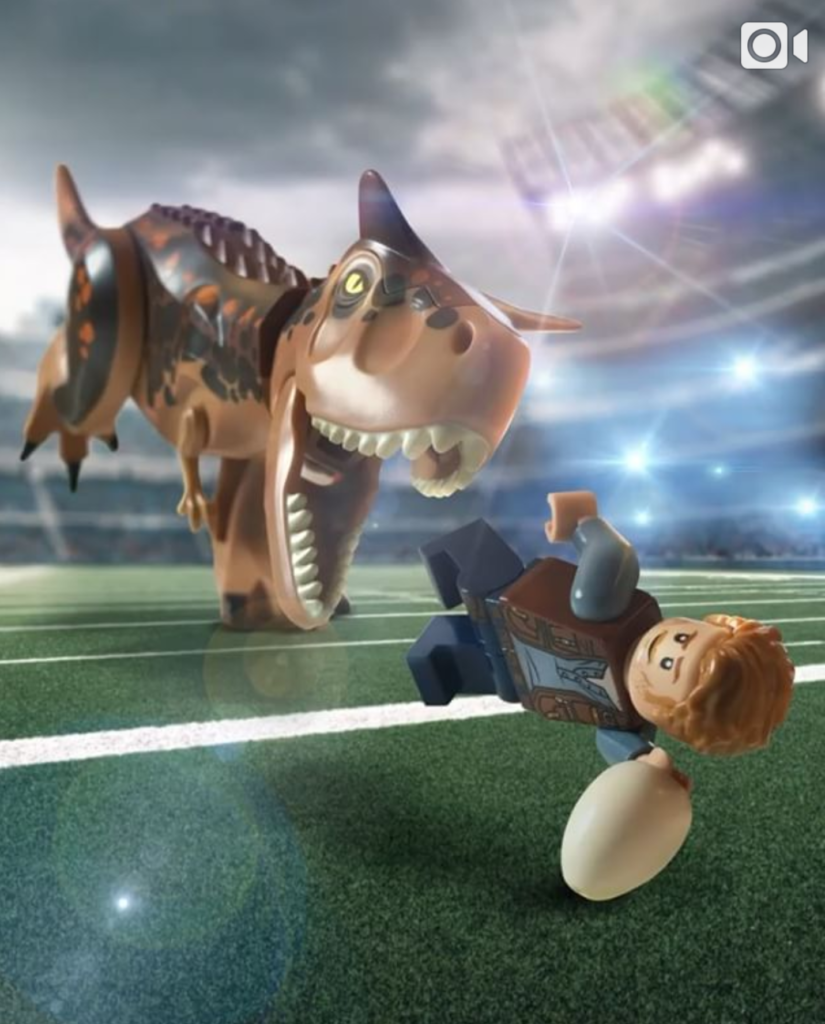 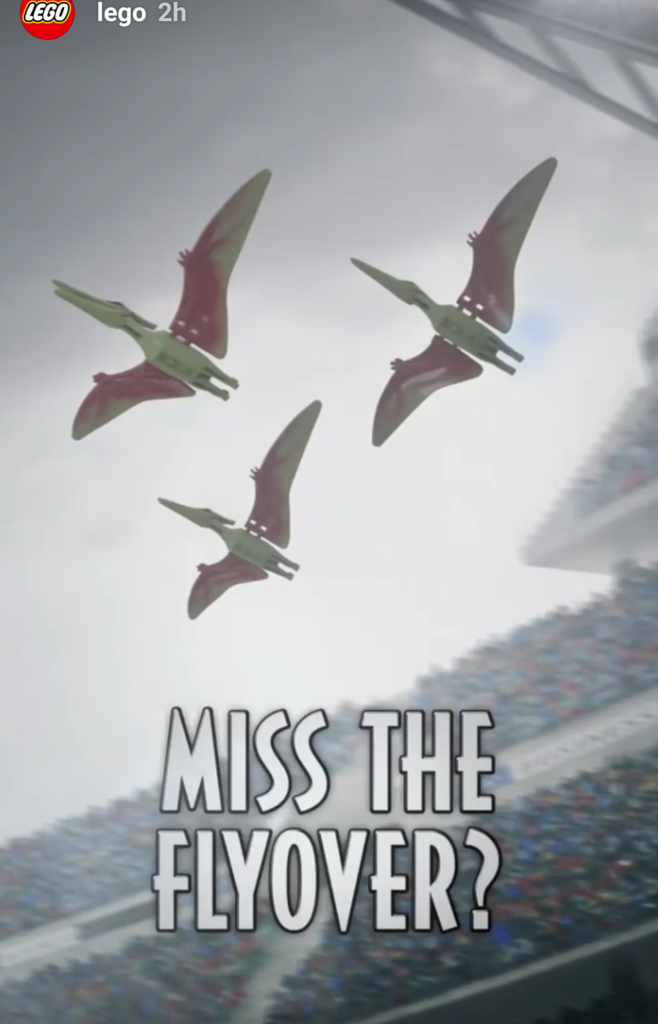 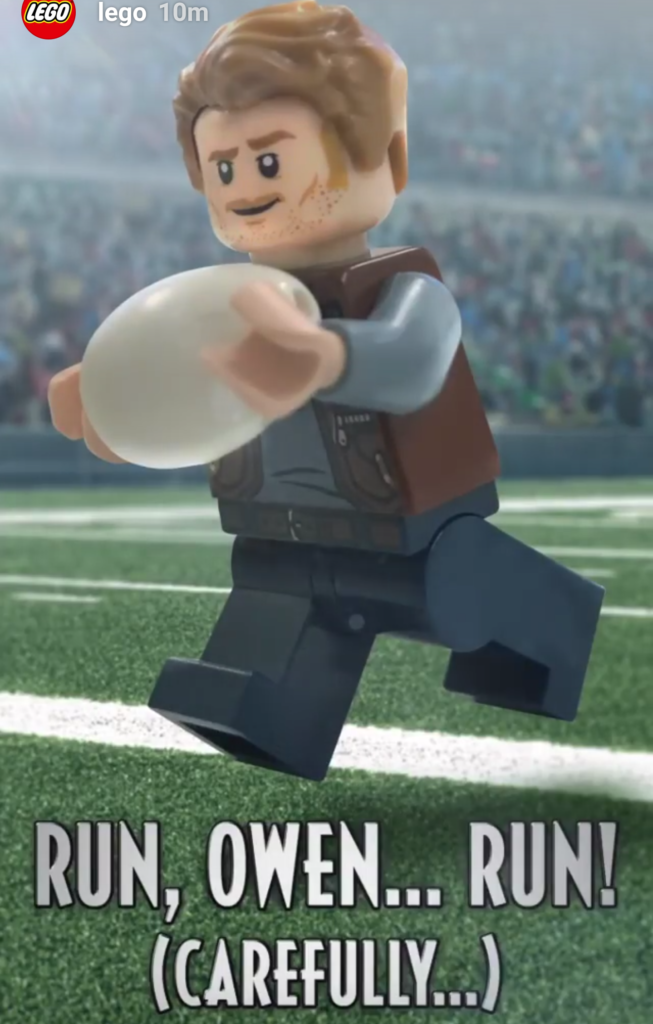 Courtesy of LEGO’s Instagram’s account during the Super Bowl, we also get our first official glimpse as the new big bad dinosaur from Jurassic World: Fallen Kingdom, the Carnotaurus, which kinda looks like a T-rex with horns. Really bad-ass.

We also got a look at new pterodactyls, which have a new colour scheme and a closer look at the new Owen Grady minifig.

First up, we have Blue’s Helicopter Pursuit, a medium-sized set featuring everyone’s favourite Velociraptor, Blue. It looks like her’s being hunted down by a Helicopter and Owen, who is trying to bait her with what seems to be her egg.

Blue has new markings across her body compared to her previous outing and looks wilder and more feral. Owen played by Hollywood heartthrob Chris Pratt (still feels weird to say that), also looks to have a new updated hairdo, taking style cues from that the other hotter Chris (Evans) aka Captain America.

Most interesting to me are the new Jurassic World Juniors sets. We get a peek at 10758 T-Rex Breakout featuring everyone’s favourite momma tyrannosaurus rex, Rexy.

This seems like a fairly affordable way to get your hands on Rexy, and the set seems like it’ll be a fairly great introduction to Jurassic World and dinosaurs for young builders who aren’t quite ready to move on to regular more detailed LEGO sets. 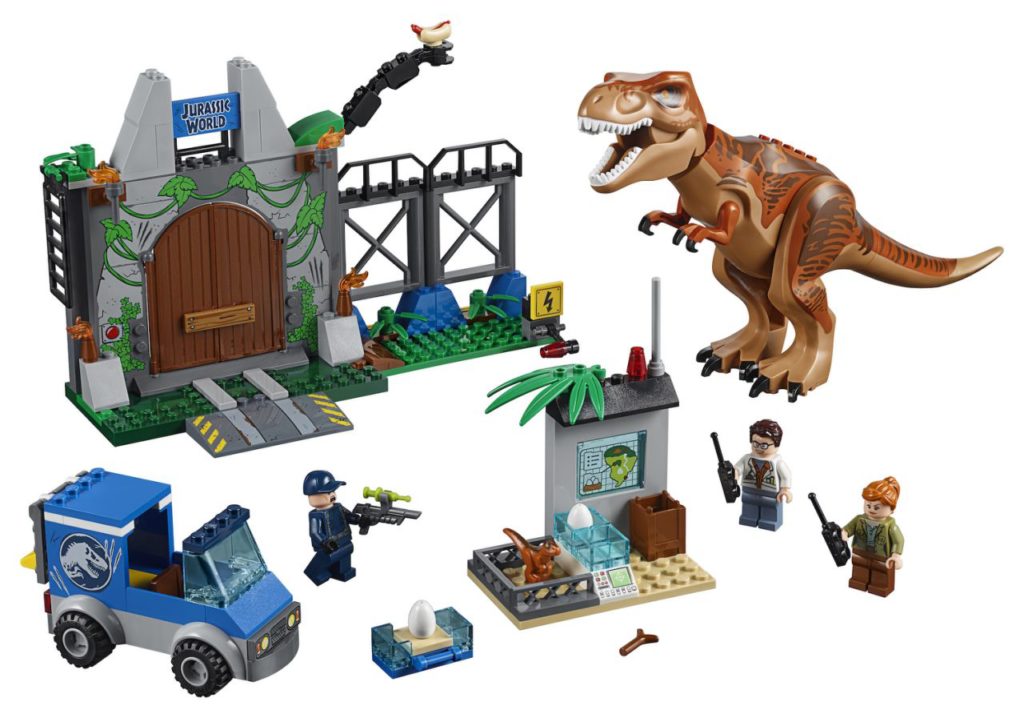 The set includes 3 minifigures, and the Jurassic World gates, as well as what seems to be a baby dinosaur! I’m looking forward to picking this set up, as Juniors sets do not have stickers, which means all the elements you see in the photo above are printed.

The printed Jurassic World gate overrun by vines also looks pretty good and the pricepoint seems kinda decent, considering the fact that you get a LEGO T-Rex figure. 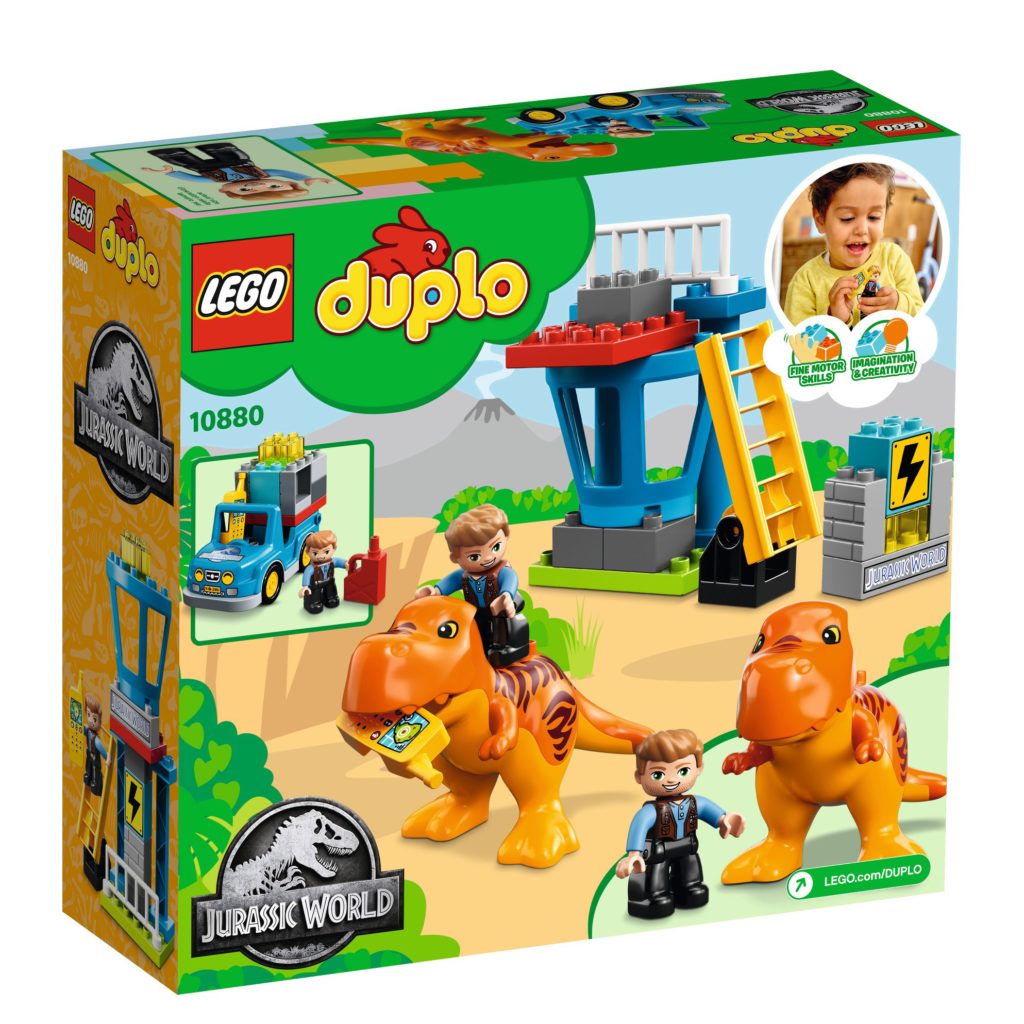 Lastly, we get a look at the first Jurassic World Duplo set, 10880 T-Rex Tower. Featuring what seems to be Duplo versions of Rexy and Owen, this set is great for parents with toddlers that intend to get them into dinosaurs. 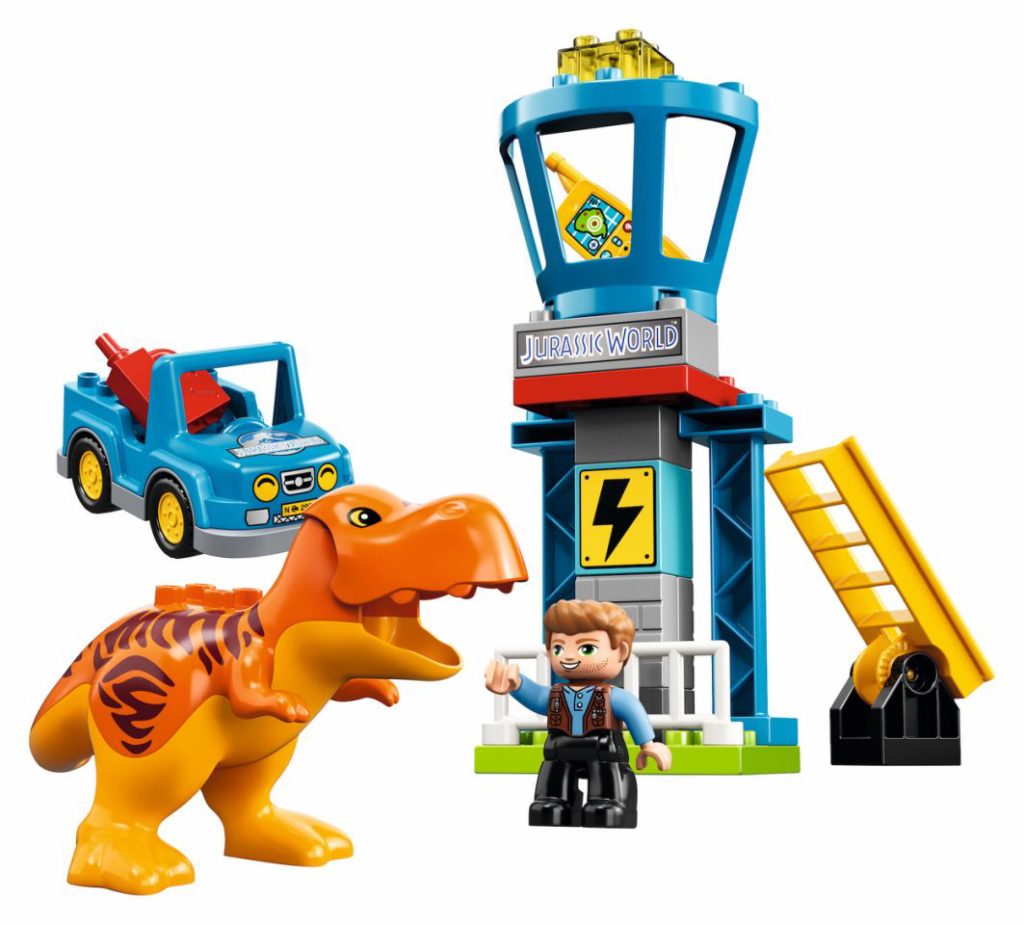 I have a young daughter that will be turning 2 in a few months, so I’m definitely getting this for her. It’ll be a great uh, educational tool to teach her about dinosaurs and Chris Pratt.

For more photos of the sets revealed at Nuremberg, do check out Promobricks’ Facebook album below:

There will be more sets within the Duplo, Junior and System range, so keep a lookout on this post for more details and photos when they’re eventually revealed. LEGO Jurassic World will be released in stores in mid-April, so not long now!

Let me know what you think of the Jurassic World sets so far! Are you as excited for these as I am?

If you want to relive the LEGO Jurassic World sets, feel free to go through my reviews of the last wave of sets from 2015.