Here’s part 2 of the review! On another note, I found this shop tucked away in Bangsar Shopping Centre which so happened to have a fresh box of Series 6 minifigs! So I’ve pretty much got everything I want this time round. I could always do more with more Roman Legionaries though…

Butcher “Howdy! How about some meat?” 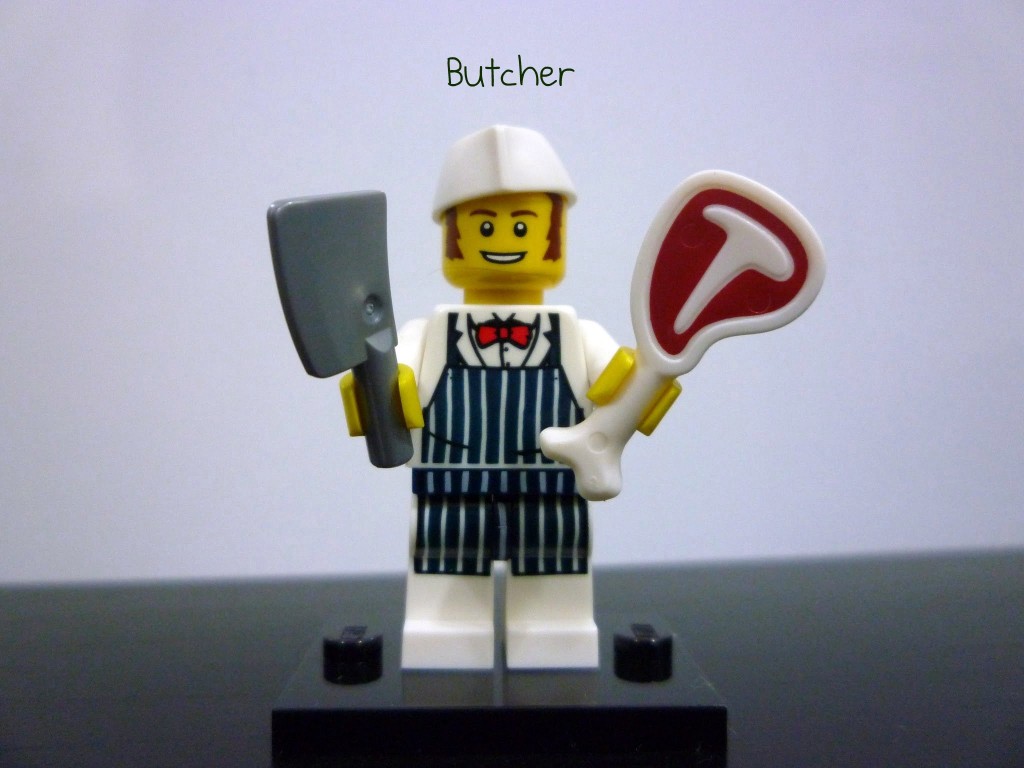 Simple one here! The butcher has a really cool hat, which I’m fairly certain is new. If I’m not wrong, his cleaver is new too. Will come in handy for any homicide scenes or whatnot. Best part of this guy is his piece of meat. This would’ve been a nice accessory for the Caveman (series 1) but it works well here. The butcher’s apron and little bow tie is also a nice touch. Nothing much to hate about this guy! Would go great with any Town/City scenes! 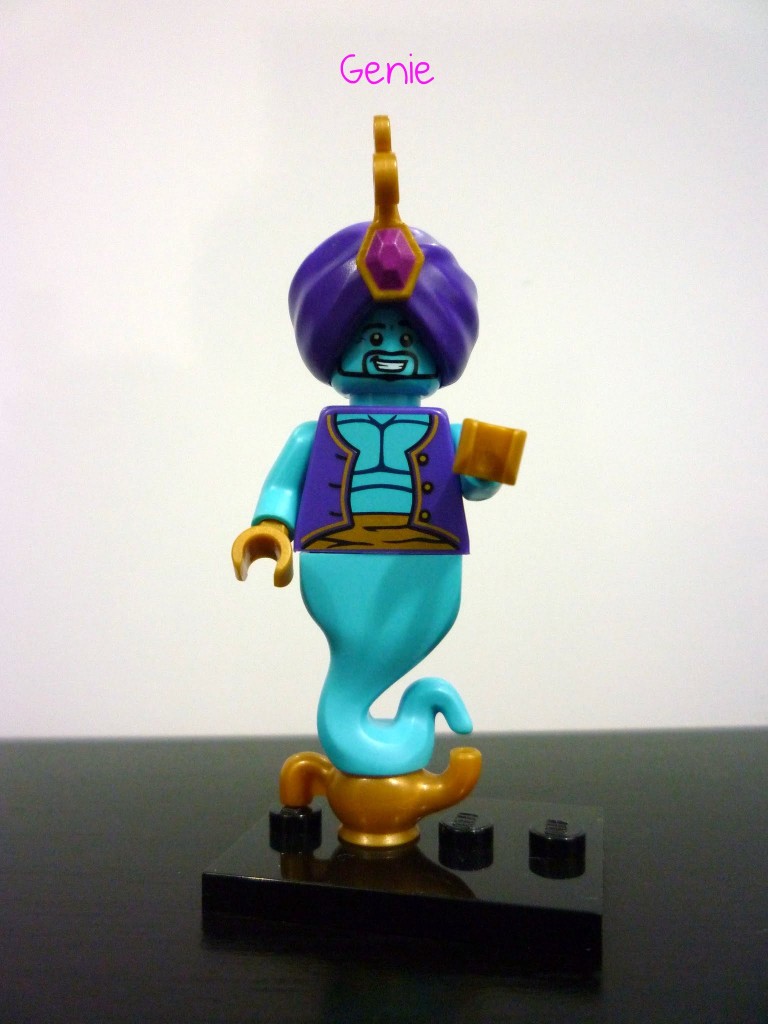 The Genie is a fantastic addition to the Minifigure family! From his custom feet, to pimp purple turban (with the cool jewel thingy), blue head with customary Genie grin and even a Magic Lamp thrown in for good measure, I really like this guy. If I had a ton of Prince of Persia sets, I would waste no time trying to recreate some scenes from Aladdin.

Mechanic ““Sure, I can fix that…but wouldn’t it be even cooler with a rocket engine?”” 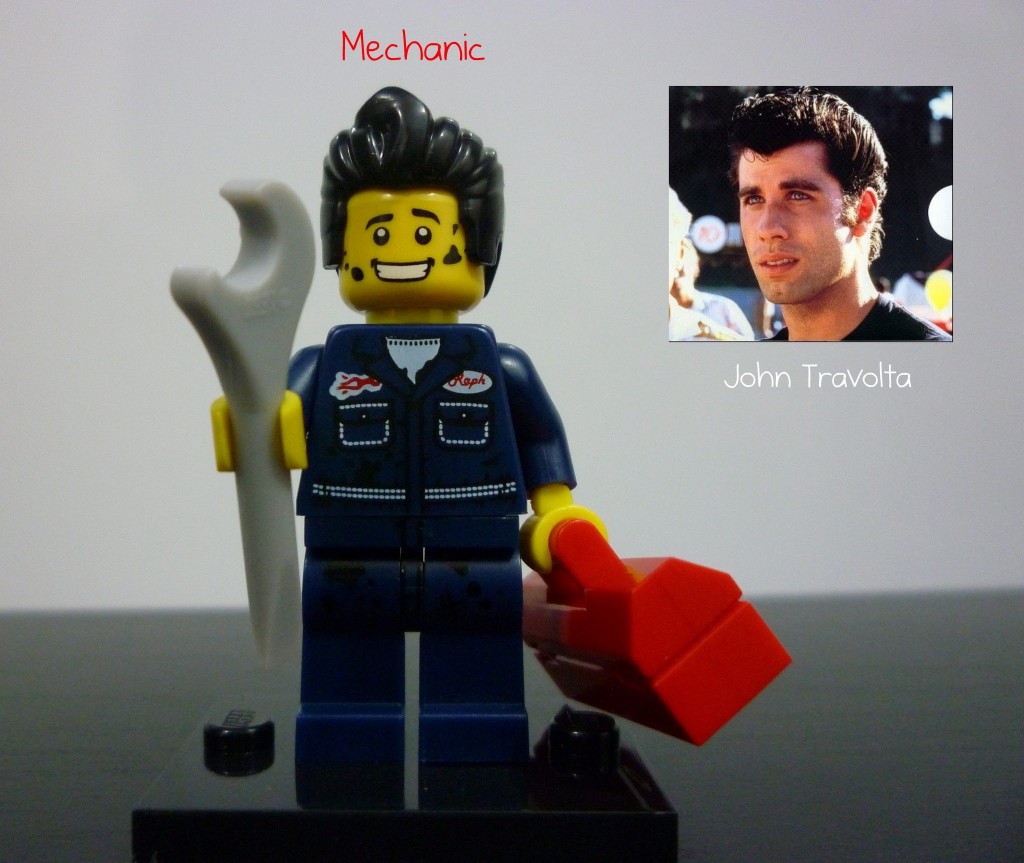 Here’s Lego homage to teen musicals, a loose rendition of John Travolta’s iconic character in Grease. First of all, love the hair piece, if you compare them side by side, Lego has totally nailed it. The mechanic comes with a huge wrench, decent sized toolbox, but my favourite bit about him is the attention to detail. The blots of engine grease on his face, shirt and pants are a really nice touch.

Here’s one that took me quite by surprise at how well it was made. Initially, when pictures of Series 6 leaked out, I didn’t give the bandit much thought, but was glad I decided to get one. It’s a really bad-ass looking minifig all from his facial expression, to black (new colour for pistols!) pistols, scarf mask and most of all, the detail of printing on the body. He’s one of the few minifigs in Series 6 with both back and front printing and hey, who wouldn’t want a dude with bandoliers all over him? On another note, seeing this guy makes me wish Lego would bring back the Sheriffs & Indians theme.

Minifig Rating: 8/10 (bonus points for back and front printing and slick black pistols) 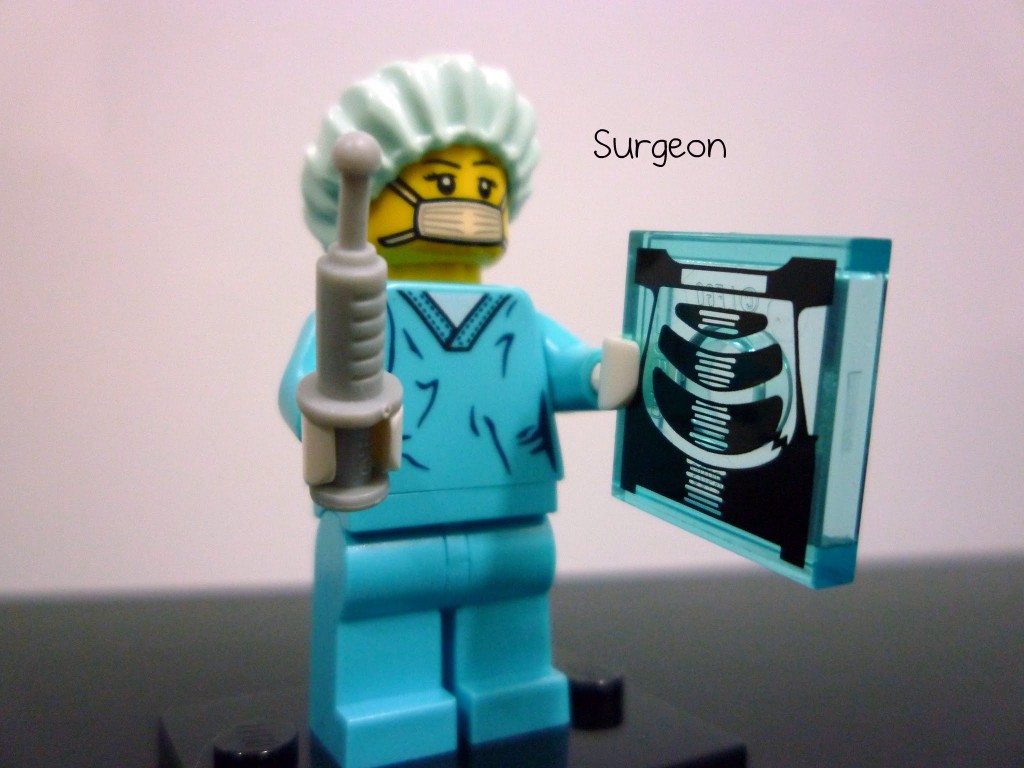 Here’s one of my personal favourites from this set. It’s a really simple minifig, you get a syringe, and surgeon cap, but I really like the x-ray plate that comes with it. When I first saw picture, I didn’t dare dream that it would be translucent. It’s nice to see Lego getting back into civilian themes like hospitals instead of the same old police and firemen.

Here’s a look at the surgeon in action. 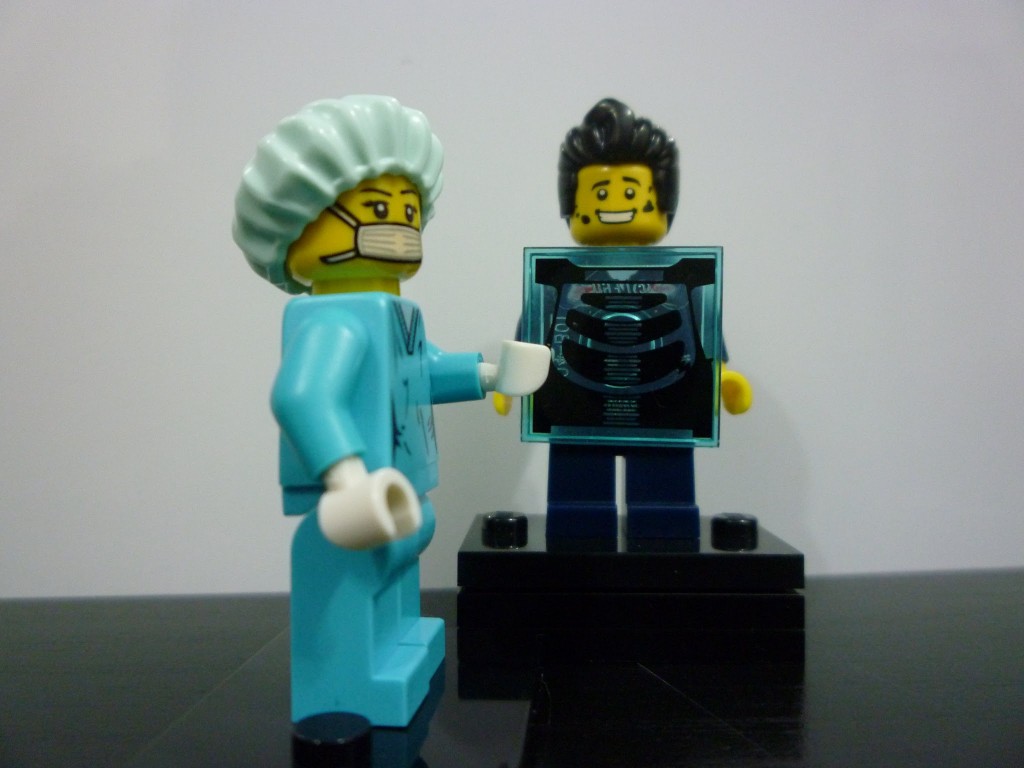