This is the third and final review for Series 6. Note that I didn’t get the entire collection (I never usually do) and this time I skipped the Flamenco Dancer and Skater Girl. Now, I’ve saved some of the best picks from Series 6 for my last review, so here goes. I tend to like ‘boyish’ Lego pieces, so expect a lot of swords and laser guns in this one.

Each random pack of minifigures costRM9.90. Available now at most Toys ‘R’ Us stores.

Highland Battler “They may take our bricks, but they’ll never take our imagination!” 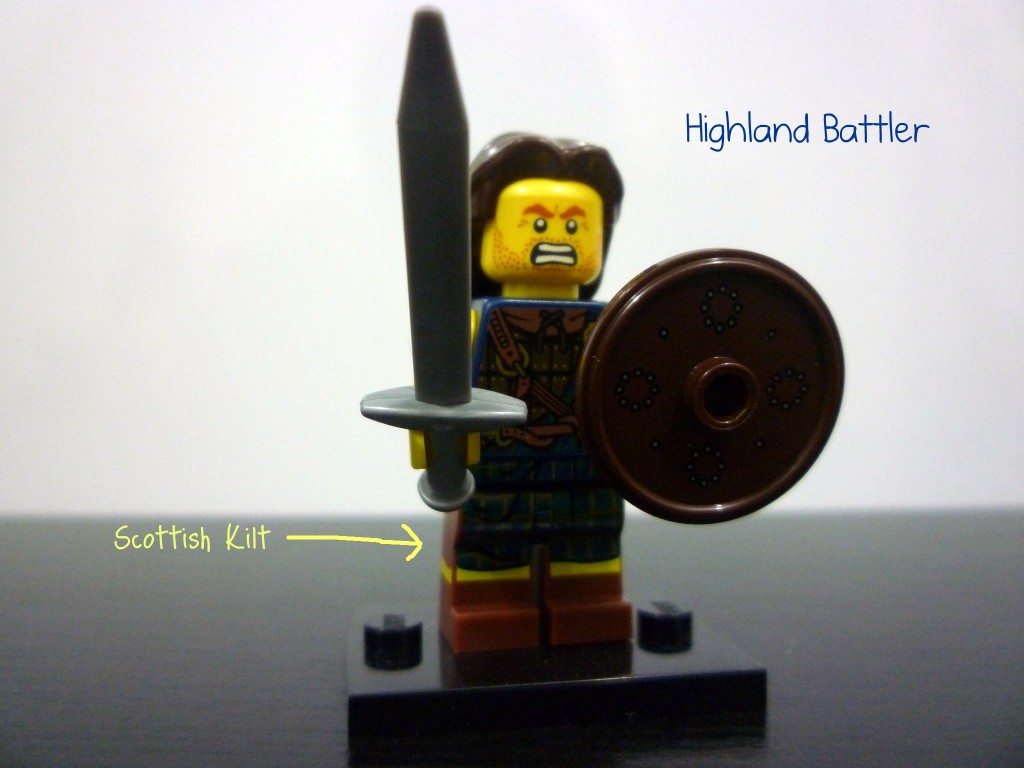 Here we have Lego’s tribute to the epic flick, Braveheart. This guy has great prints on it’s shield (thanks Lego for not opting for a plain round shield), a new(?) long hairpiece and pretty detailed torso and leg prints, which feature a Scottish kilt. I was surprised that the sword included with this guy is a totally new sword. It’s very sturdy and looks like a proper longsword, instead of the flimsy ones Lego have been trying to pass off as swords. I suspect that that this sword will be the standard in this summer’s upcoming Lego Lord of the Rings theme. I wish his face would have been painted blue ala William Wallace.

Intergalactic Girl “No thanks needed. I’m just doing my part to make the spaceways safe!” 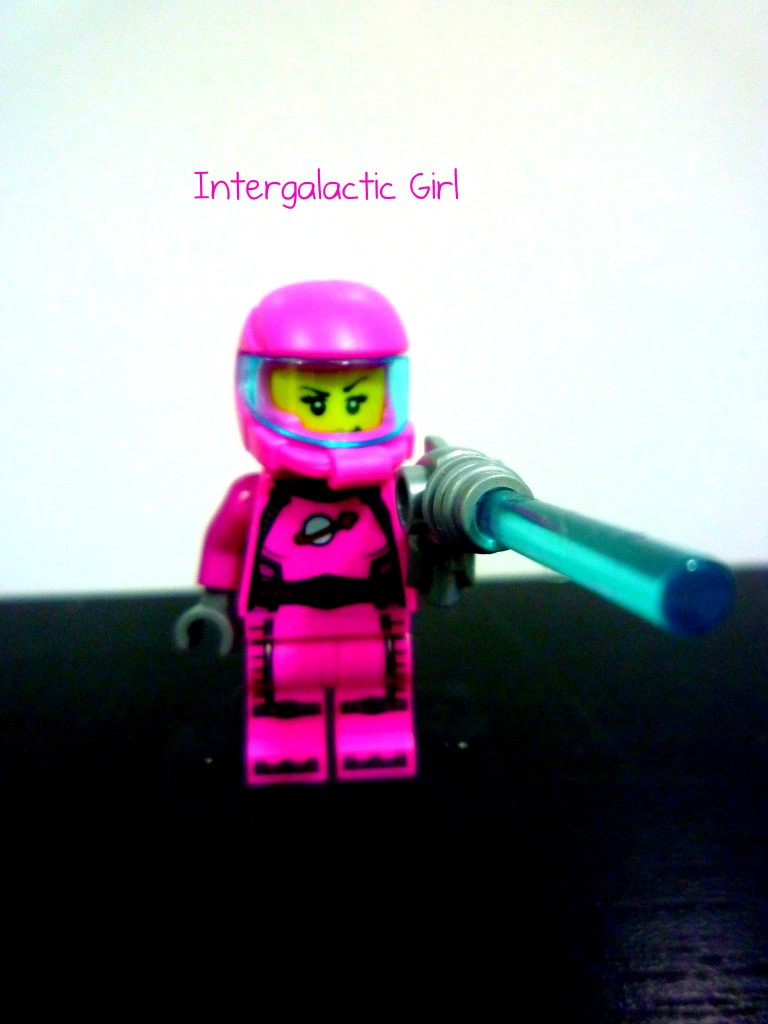 Here’s one of my favourites from this series, the Intergalactic Girl. Love the pink on it and the homage to Lego’s Classic Space theme. Placed next to other minifigs, Space Girl stands out in incredible fashion. 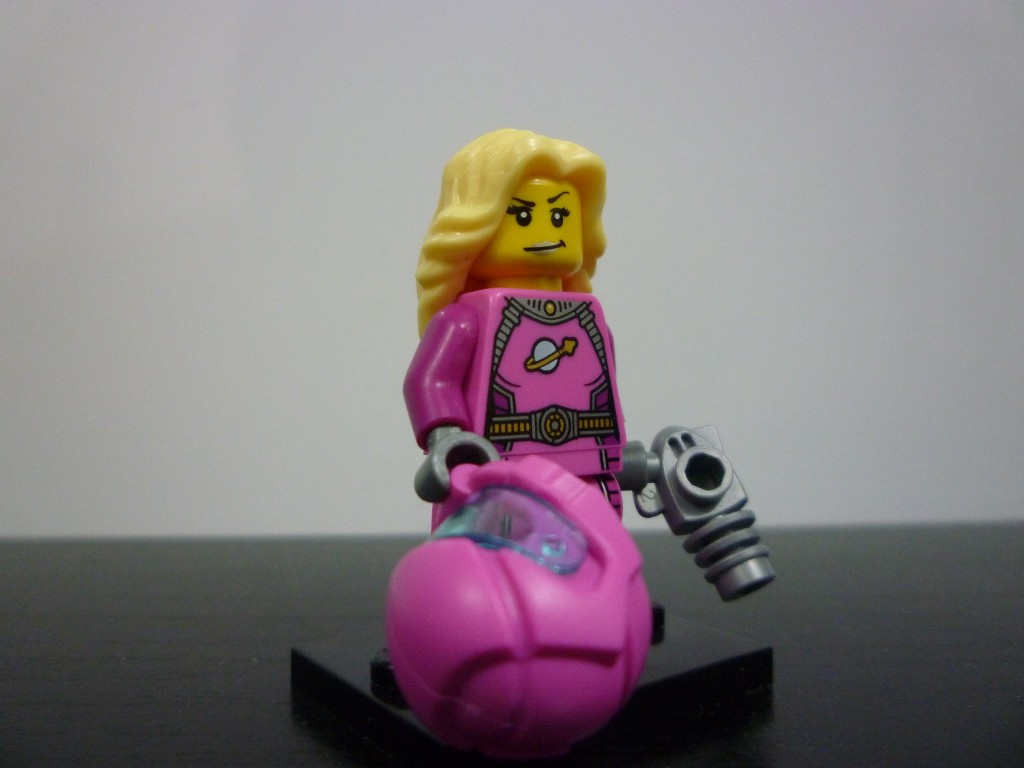 With her helmet off. Look at that totally awesome smug look she has on her face! I really like the metallic silver lipstick she has and also love the fact that Lego included a blonde hairpiece. Overall, great addition and it should also be noted that I am biased towards anything space related!

Minotaur “Wait, was it left at the next passage, or right?” 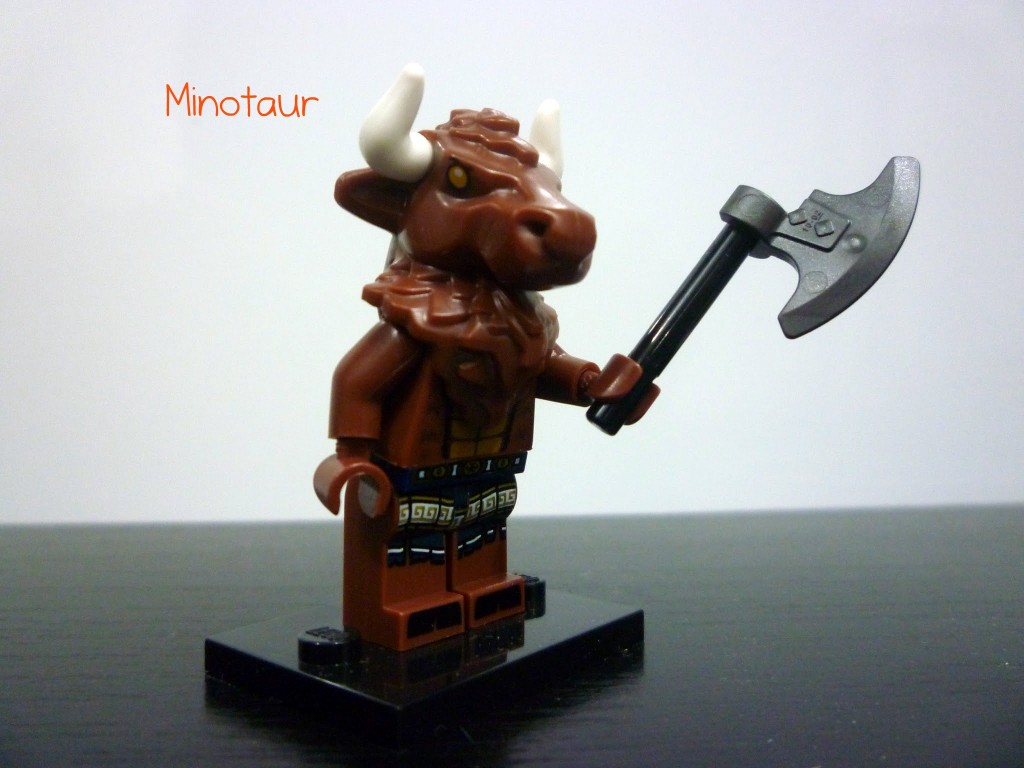 One of the initial ‘stand-out’ pieces from Series 6, the Minotaur got a lot of fans excited due to it’s incredibly unique headpiece. I mean, anytime Lego does anything close to Greek/Roman mythology, it’s got to be a plus. The real thing, however was far from the hype it generated. The headpiece is nice, it’s nicely sculpted and the eyes are painted nicely. They also used proper cow horns instead of the usual teeth pieces. 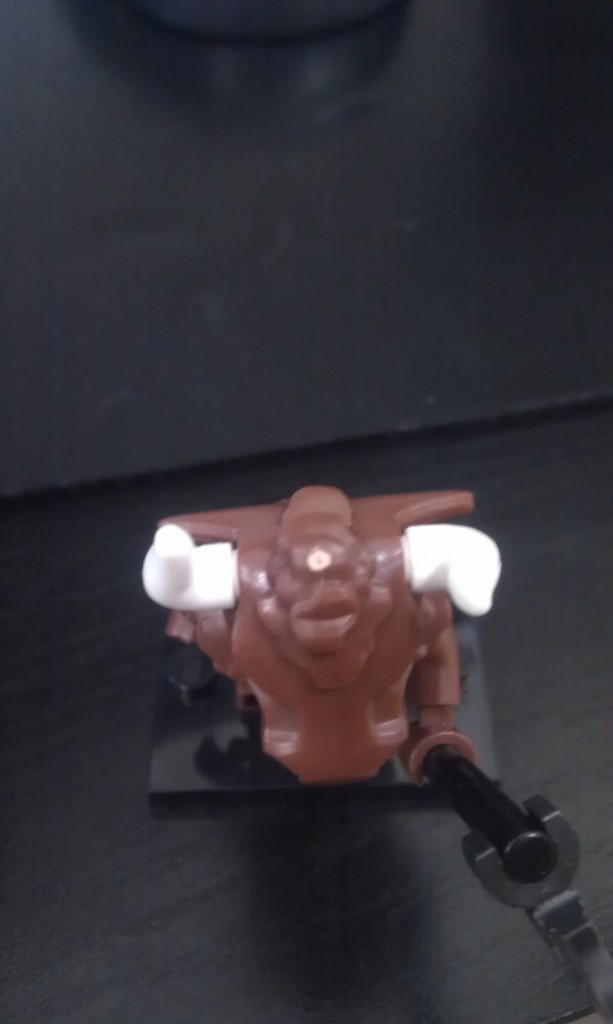 Here’s my biggest peeve about the Minotaur. Excuse the photo quality, but spot that little white speck on top of its head? It irritates me to no end that such a glaring production error like this was allowed. Sadly, it’s not an isolated incident and appears to affect all Minotaurs. Sure I could paint it over, but meh, extremely disappointed at the shoddy workmanship. 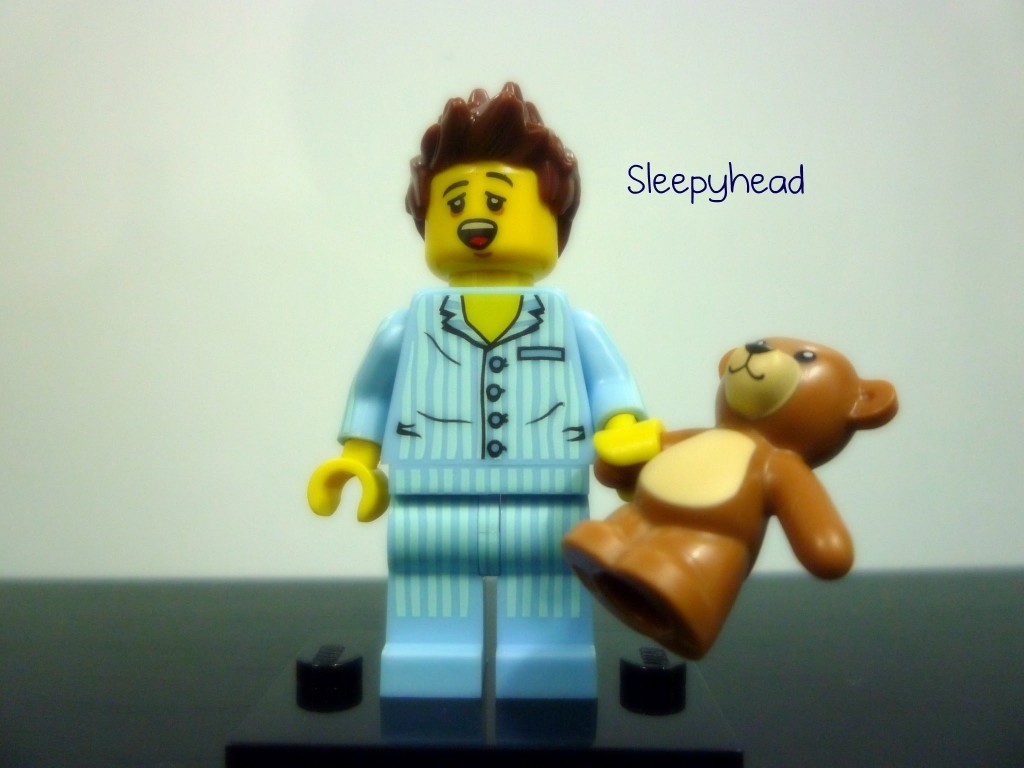 On to the Sleepyhead, one of the top picks for Series 6! I mean, just look at how adorable he is! He’s got eyebags (he has a reversible face, but more on that later), cool striped pajamas and even a teddy bear to hold! And his hairpiece is a beauty. Although it looks more spikey than ‘out of bed’, it’s an incredibly well made minifig to have. So much personality! 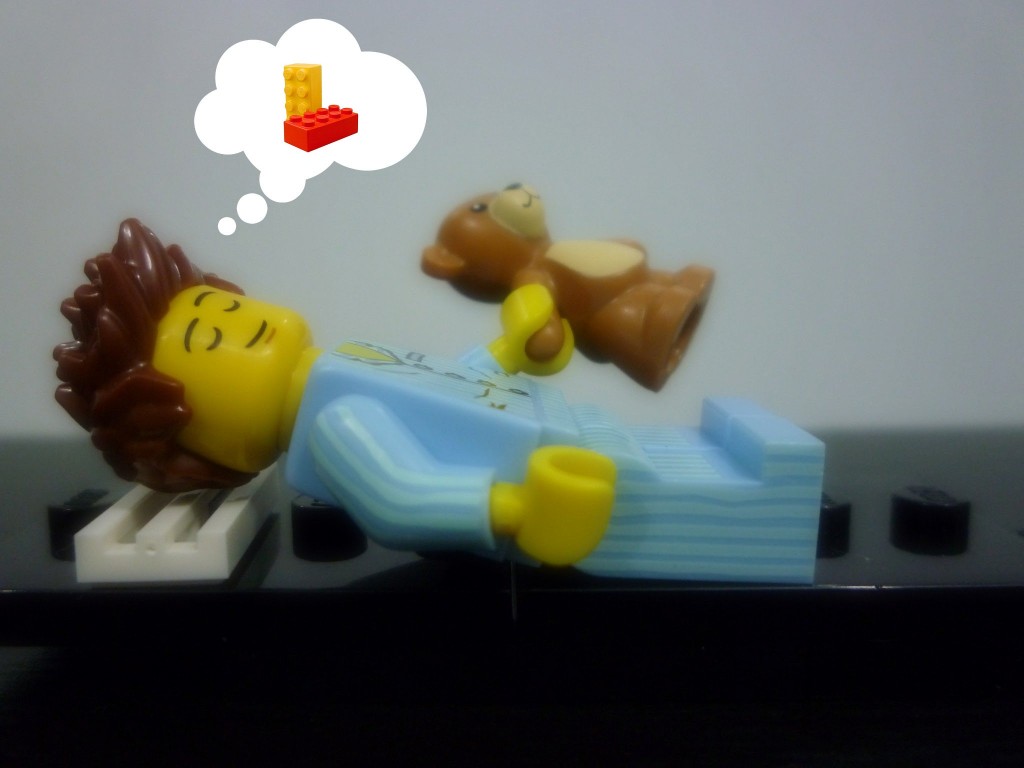 What does Sleepyhead like doing best? Sleep of course! It’s the only minifigure so far which has a 2-sided head, and the sleepy face is just perfect. Will come in handy for a lot of custom builds. The teddy bear accessory is brilliant. Unlike the bear found in the Lego Toys ‘R’ Us Truck, this one actually fits into a minifig’s hands and can fit into studs as well. The printing on the bear is perfect. 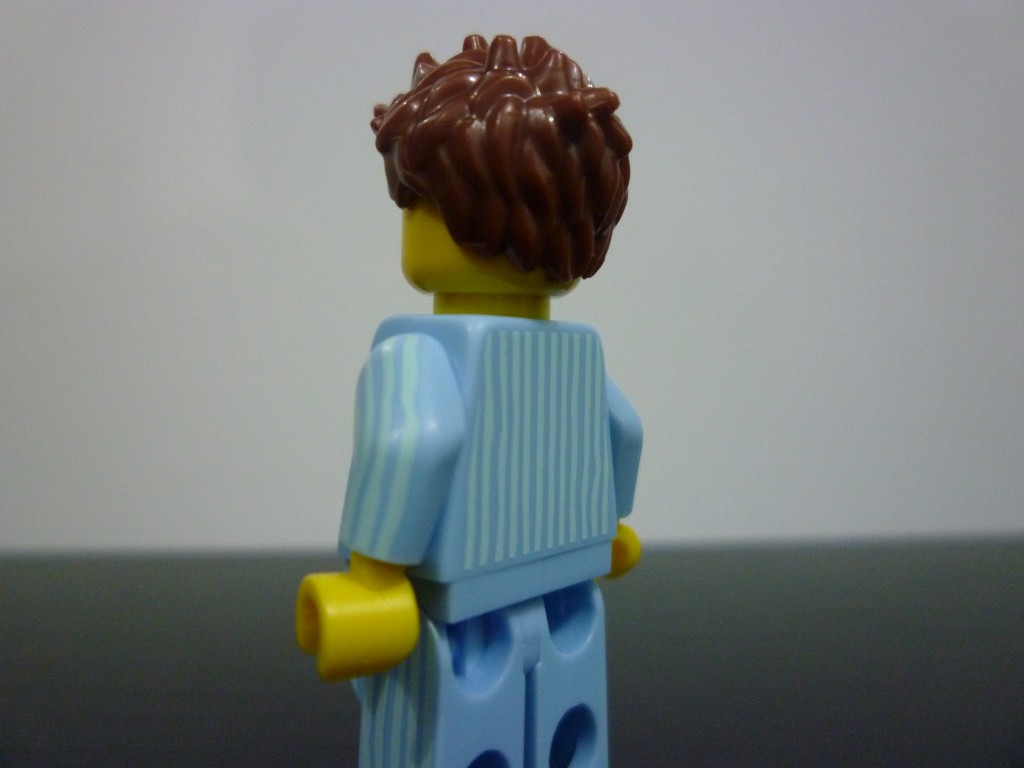 Did I mention back printing on his pajamas as well? Again, look at that magnificent hairpiece! It’s just a pity Lego doesn’t really do back printing for the legs… but a man can dream. 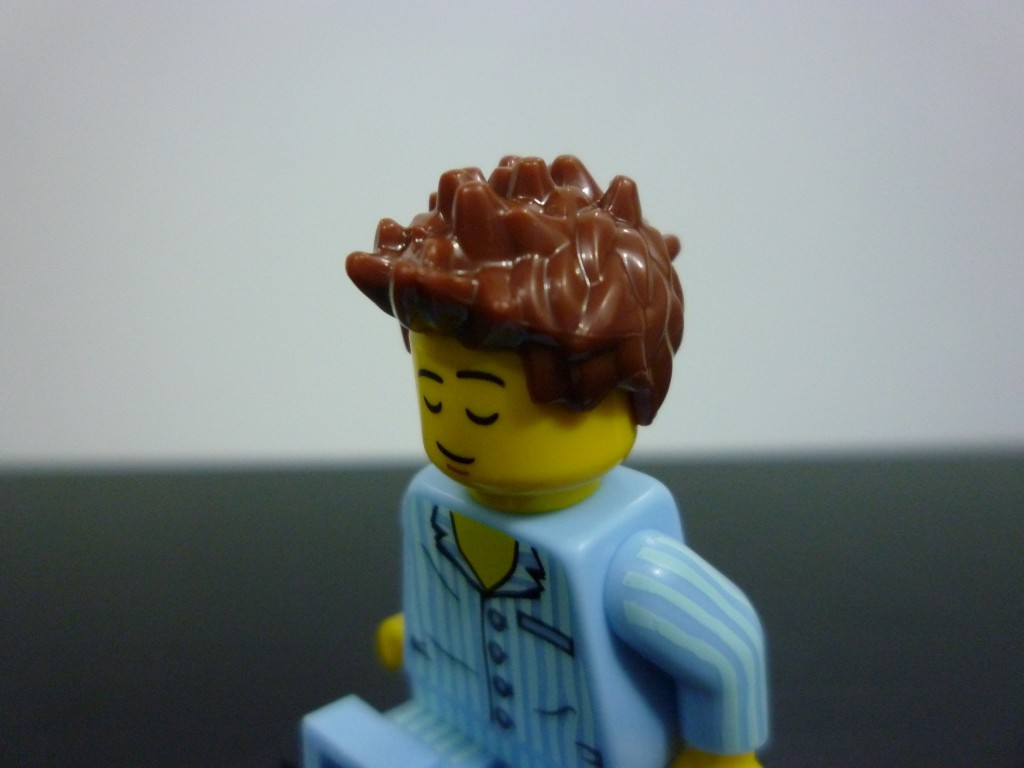 Here’s a closeup of the hair. It’s made by high quality non-squishy plastic, so this is a top-notch accessory. Look at that attention to detail!

Roman Soldier ““I’ll march anywhere, fight anyone, and build anything you command!” 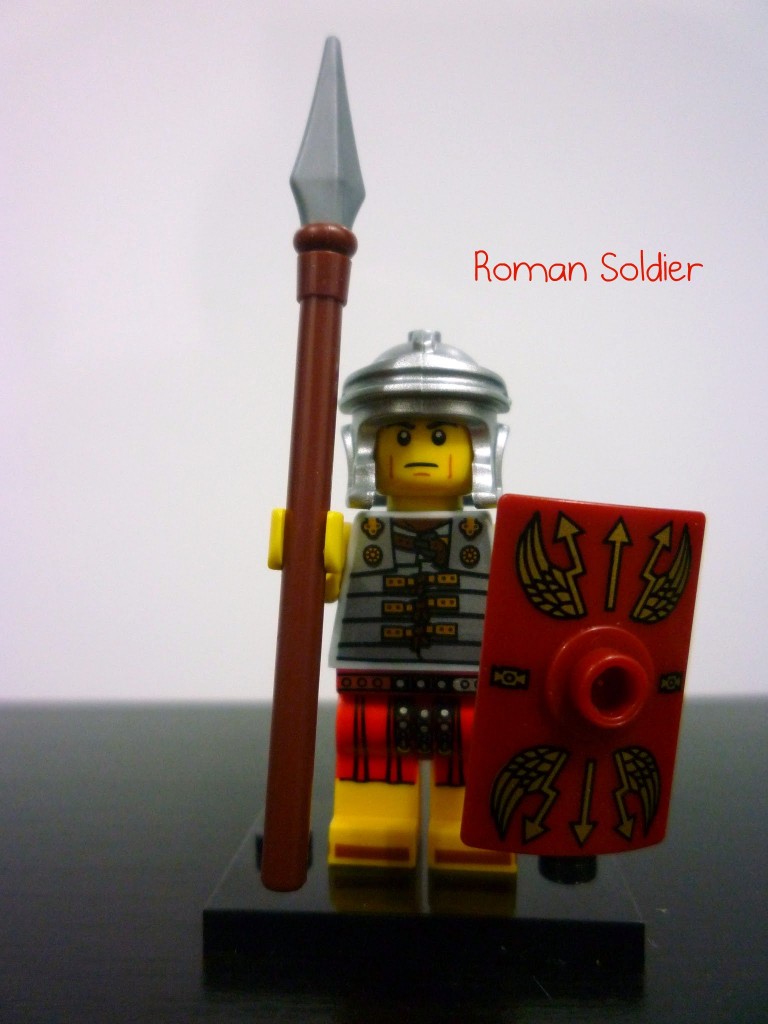 Say hello to the most coveted minifig in Series 6, the Roman Soldier. There’s only THREE in each box so this guy is as rare as it gets? Why? Simple, Lego fans love building armies and having a whole legion of Roman Soldiers gives you a pretty bad ass army to work with. Great stuff that the helmet (which has a tiny hole for accessories such as plumes or feathers) is shiny. The spear is also unique-ish, it isn’t the regular spear with the pointed tip and the shield is lavishly printed. The print on the body is fantastic and what I love most is the ‘sandals’ that he has going. 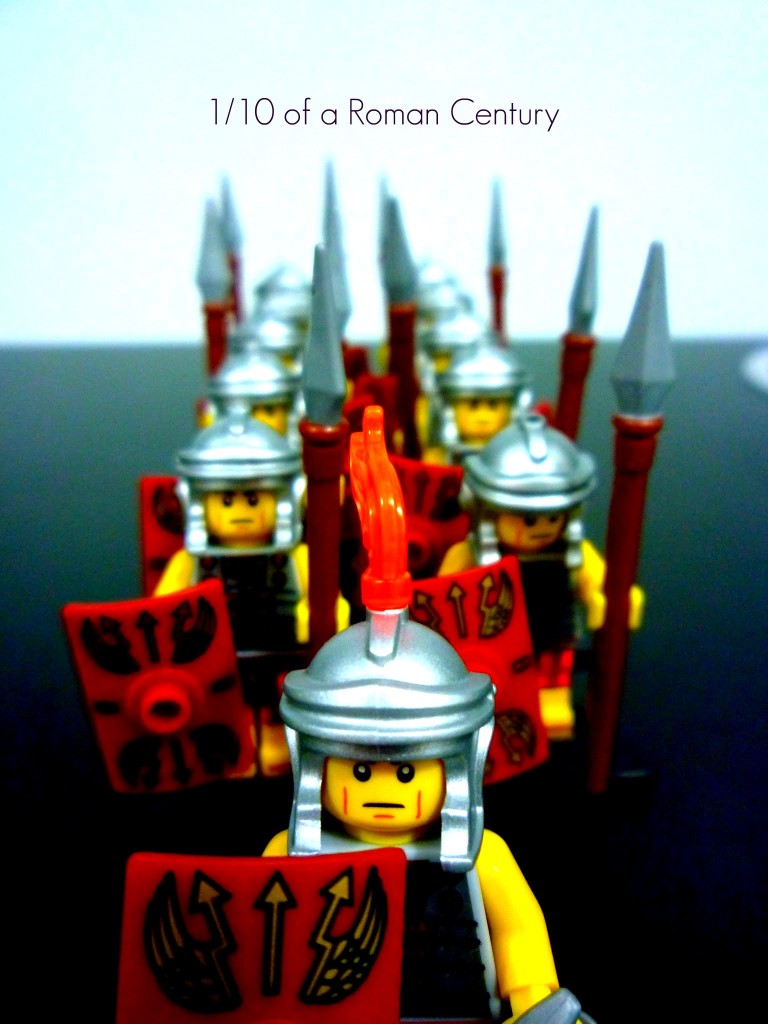 I have literally been doing nothing else but tracking these babies down for my conquering Roman Army. I managed to get 11, so I’m pretty pleased with myself. It wasn’t easy. Chances are, if you aren’t getting a fresh box, these guys would most likely have been snapped up by zealous fans. These boys are easily going for double, almost triple their cost price on Bricklink and Ebay. Nuts. 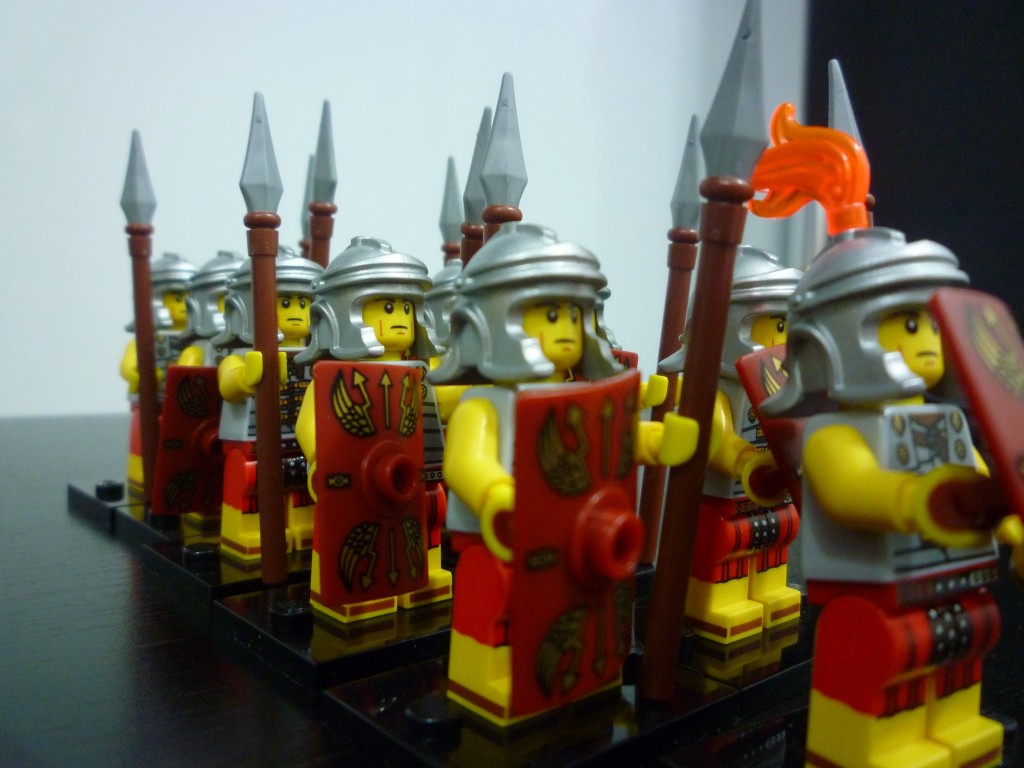 Here’s a look at my army so far.

And we’re done! Bring on Series 7 I say! Can’t wait for Series 7, it looks to be the BEST set so far. Not going to be good for my wallet, but oh well.