I’m going to go back to what I love best, reviewing Lord of the Rings sets! After my brief flirtation with Lego City, it’s time to return to my favourite Lego theme with the smallest set in the first wave of The Hobbit sets. 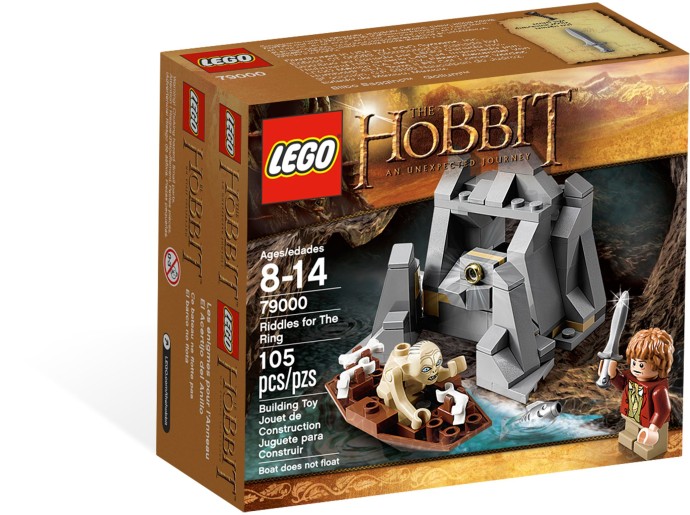 I actually bought this set a long, long time ago, when The Hobbit sets first made their appearance on toy shop shelves but it’s been sitting in my Lego cupboard. Disclaimer, I didn’t build this set. My wife wanted a small Lego set to build because she didn’t want to be left out when I was building the Coast Guard Helicopter! I hope this won’t be the last Lego set that she guest builds! 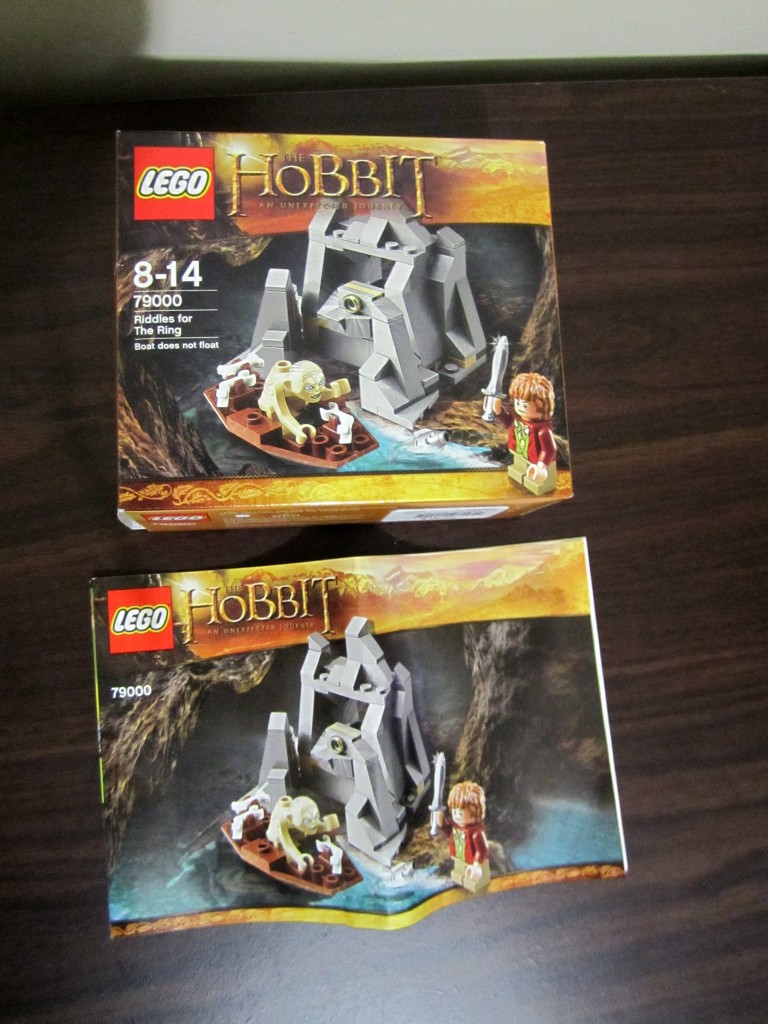 First up, the minifigs. Bilbo, being the “hero” of The Hobbit Lego sets doesn’t show up as often as say Jack Sparrow in Pirates or The Lone Ranger. The only other set that features this identical minifig is The Barrel Escape. He’s decked out in the same maroon jacket, khaki pants and is wielding Sting. Not a bad minifigure to have and it’s nice to be able to get him in an easy to purchase set.

We also get a Gollum minifig, which is undoubtedly the star and possibly the main reason you’d want to get this set. Only appearing in last year’s Shelob Attacks set, it’s nice to have an alternate version of everybody’s favourite slimey ring-obsessed wretch. His face is slightly different compared to his debut. In this version his eyes are more slit-like and he has a bit more of a sinister grin on him, compared to the other version where he looks more menacing. This makes sense as this set depicts the bit in the first Hobbit movie where he has a game of riddles with Bilbo to determine whether he gets eaten or not. 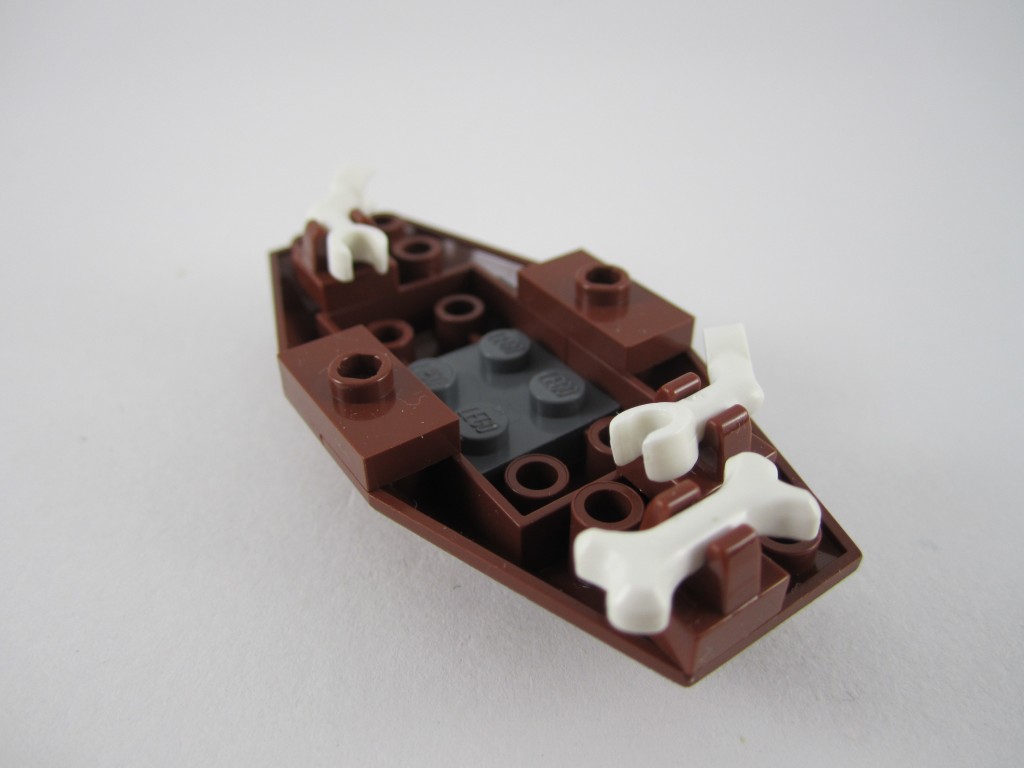 We get a very basic boat that’s littered with what I only presume to be Goblin bones. Gollum uses this boat to paddle back and forth from his little island in an underground lake. 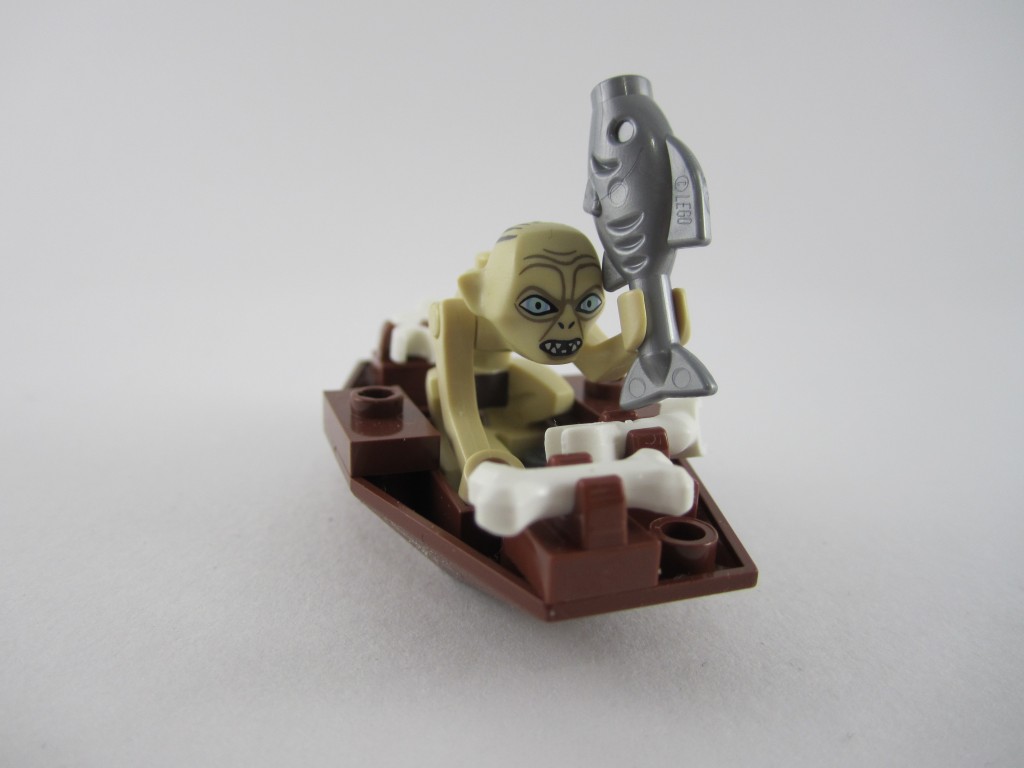 There’s a convenient grey 2×2 plate where Gollum can seat himself comfortable. We also get a nice fish which happens to be Gollum’s favourite food. Remember this little poem that Gollum sings in the movies? 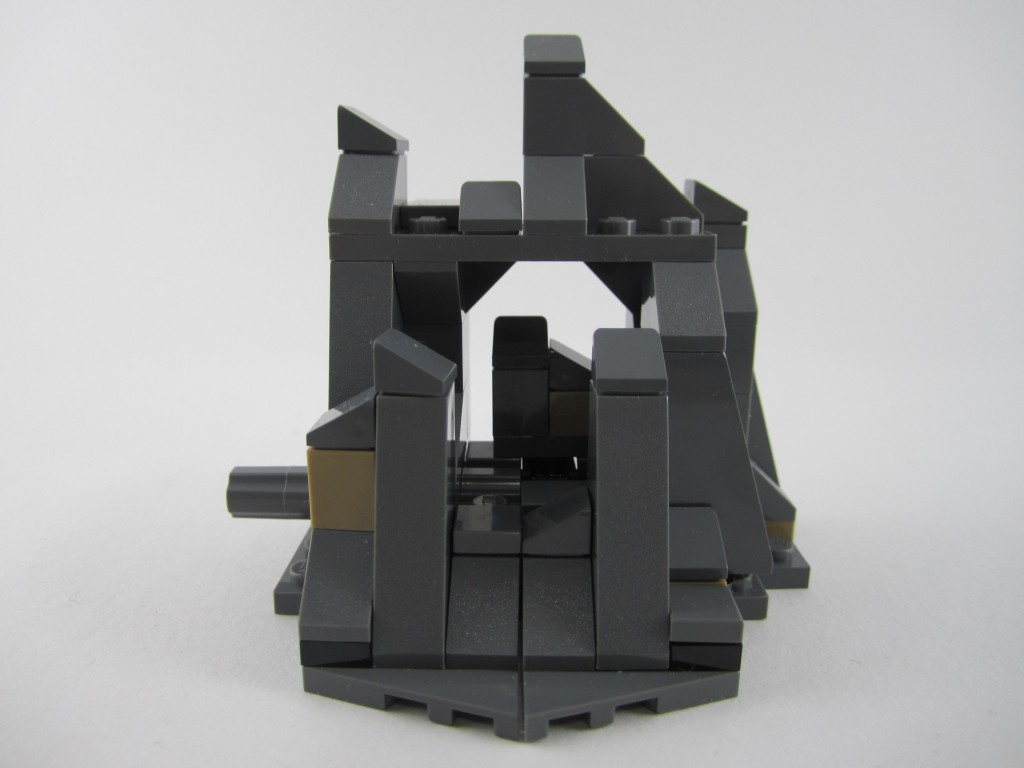 The main structure is really just a generic collection of slop pieces with a tiny play feature. There’s nothing too extraordinary about this structure as its just meant to look like the slimy island of rock in the middle of the lake that Gollum lives in based on the description in Tolkien’s The Hobbit. 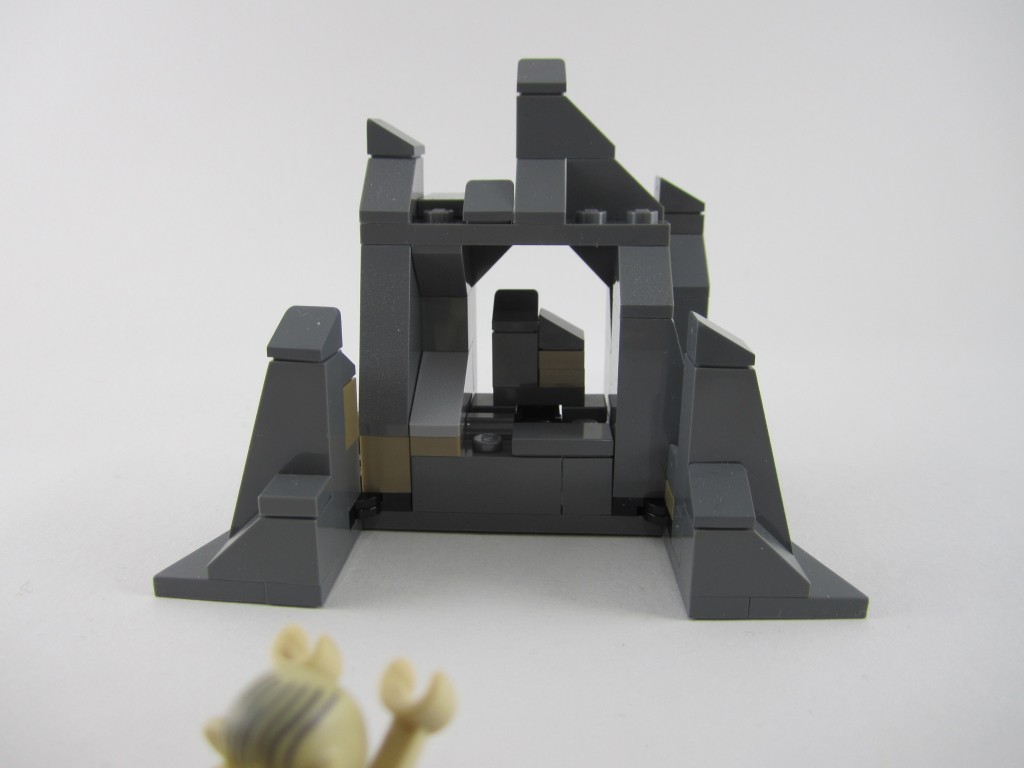 The front bits swivel open, a bit like swinging doors to reveal a little “shrine” of sorts. If you read the books, you’ll recall that on his private island, Gollum kept his most precious treasure, the golden ring in a little hiding spot. It’s pretty cool that Lego took this into account and incorporated it into the play feature of this set. 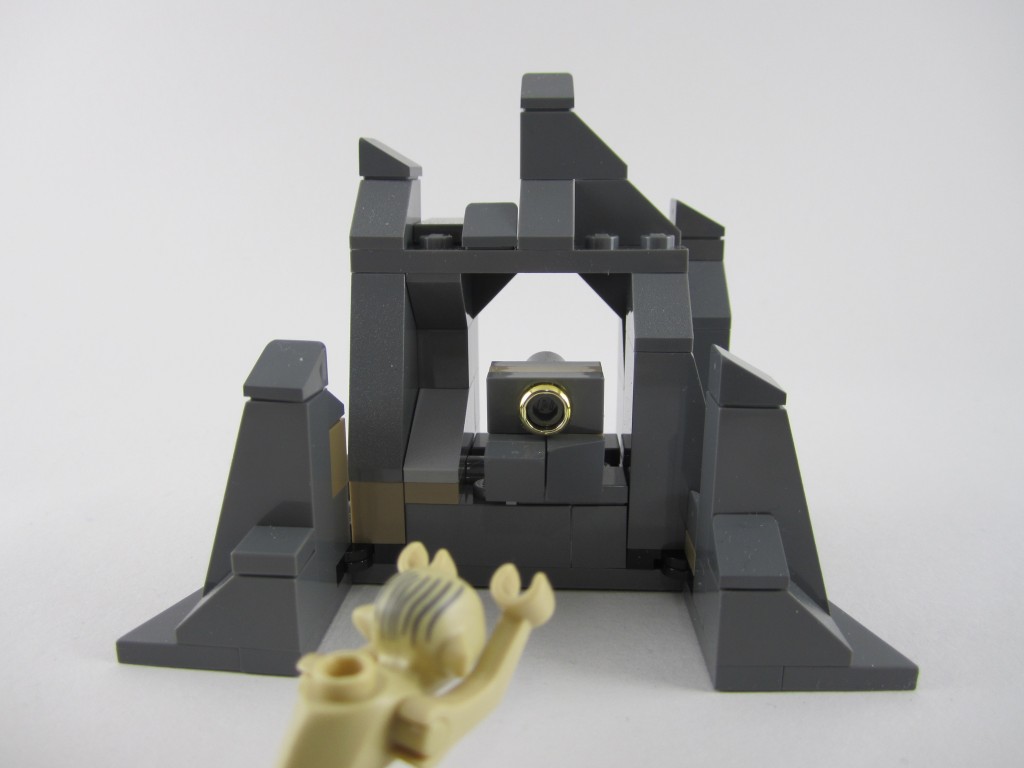 Twisting the lever makes his ring flip to the front, much to the delight of Gollum here. It’s fairly interesting and makes much much more sense than the catapult that we had in Shelob Attacks, where Gollum could be launched into the air. Now THAT made little to no sense. 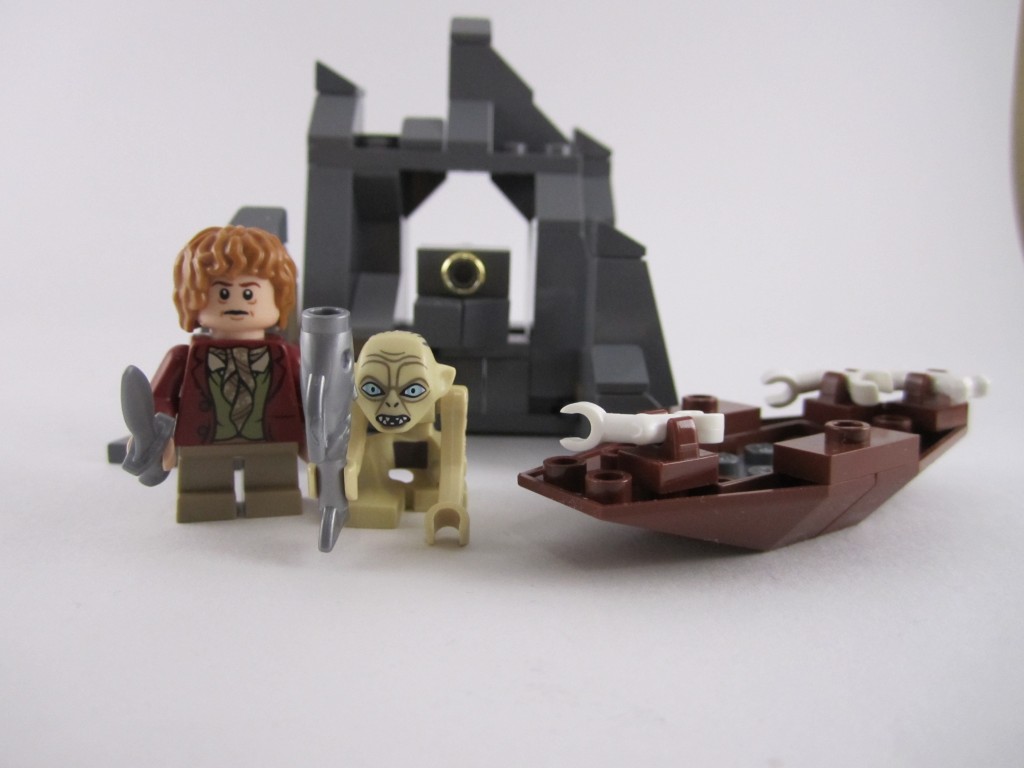 Here’s the completed set when displayed. Not too shabby for a 20 dollar set since you get Gollum and more Rings and of course, Bilbo’s trusty Elvish dagger, Sting. 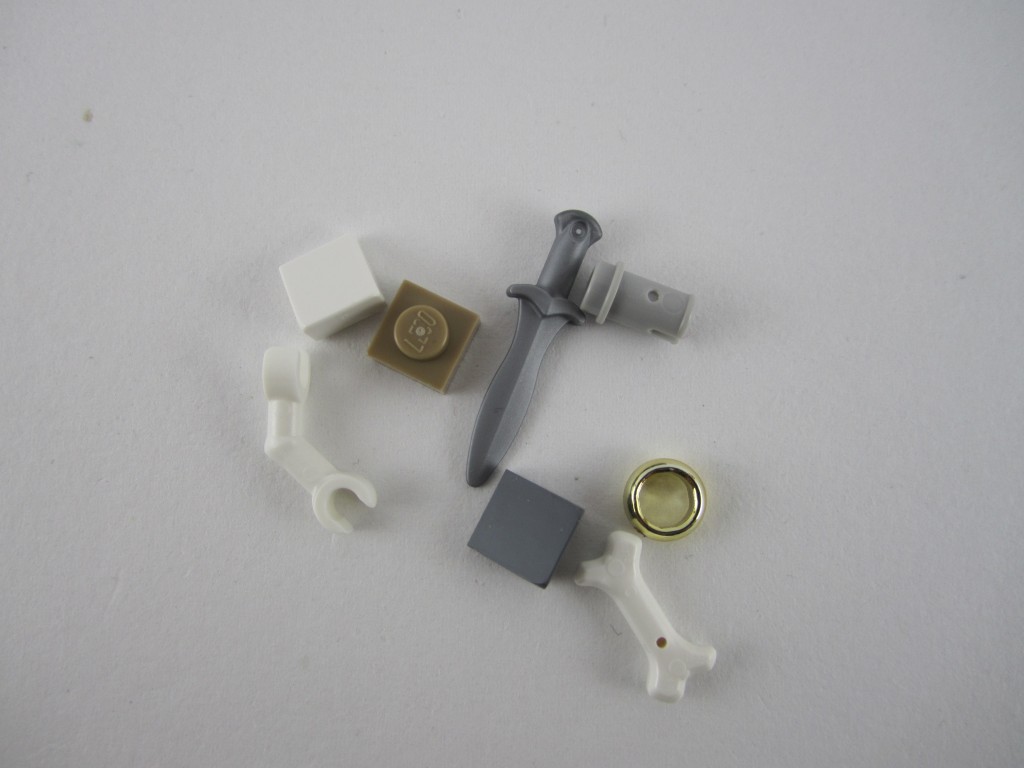 Last but not least, here are the spare parts. We get our usual assortment of spare cheese slopes and 1×1 tiles/plates and an extra Sting but only 1 spare Ring, which I found rather odd since we usually get 2 extra rings. Packing mistake or maybe it’s because this is a 20 dollar set. Your guess is as good as mine.

Final Thoughts: For the smallest of small sets, this is a pretty good buy. You get Bilbo Baggins without having to shell out 70 bucks for Barrel Escape AND of course Gollum, which is the main reason why anyone would pick this set up. It’s great that Lego inserted such an iconic character into the cheapest Hobbit set to make it easy for collectors to get their hands on him. As a set, it’s pretty decently designed, especially when placed within the context of the books and movie. The craggy slope structure might get a little old if you’ve been building Lord of the Rings sets but at 20 dollars, you’d be hard pressed to complain.

Should You Buy It?: If you’re a Lord of the Rings fan, then yes pick it up. It’s also not a bad purchase if you’re just into collecting minifigs, as you get both Bilbo and Gollum. Partswise, it’s a little underwhelming unless you’re looking to expand your grey slope collection or like myself, enjoy hoarding the One Ring. 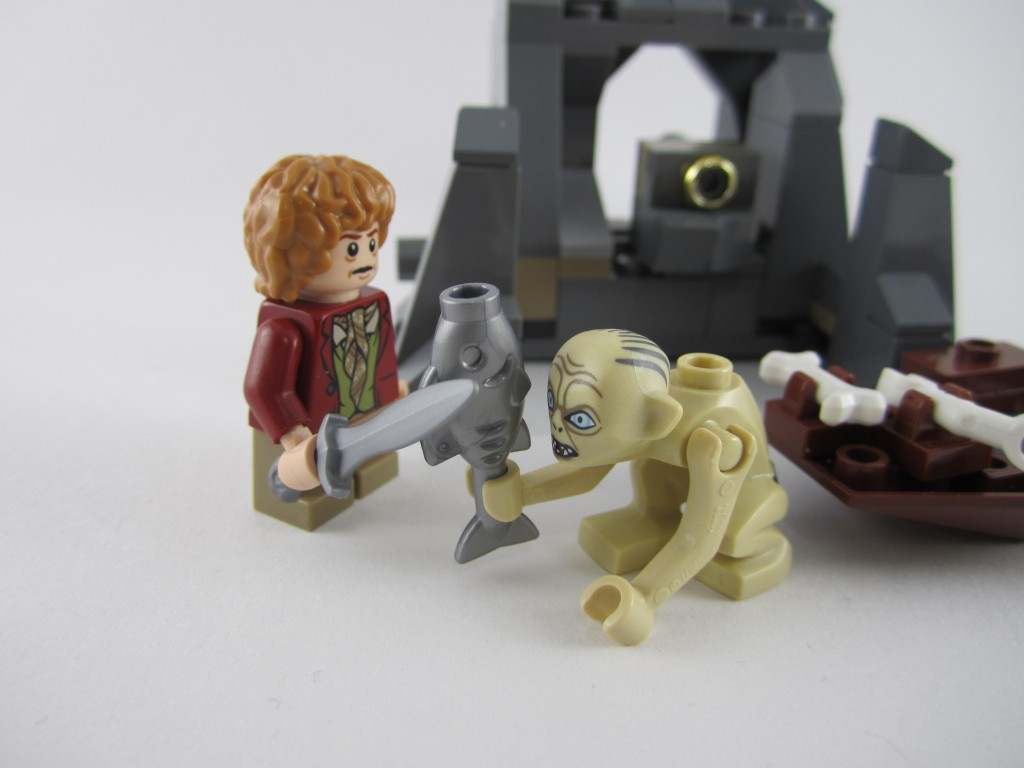 I’ll end this review with Bilbo having a sword fight with Gollum, who’s weapon of choice is a metallic fish. Thanks for reading!

Happy "Niu" Year! 🐮 May your hongbaos be fat,