My reviews of The Mixels Series 1 caps off with the third and final tribe in the first wave of Mixels, the Electroids. The Electroids are a race of bright yellow and orange creatures which have a strange affinity to lightning and thunder. From their profile on the official Mixels website, Electroids also like to tinker and experiment, and prefer living high up in the mountains where they’re as close to thunder clouds as possible.

Check out my reviews of the Infernites and the Cragsters for the first two tribes in Mixels Series 1. 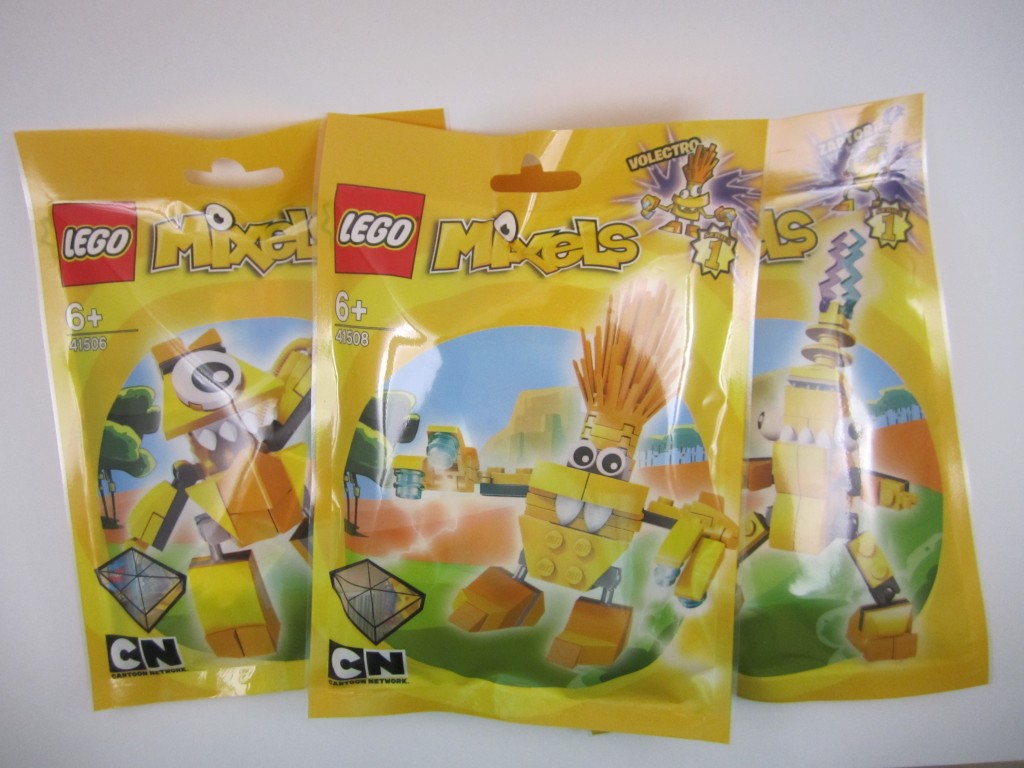 The Electroids are the most striking of Series 1 Mixels thanks to their bright yellow colours and wacky looking character designs such as Volectro who sports a light orange prickly bush growing out of his head. Electroids are made out of yellow and a fairly new colour, what I will call “light orange” elements. The newish light orange elements are pretty fascinating and they blend together well with the yellow bricks – they feel a lot more like colour accents than contrasting colours. 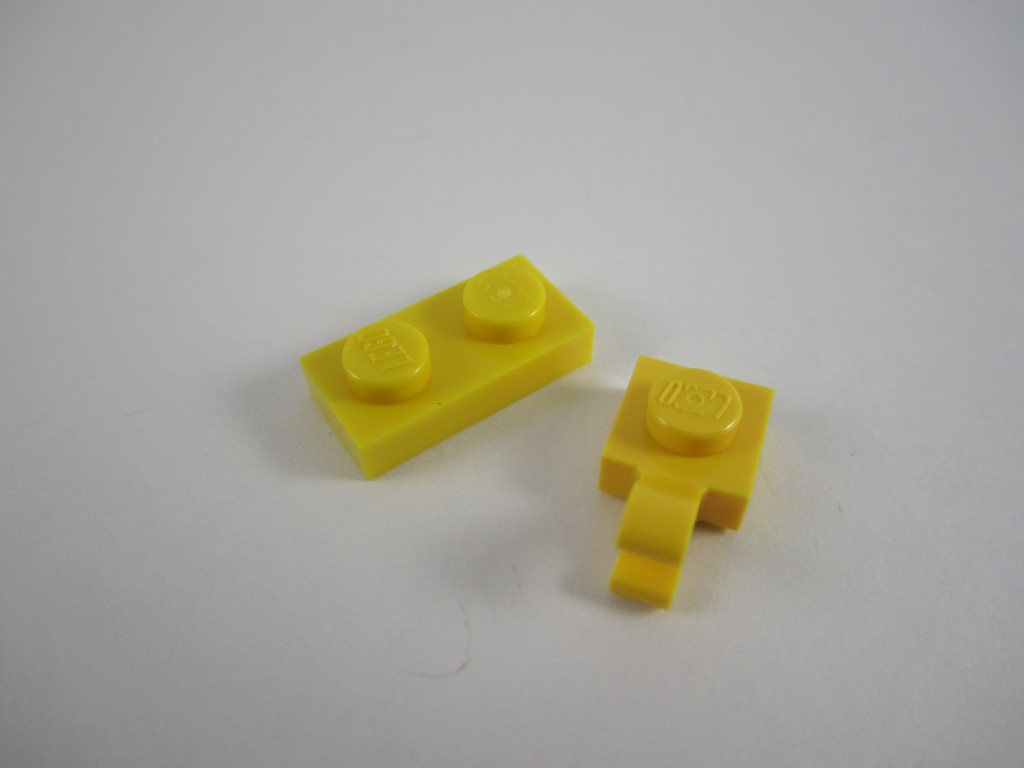 When I popped open my bags of Electroids Mixels, I was treated to one of my biggest peeves about LEGO – mismatched coloured bricks. Now, this problem has been plaguing yellow LEGO bricks for quite a while, in that there seems to be many different shades of what is supposed to be a singular colour. It’s really subtle but it’s extremely noticeable to me. In the image above, you can see that one yellow piece is slightly darker than the other. 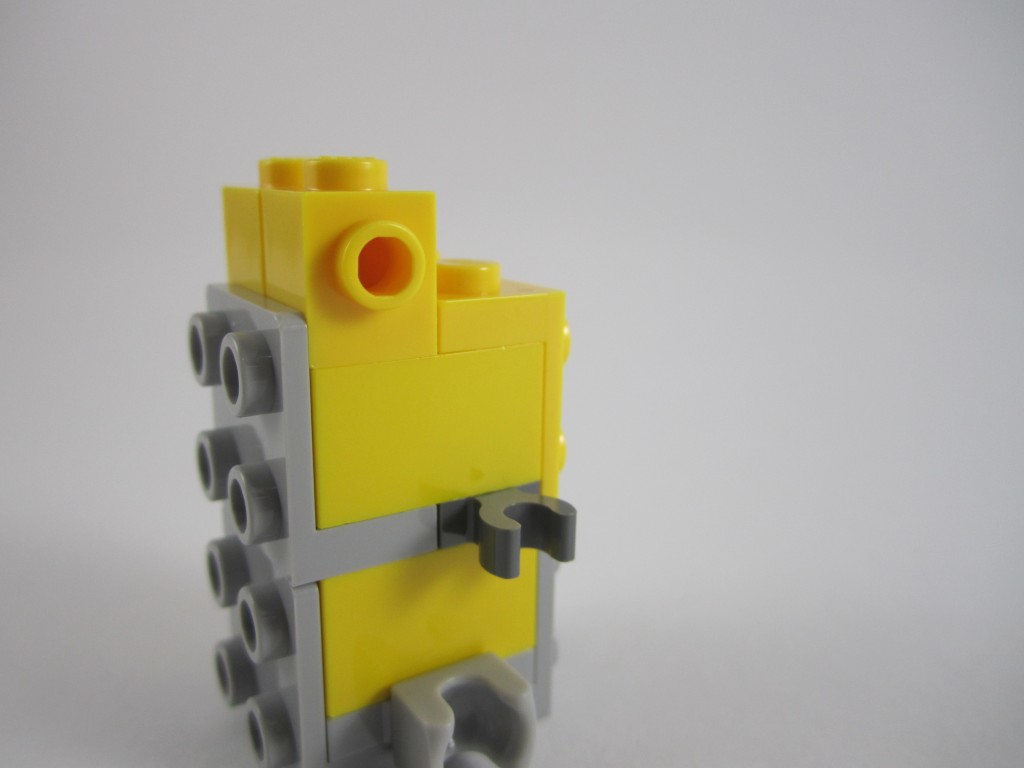 Here’s another photo that really illustrates the differences in yellow bricks. These aren’t edited in any way and I tried as hard as I could to reproduce the effect in the photos. They look much much more jarring in real life. I really hope The LEGO Group does something to remedy this because frankly, it’s baffling that we have so many different shades of yellow. Maybe they lost their recipe for the colour yellow?

Anyway, mini-rant over and we’re on to the review. 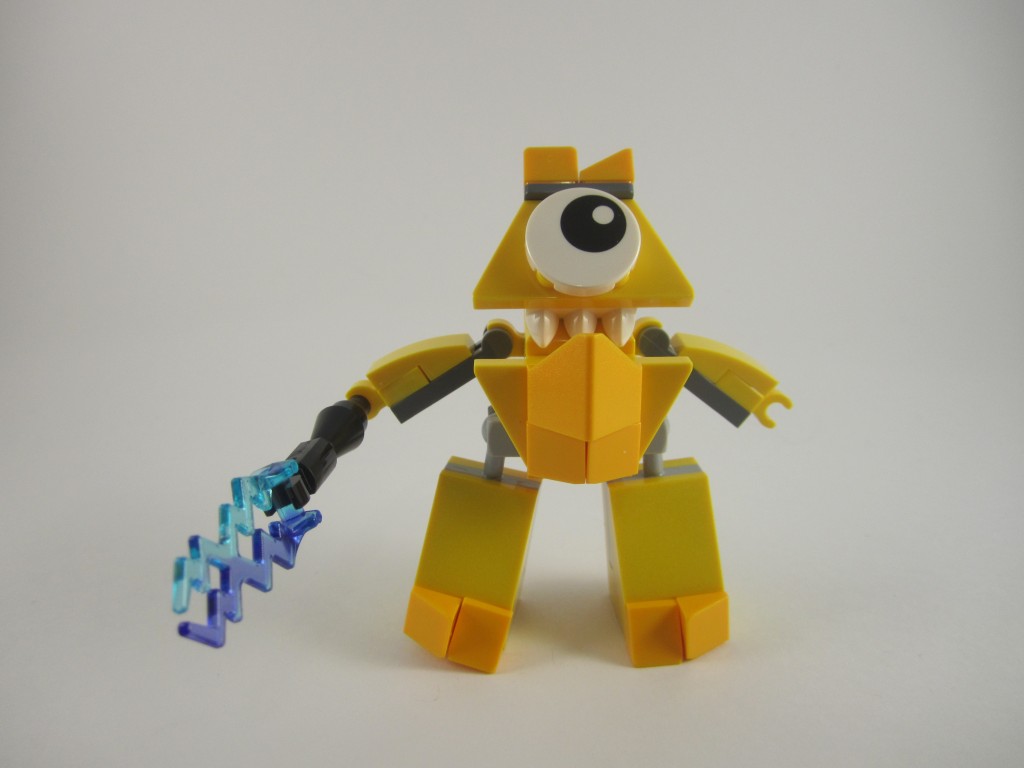 Teslo, is the leader of the tribe of Electroids and is quite a squat, diamond-shaped yellow Mixel. Teslo is fairly unassuming, with a generic bipedal body that’s fairly boring when compared with his other Mixel friends. His head which houses a single eyeball can be tilted up and down which animates his mouth. 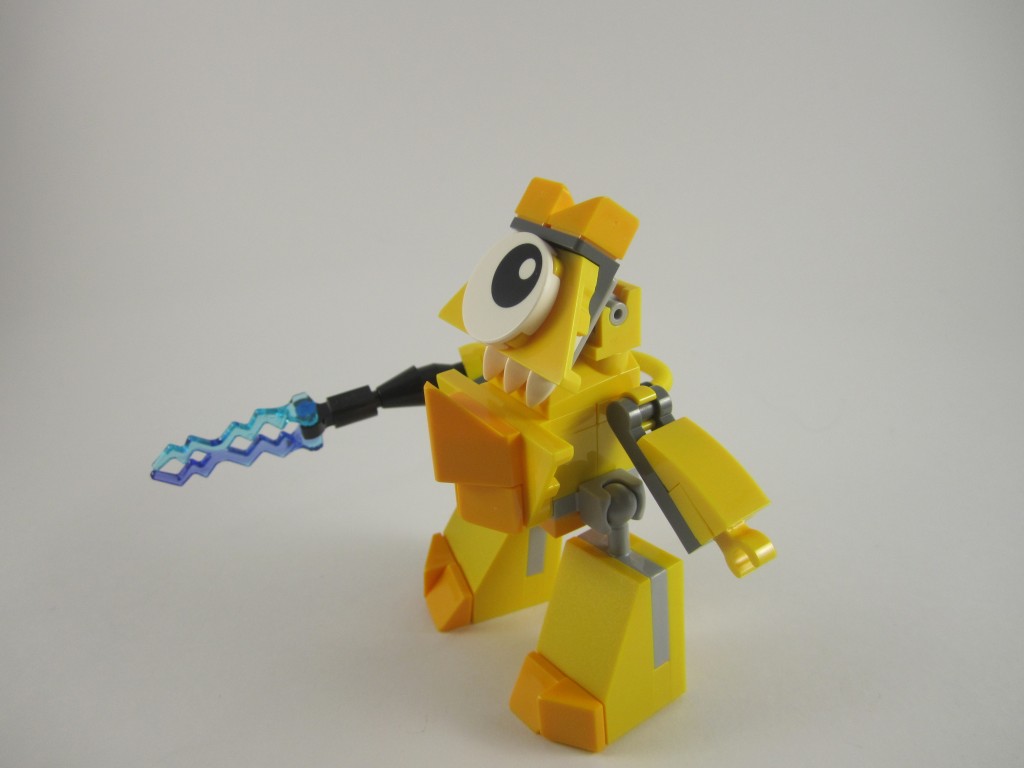 That said, Teslo has some sort of electric tool that extends from his back via a pipe piece that kinda looks like a tail. He is able to hold onto his tail in his hands and it has a neat bolt of lightning shooting out of it. Being the tribe leader, I’d have expected a more creative or unconventional appearance from Teslo and as such, he comes off as quite a let down. 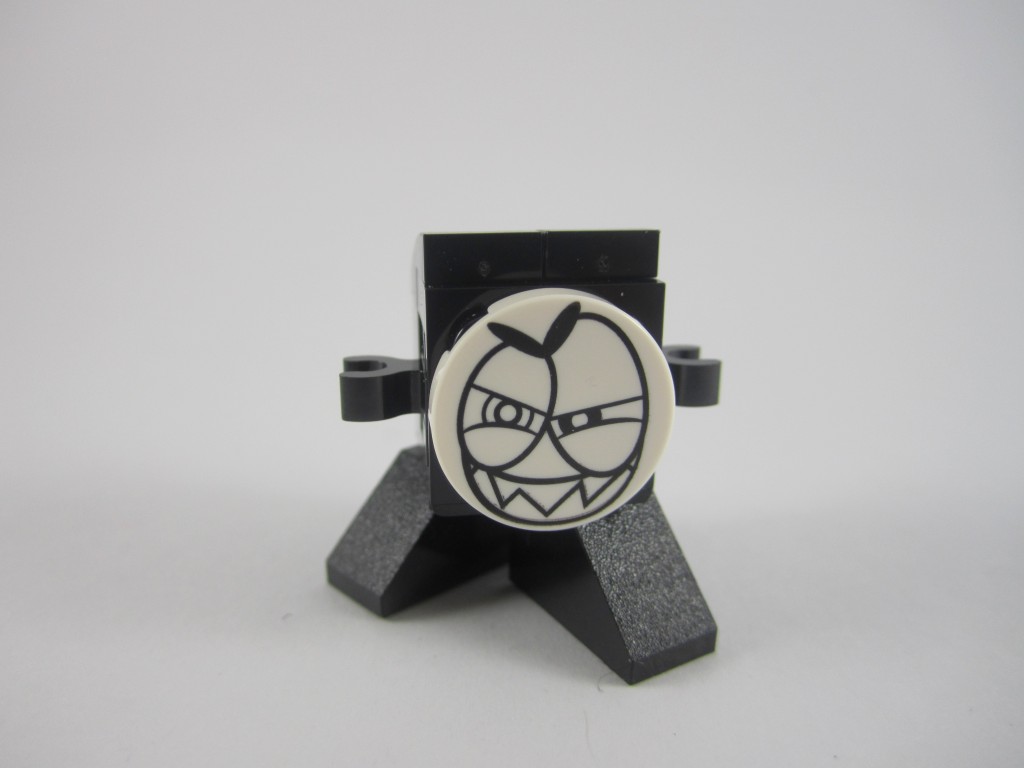 There’s also a Nixel contained in Teslo’s bag, which is a bit of a consolation. This Nixel has some pretty cool shoes/feet. 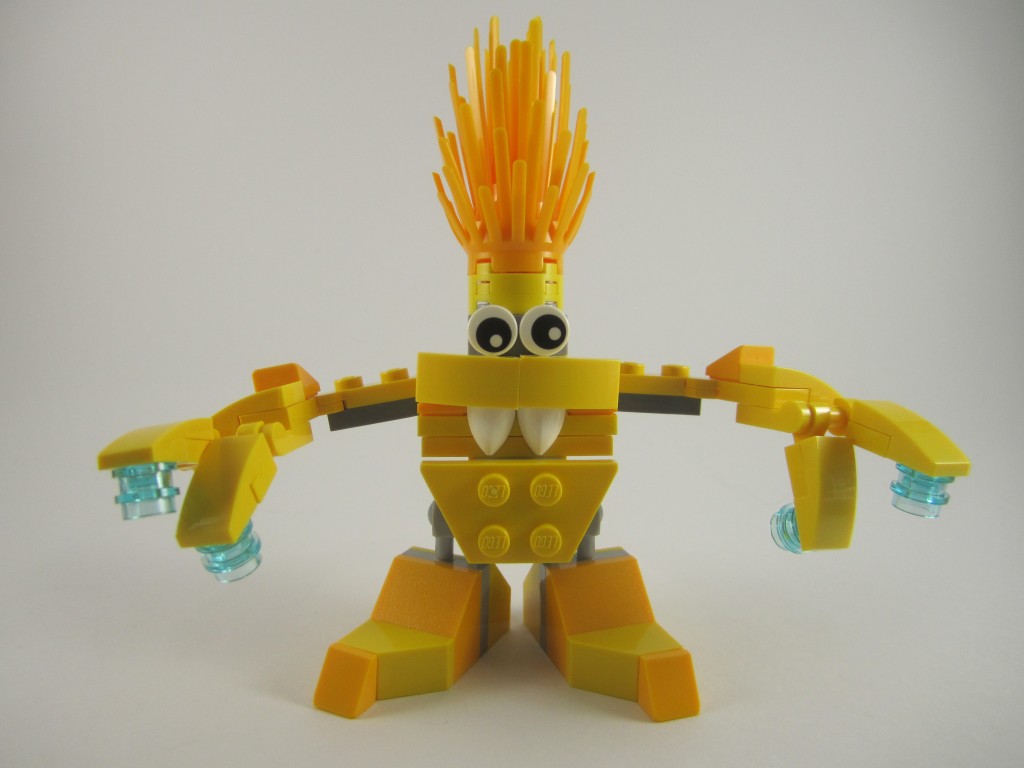 Next up is a much more interesting character, Volectro, a goofy Mixel with shocking spiky light orange hair. Volectro also has rather large arms that end in crazy looking claw-like fingers which have transparent blue bits dangling at the end. Volectro’s scatter-brained personality really shines through his clumsy hands, static-shocked hair and buck-toothed smile. He’s also fairly large for a Mixel, with his height enhanced by his hair piece and the long width of his arms when they’re outstretched. 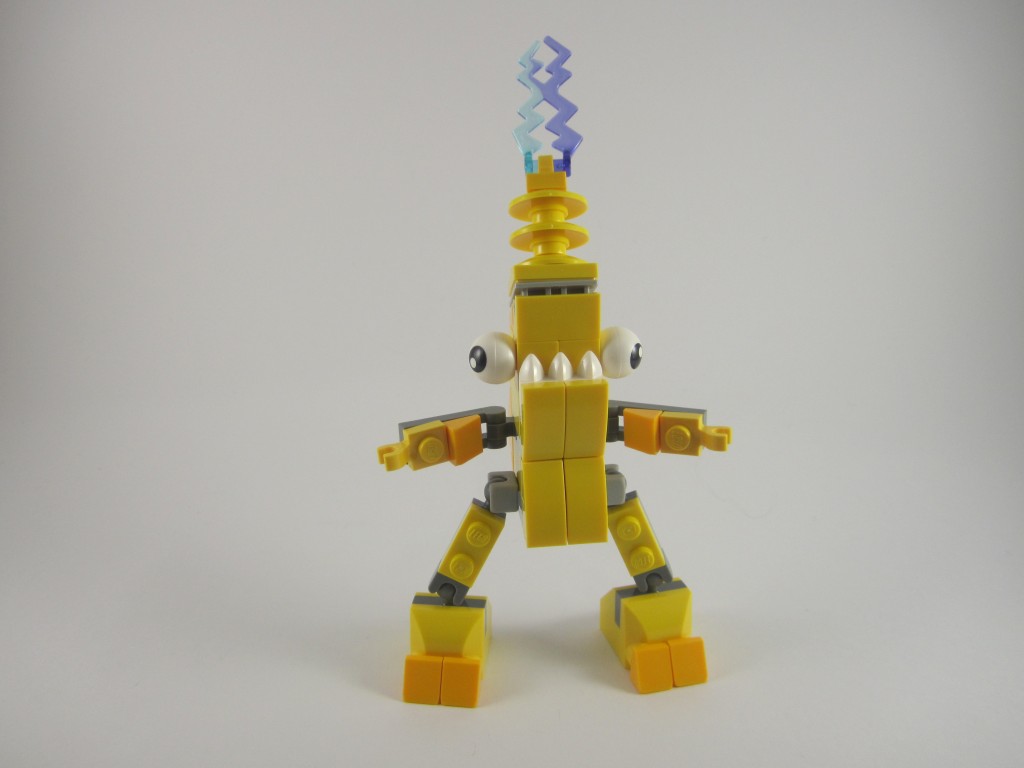 Last but not least is Zaptor, my favourite member of the Electroids Tribe. Zaptor is a hilarious looking Mixel that looks like a cross between a lightning rod and a yellow lobster which is really awesome when you think about it. Zaptor has spindly legs and tiny little arms but his most endearing features are his beady eyes that stick out the sides of his narrow head.

Zaptor has a bit of antennae at the top of his head that can be slightly tilted and is topped off with a bolt of lightning, very much like a tesla coil. 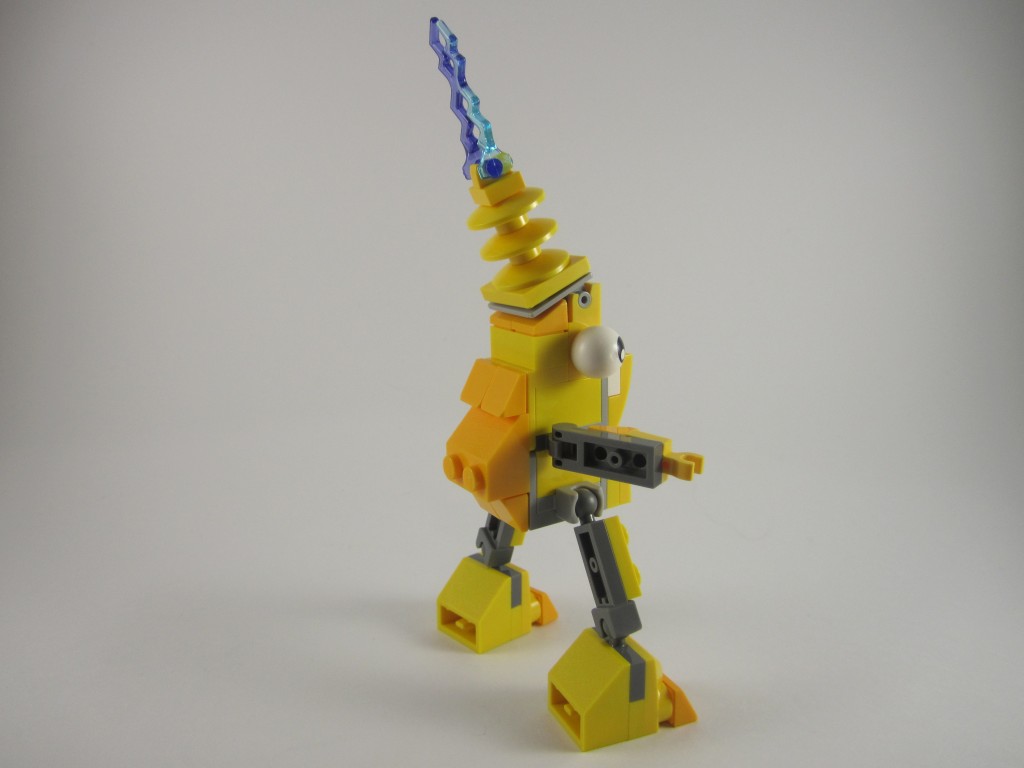 Here’s another look at Zaptor from behind which shows you a small clump of light orange bricks made out of a slope and cheese slopes. He’s by far the most intriguing Mixel in the Electroids tribe due to his unique and funny-looking appearance. 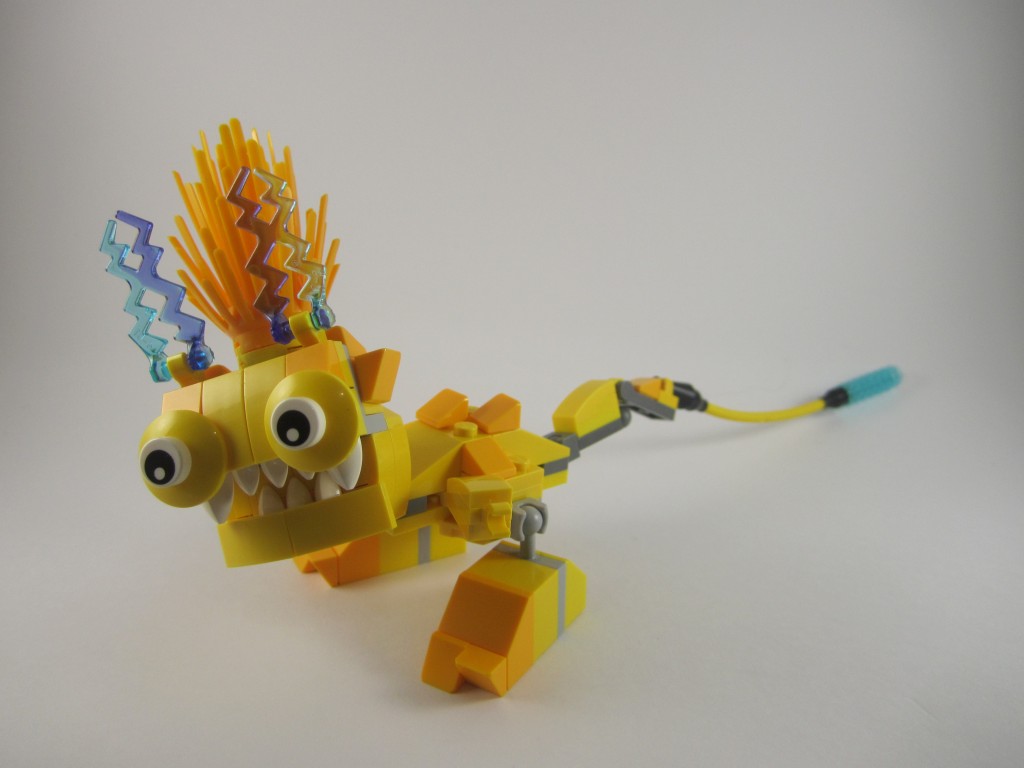 Where did this magnificent beast come from?! Combining Teslo, Volectro and Zaptor lets you construct this majestic creature known as Electroids Max. Head on over to the Mixels website to find and download the instructions for Electroids Max.

After coming across as a fairly lackluster tribe, Electroids Max came as a very pleasant surprise. I kinda love every bit of his thunder lizard look and really love that the designers really stepped outside their comfort zones to create a Max creature that isn’t a bipedal monster.

Electroids Max combines some of the best bits of all three Electroids, namely the use of Volectro’s hairpiece and Teslo’s tail but the similarities end there. Electroids Max tramples around on two large feet and has a fairly articulate head. He is also incredibly long and serpentine-looking with a tail that swishes around.

Another great feature is the use of lightning bolts for his eyebrows which gives him an incredibly bizarre yet remarkable look. I really enjoyed the more animal-looking Electroids Max and it was remarkably satisfying to put him together. 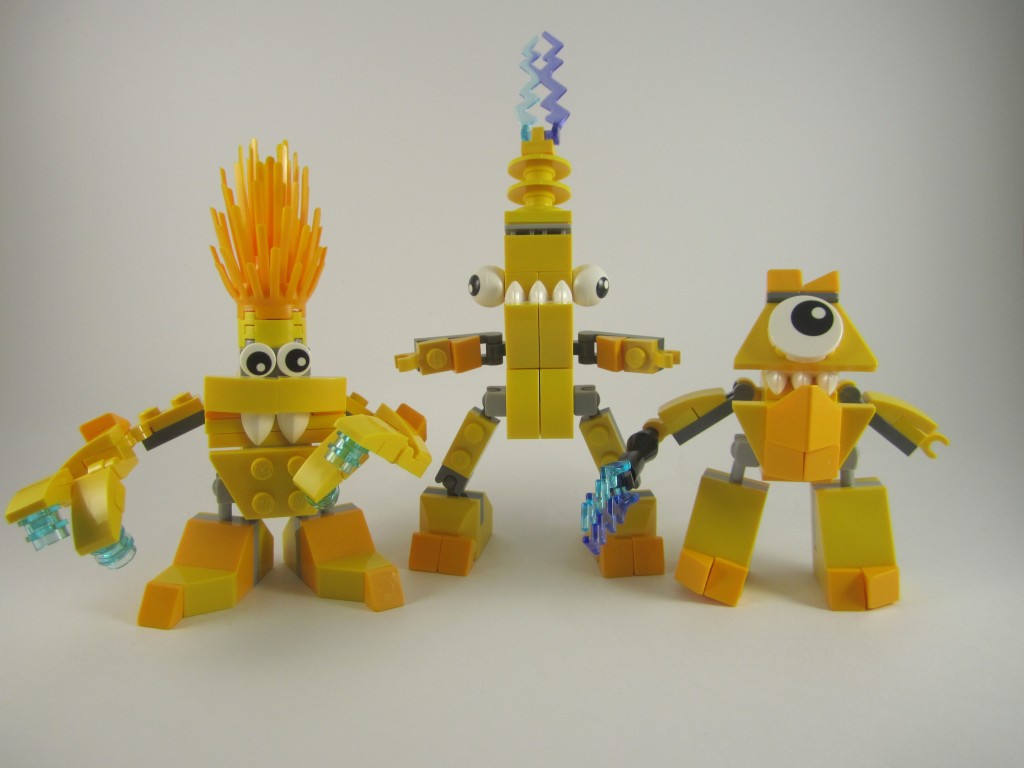 I felt that the Electroids tribe was more hit and miss than a home run. I didn’t like the mismatched yellow coloured bricks and the fairly average appearances of the Mixels except for when the designers went the extra mile with the creative designs of Zaptor and Electroids Max. 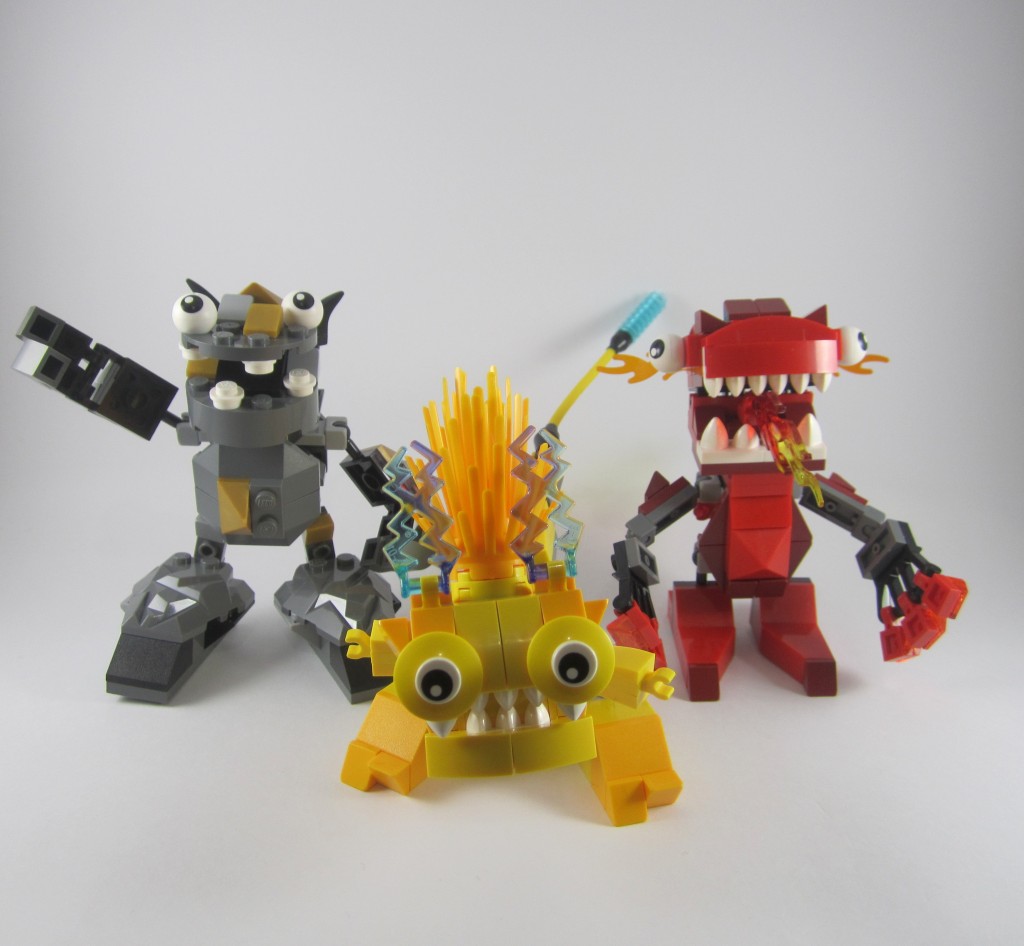 Here’s a look at all 3 Mixels Max from Series 1. They certainly make a really intriguing and fascinating cast of characters.

That concludes my review of the Mixel tribes in Series 1, which encompass the Infernites, Cragsters and Electroids. As a whole, I really enjoyed the entire concept of the Mixels and the impressive range of elements and useful parts that come in these polybags. They’re quick, fun and engaging sets to put together and the fun really begins when you start attempting to build your very own Mixels.

You can even go one step further and combine different Mixels from different tribes to Mix and Murp them together. If you’re stuck, there are some handy instructions and examples on the Mixels website to point you in the right direction on how you can combine these Mixels together.

I cannot speak highly enough of the Mixels and recommend that you pick them up as they seem to only be available in an extremely limited run. For example, most of the Mixels on LEGO.com’s online store are already sold out. You can try locating them at your local toy store and each pack costs $5.99 RRP in Australia.