Remember BrickPak, the new monthly LEGO mystery box I wrote about a couple of weeks ago? The awesome team over at BrickPak central have kindly sent me a copy of the inaugural BrickPak for me to review.

Before we get into it, you may need a refresher of some sort. What’s a BrickPak? It’s a monthly LEGO loot box subscription service – the very first of its kind in Australia (if I recall correctly). Basically, you sign up for a subscription and get sent a mystery box filled with LEGO and LEGO-related merchandise that’s worth approximately $50 according to the BrickPak team.

There are 3 subscription models:

Obviously, if you want to avoid spoilers, please look away! If you’re still after something to read, feel free to browse through my extensive library of LEGO set reviews instead 🙂 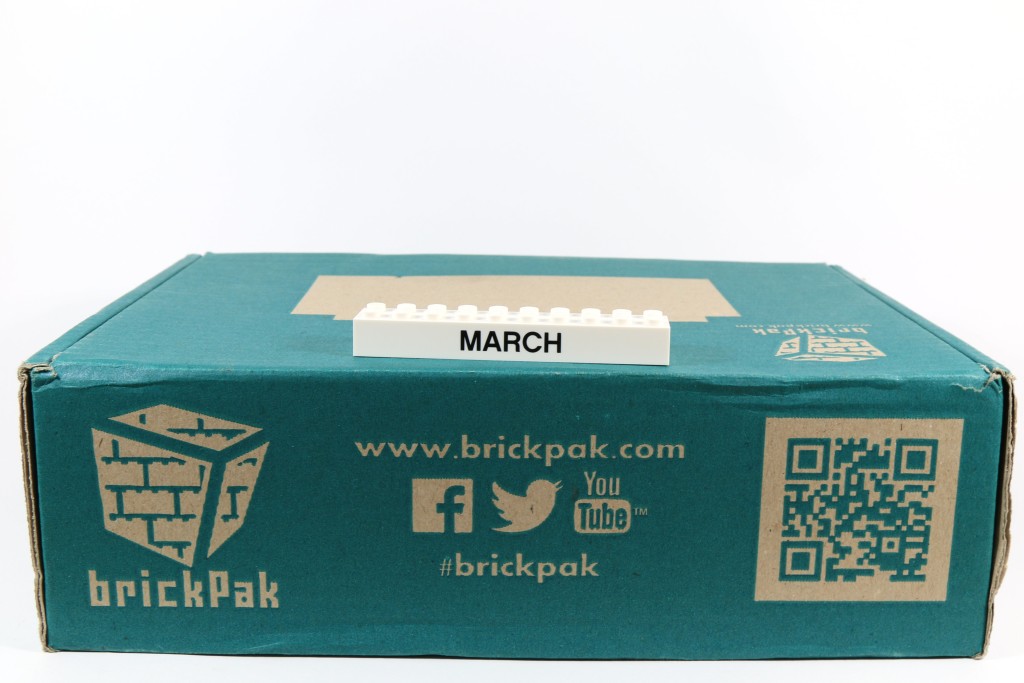 Here’s what came in the mail for me earlier this week. First off, great packaging. The box has a nice aquamarine colour and is decked with their logo, social media buttons and a QR code, which I’m guessing sends you to their website.

So what’s in the box? 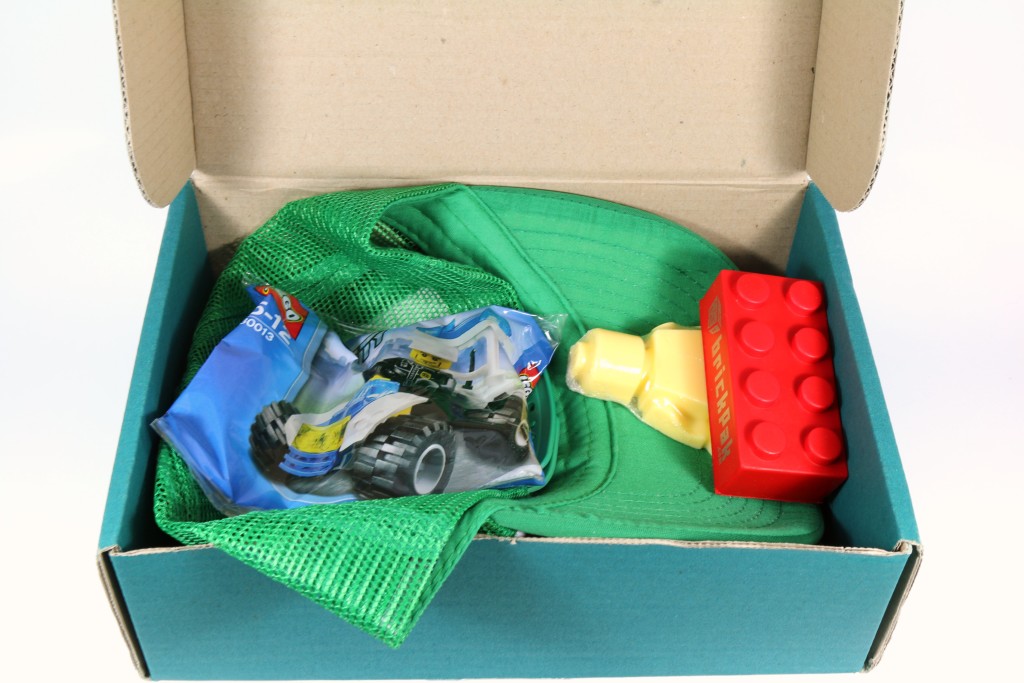 I popped open the box and was greeted by this sight. The whole point of mystery boxes is the allure of not knowing what’s inside, so it was kind of fun to get the first glimpse at the contents of the box. 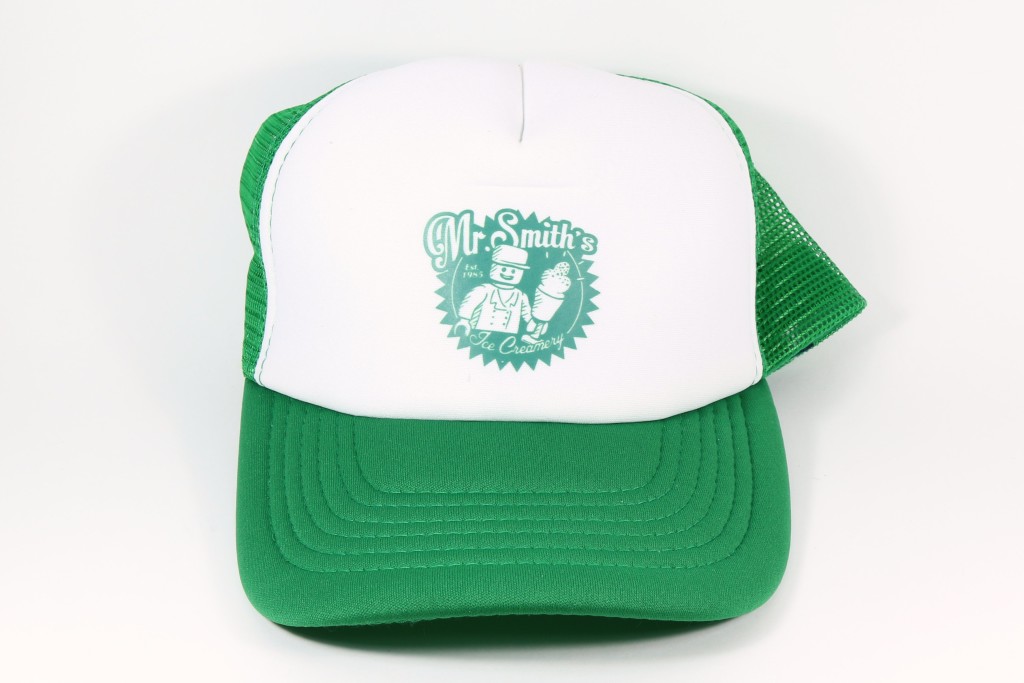 Each month’s BrickPak comes with at least one piece of LEGO apparel – for March, I got a trucker hat with a logo of Mr Smith’s Ice Creamery on it. I’m not a cap person (I hate getting hat hair), so this isn’t something that I’m particularly excited about.

The cap feels a little cheap and the quality isn’t as good as what I would expect since its a mesh cap and all. It’s an adult-sized cap which I felt was a bit of a strange decision since this is something that kids would love to wear. Hopefully the BrickPak team will that into consideration with future apparel! 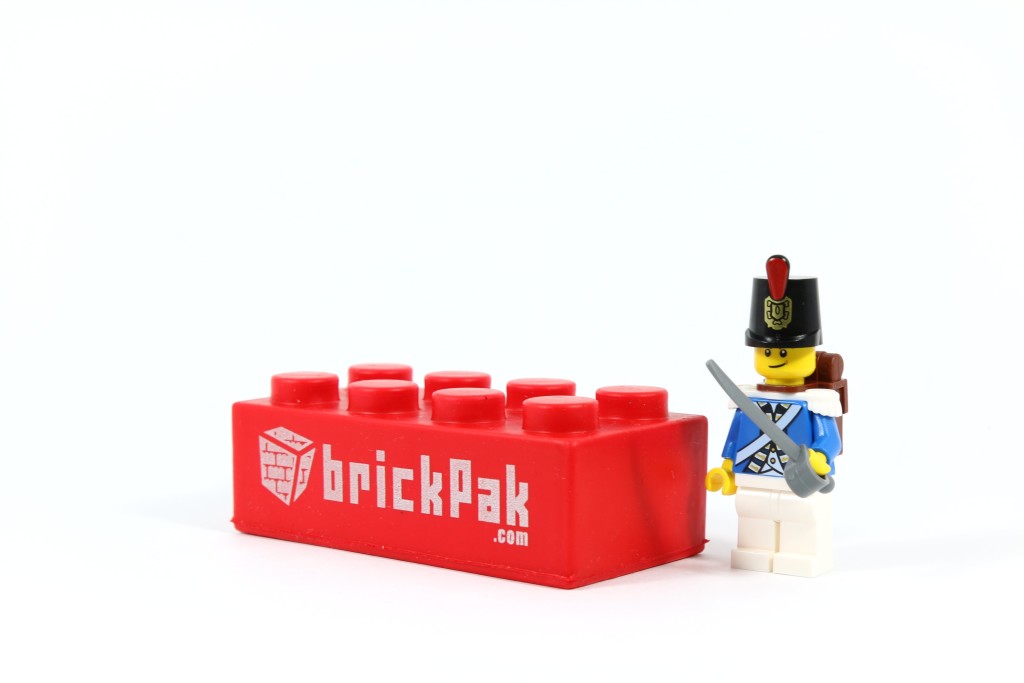 This was pretty cool. It’s a foam stress brick, something you squeeze when you want to alleviate some stress. Pirates minifigure for scale.

The stress brick is quite a neat novelty item, it’s red and in the shape of a LEGO brick and has a nice texture to it. If you suffer from road rage or stress at work, you might find a use for it. I’ll most likely keep mine in the office since it looks very eye-catching. 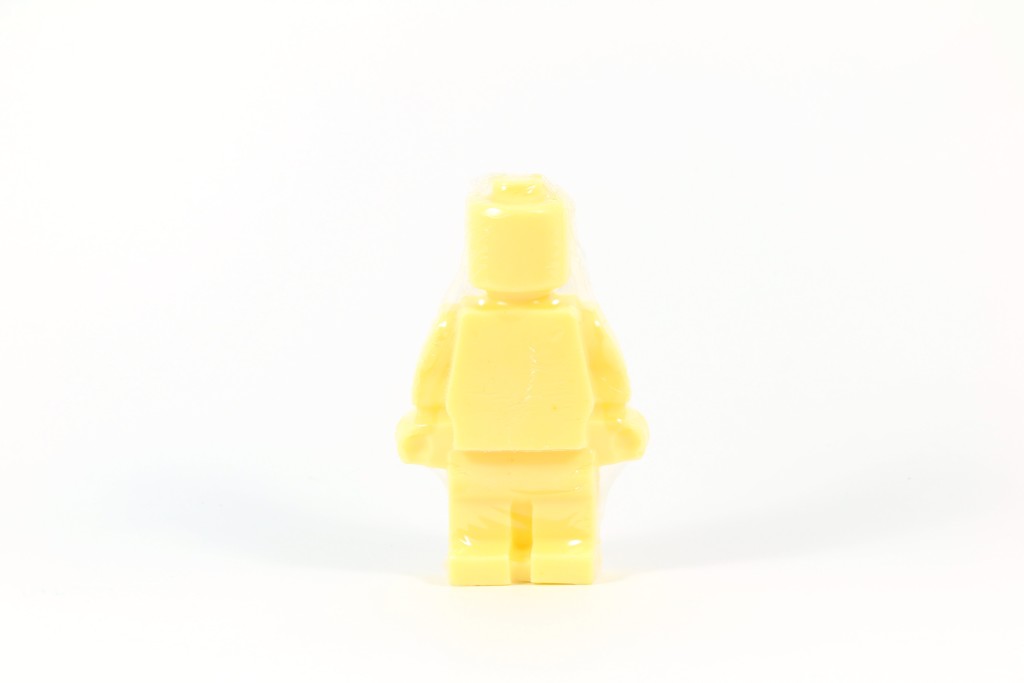 In the box was also this bar of soap in the shape of a minifigure. It looks pretty cool (apparently it’s made out of goat’s milk) but I’m not a fan of it. I might just stick it near my sink just for giggles. Again, this is something that’s more likely to appeal to kids.

Next is the BrickPak Bugle, a magazine or leaflet which contains tons of information about BrickPak, additional details about the contents of the BrickPak and some other promotional material. You can win a Monster Fighters Vampyre Castle by uploading a video of you unboxing your Brickpak and uploading it to Youtube or social media with the hashtag #brickpak.

It’s very well designed and has a great zine feel to it. 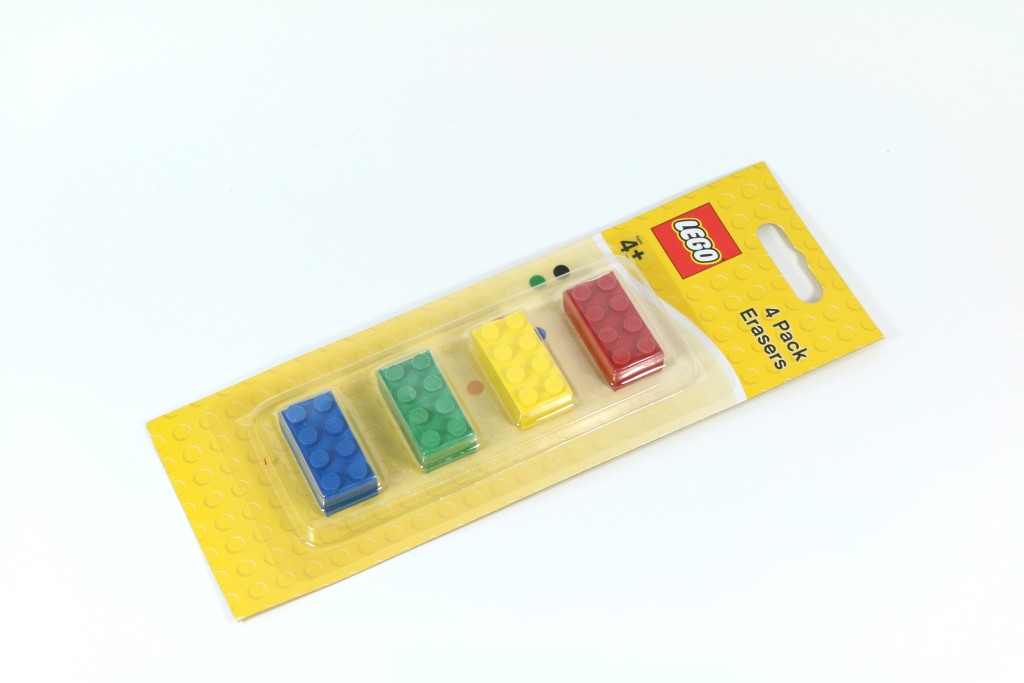 There’s a pack of 4 LEGO-shaped erasers. As an adult, meh. If you’re a kid who uses pencils, you would probably appreciate these a bit more. 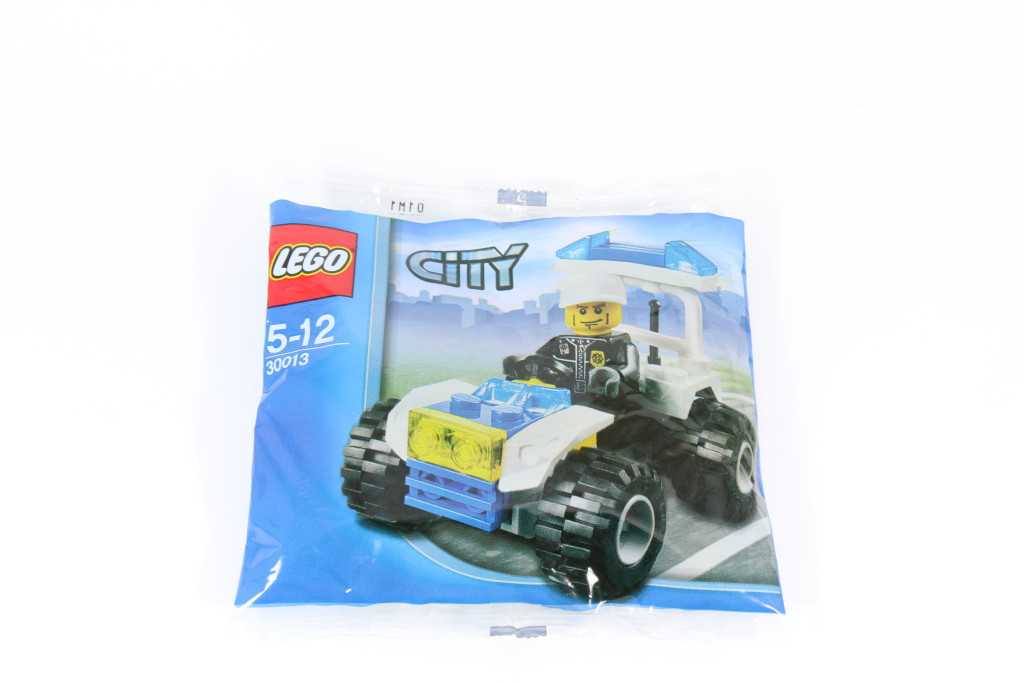 If you’re into polybags, you’re in luck! March’s BrickPak contains a Police Buggy polybag – it’s quite an old polybag (it came out in 2010) but it’s still a pretty decent build if you’re bored. Polybags are notoriously hard to come by in Australia, so this is very welcome.

Also, since you’d have to be a LEGO fan to subscribe to BrickPak, getting more LEGO is always a good thing. 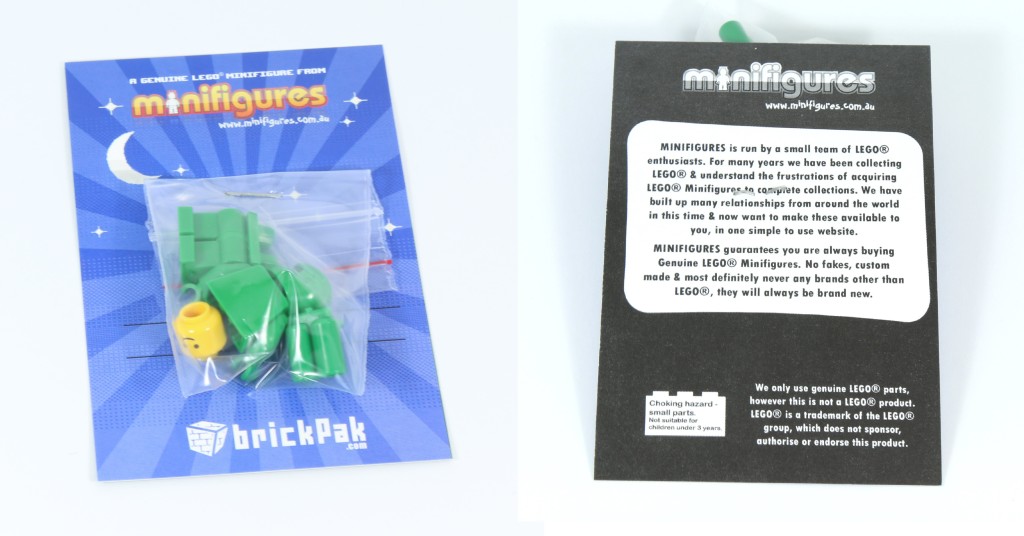 Also included in this month’s BrickPak is a Green Classic Space minifigure. 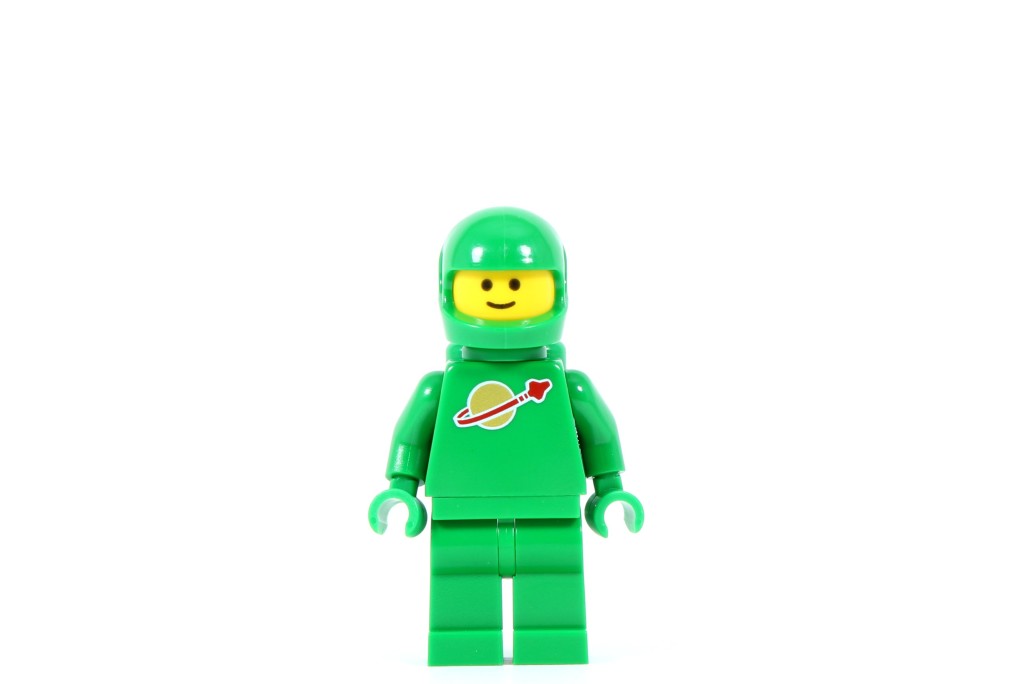 This is almost the same minifigure as the one from the Exo-Suit except that he has a classic LEGO face (yay) and no clear visor. I don’t mind the lack of the visor as it fits the classic look better.

This is undoubtedly my favourite surprise from the BrickPak as having more Green Classic Space guys is a huge plus in my book. It’s fairly uncommon as well, only showing up in the Exo-Suit which makes this quite an appealing minifigure, especially if you like Classic Space. 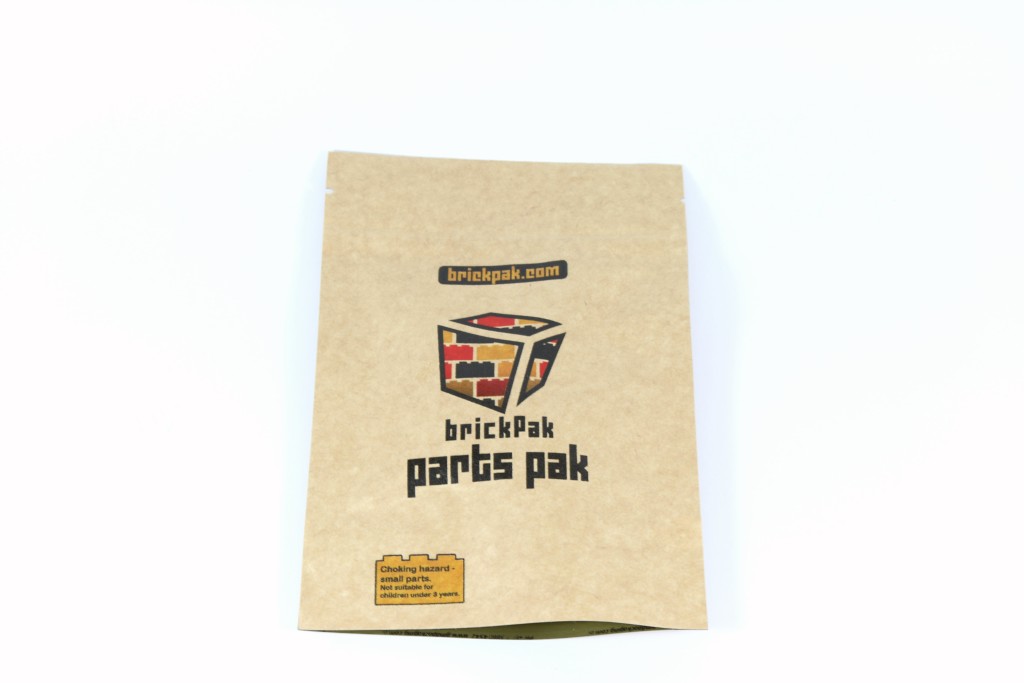 Next is another mystery, a BrickPak parts pack. It comes in a gorgeous looking brown ziploc paper bag. What’s in the parts pack? 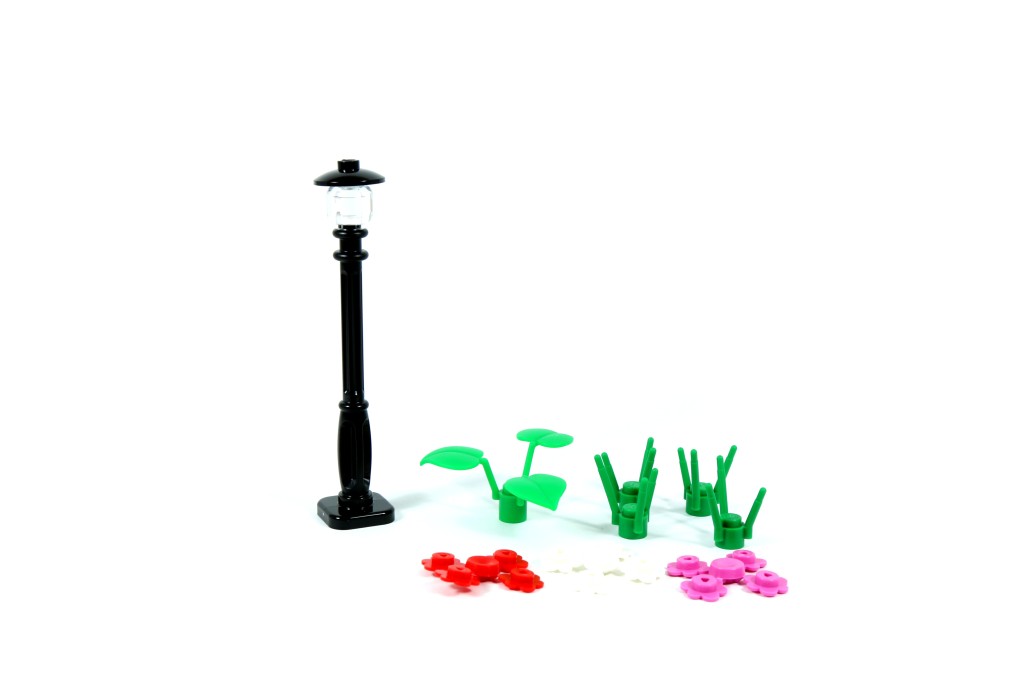 Not a bad spread. You get a useful bunch of parts which includes a lamp post, a leafy plant and four flower stalks which come with white, red and pink flowers.

They’re all useful and great additions to anyone’s parts collection but it was slightly underwhelming as more diverse parts would’ve been great. Even a few bricks or tiles would’ve been nice. I hope in future brick paks, we get a variety of parts, that way each person can have a go at building stuff out of the parts and show their creative skills off. 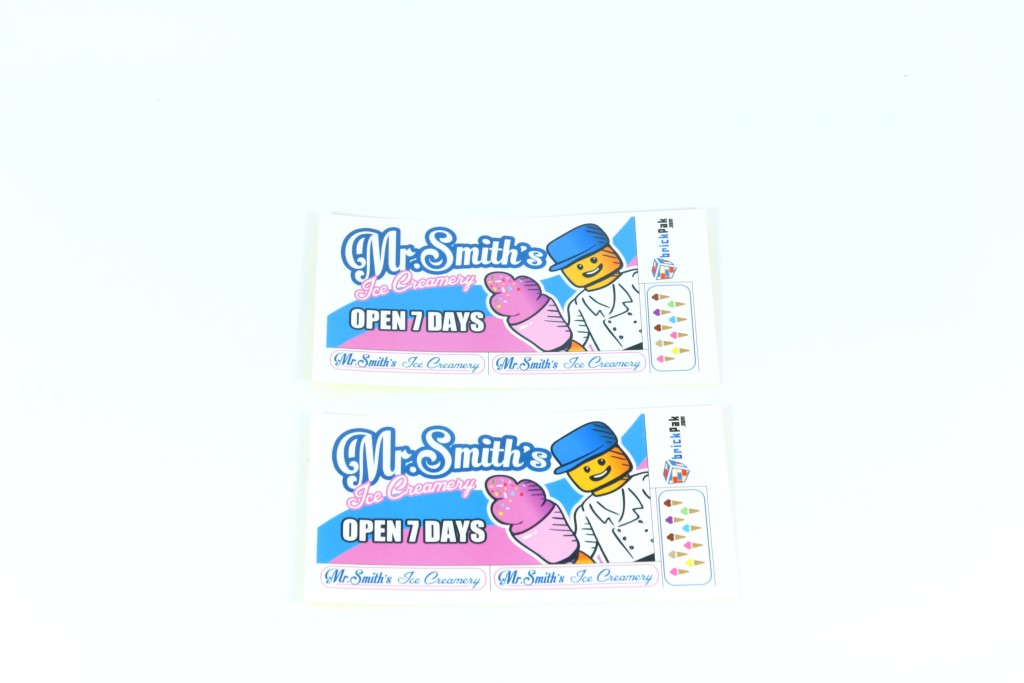 Lastly, we get a bunch of stickers featuring Mr Smith’s Ice Creamery, which you may remember from the trucker cap.

I’m not a fan of stickers, and you actually have to cut these stickers yourself if you want to apply them to your existing LEGO parts. That said, the designs are of a very high quality and could be potentially useful if you have plans on building an ice creamery for your LEGO city. 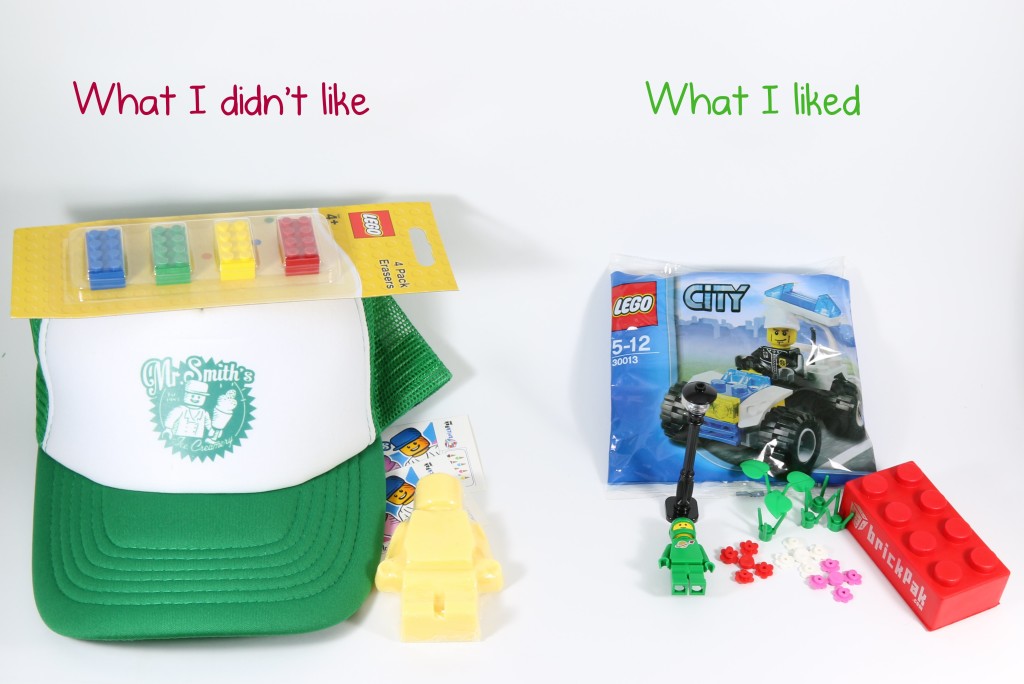 Final Thoughts: I separated my BrickPak into two piles, stuff I didn’t like and stuff I liked. To be honest, if I could sum up the March BrickPak in one word, it would be underwhelming. I think it’s because I’m quite a LEGO purist and the idea of LEGO apparel, soap, erasers and other paraphernalia doesn’t excite me as much.

I liked the actual LEGO that was included in the BrickPak as I will actually put them to use but I would’ve liked more to play with.

I can definitely see the appeal of the BrickPak for kids, as the mystery element and receiving a monthly surprise in the mail would be right up a 5 year old’s alley. As an adult, I would probably obtain more enjoyment and value from buying an actual LEGO set instead or buying random stuff on Bricklink.

The March BrickPak definitely doesn’t feel like it has $50 of value in it.

All in all, kudos still have to be given to the BrickPak team for launching this here in Australia. They’ve successfully sold all 100 BrickPaks for March and it’s great that the LEGO community have gotten behind this novel idea. There’s definitely a market and demand for mystery LEGO boxes and given that this is their debut BrickPak, I’m sure they’ll be feverishly collecting a lot of feedback from the pioneer batch to improve future BrickPaks.

Should you subscribe to BrickPak? I’m afraid I can’t answer that for you as everyone perceives value differently. I might sign up for next month’s BrickPak just to see what’s in it before making a decision to commit to this for the long haul.

That’s it for my review of the March 2015 BrickPak! I hope you enjoyed it. Did you receive a BrickPak as well? Let me know in the comments what you thought about the contents or if you have any specific feedback that you’d like to pass on to the BrickPak team.

Special thanks to BrickPak for providing me with the BrickPak to facilitate this review!