Welcome to the second half of 2016! We’re almost a week into July which means the June toy sales are beginning to wind down. We’ve still got one retailer that’s yet to show their hand – Target Australia. They are gearing up for their “not-a-sale” toy event (whatever that is), and with the emergence of UCS Tie Fighters & Assault on Hoths on their shelves, it’s probably just days away. 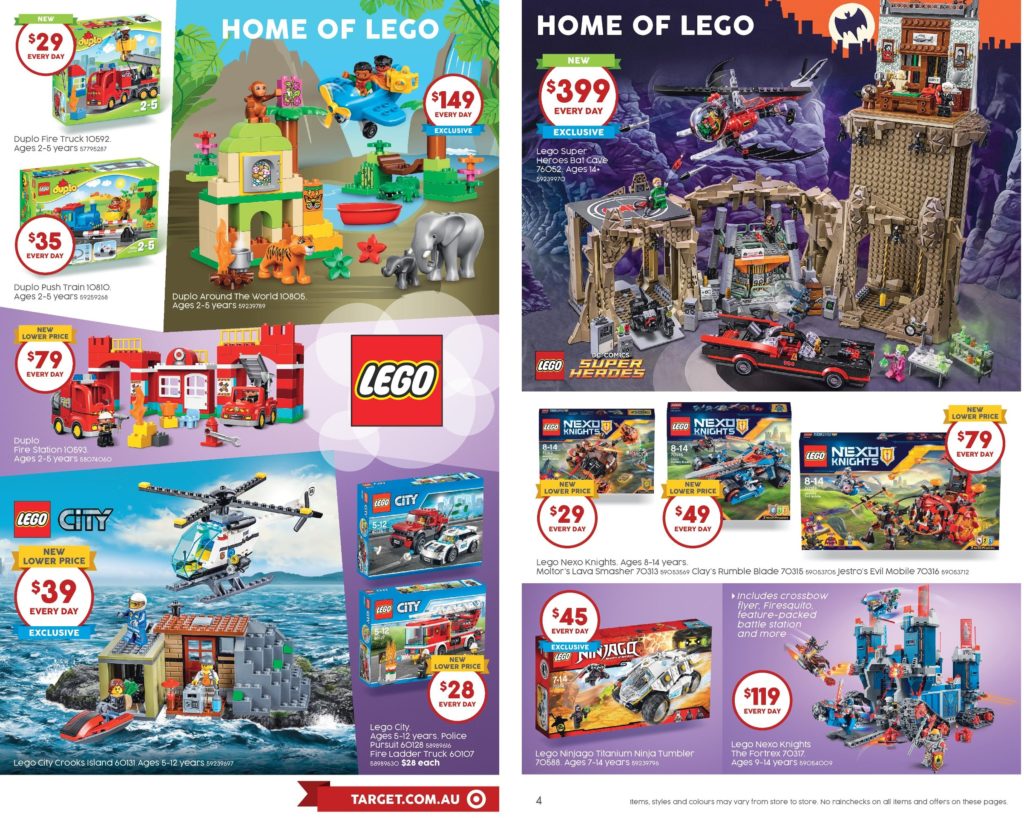 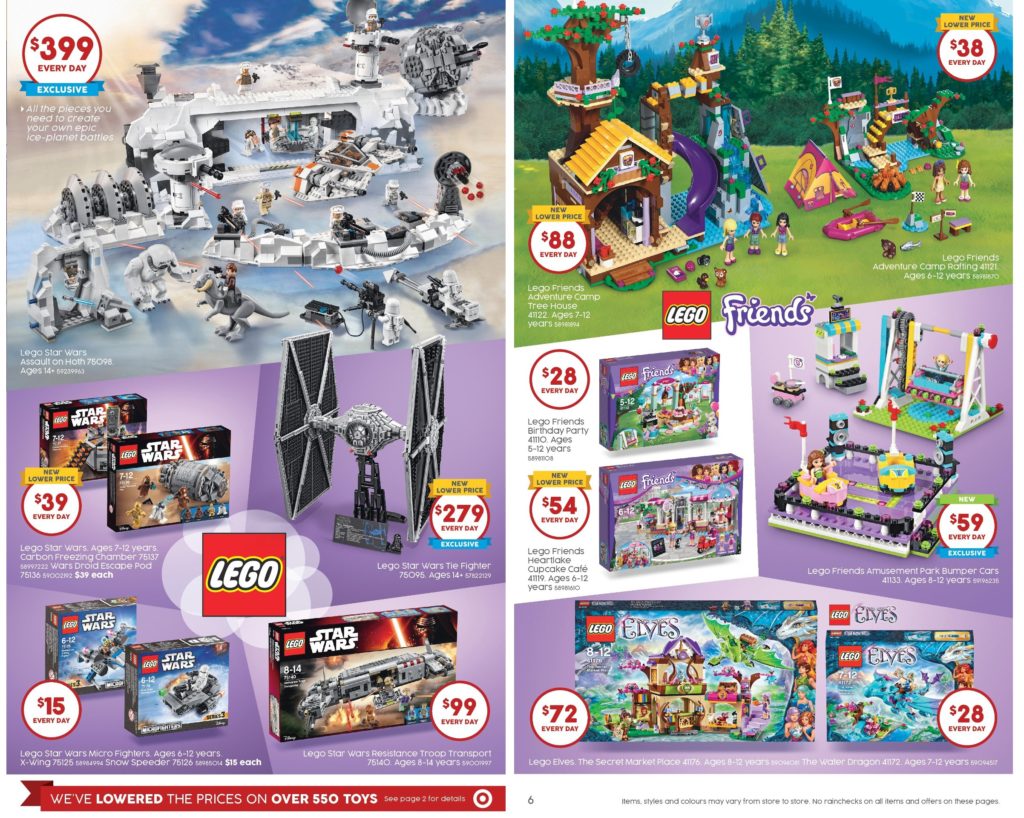 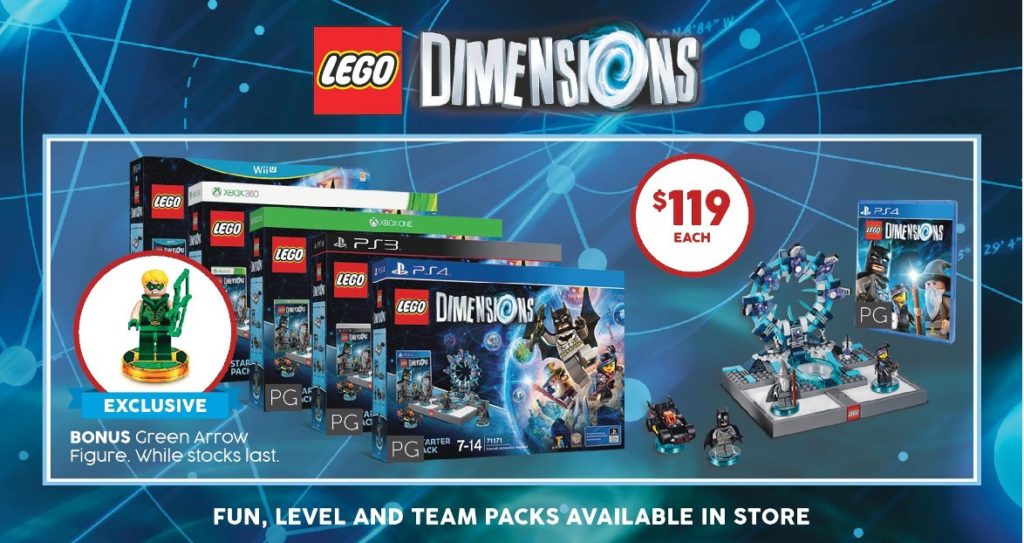 Target have kicked off their not-a-toy-sale, Toy Event and it is mostly disappointing. If you’ve been paying attention to the news, you’d have known that Target Australia have indicated that they would be shifting away from dedicated toy sales and instead focus on offering “everyday low prices” on toys ala Big W and Kmart. Basically, they’ve slightly discounted some sets all year round.

That also means that there aren’t any especially notable discounts which means that savvy LEGO shoppers have bugger all to look forward to in this Toy Event.

Not to be outdone by other retailers, Target has prominently featured their catalogue of exclusive sets. The big ticket items are of course the 76052 Classic TV Series Batcave and the piece of turd set 75098 Assault on Hoth (read my review here to see how much I hate it). Unfortunately, both these new exclusives are not discounted which means you really shouldn’t bother since you’re better off just buying them off LEGO.com and netting some VIP points.

Target also sees the return of the UCS Tie Fighter, which has been slightly discounted by less than 10%. A really small consolation but really, nothing that gets me too excited. Seriously, I doubt this “Toy Event” is going to move a lot of sets off the shelves. I also predict that Target will start panicking and start offering more discounts come August to make space for all the new sets that are due to arrive soon.

Honestly, there’s nothing incredible here. These “new lower prices” are just insulting. Target kinda deserve to be in dire financial straits purely on the shambles that is this “toy event” – which is a shame as I like shopping at Target and used to think that their toy discounts were traditionally pretty great.

I’m just not going to bother calculating the percentage discounts as some of them – seriously, some sets are just $1 off, which somehow qualifies them as “new lower prices”. C’mon Target, you can do better than this. 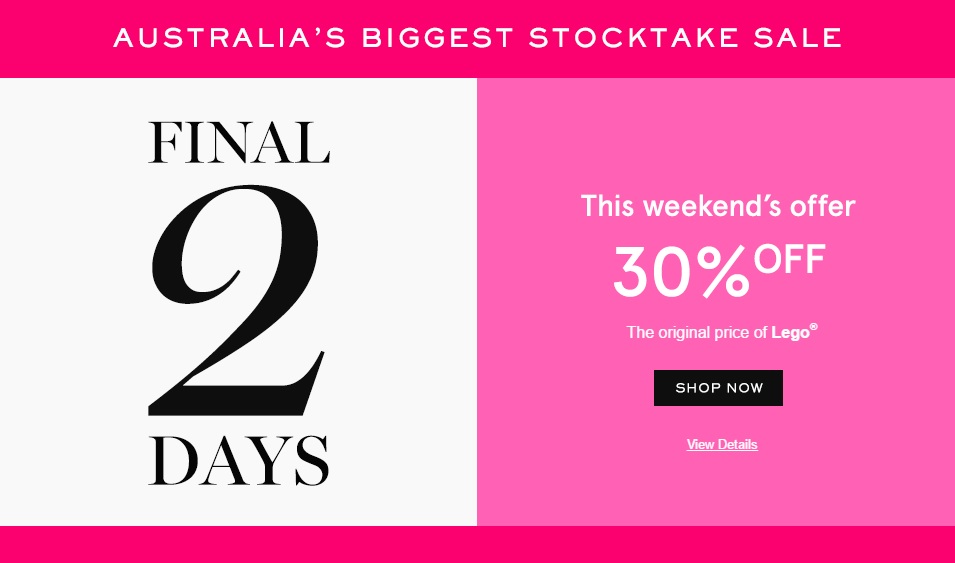 So, Myer have officially gone mad. They’re offering a 30% off all LEGO sale from Saturday and ends Sunday, 10 July.

Anyway, this is an amazing deal, and is great because it also works online. This means, that Myer’s big ticket exclusives have dropped even further.

If you pulled the trigger at 20%, I highly recommend returning it. Myer have a pretty easy Return Policy (even for online purchases) and you can return, exchange or refund sets at any Myer store – it doesn’t matter where you bought them, even online.

If you want quicker updates on sales, you can follow the Jay’s Brick Blog Facebook page where I broke the news earlier this morning. 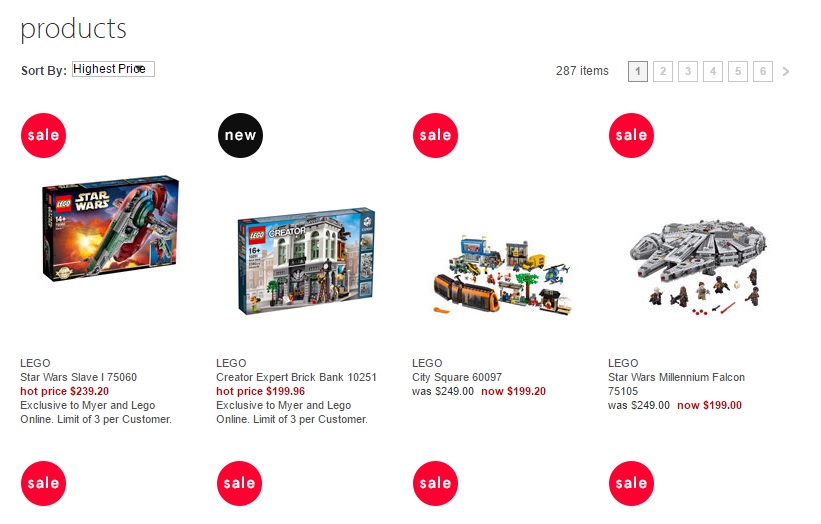 Imma cut to the chase – Myer has 20% off ALL LEGO till Sunday, 10 July. Yeah sure, Jay, we already know that since the toy sale catalogue runs till the 17th of July.

Myer have a 5-day 20% off sale which INCLUDES all their exclusives, which have previously only been discounted for less than 10% in Myer’s Toy Sale catalogue. So if you’ve been waiting to pounce on the Modular Brick Bank, Ferrari F40 and UCS Slave 1, now’s your time to do it.

The sale is currently active online and SHOULD be in-store as well.

I wouldn’t hesitate, especially if you’ve been eyeing the Brick Bank as it’ll probably sell out incredibly quickly. Modulars at 20% is the magical number that most people pull the trigger on. 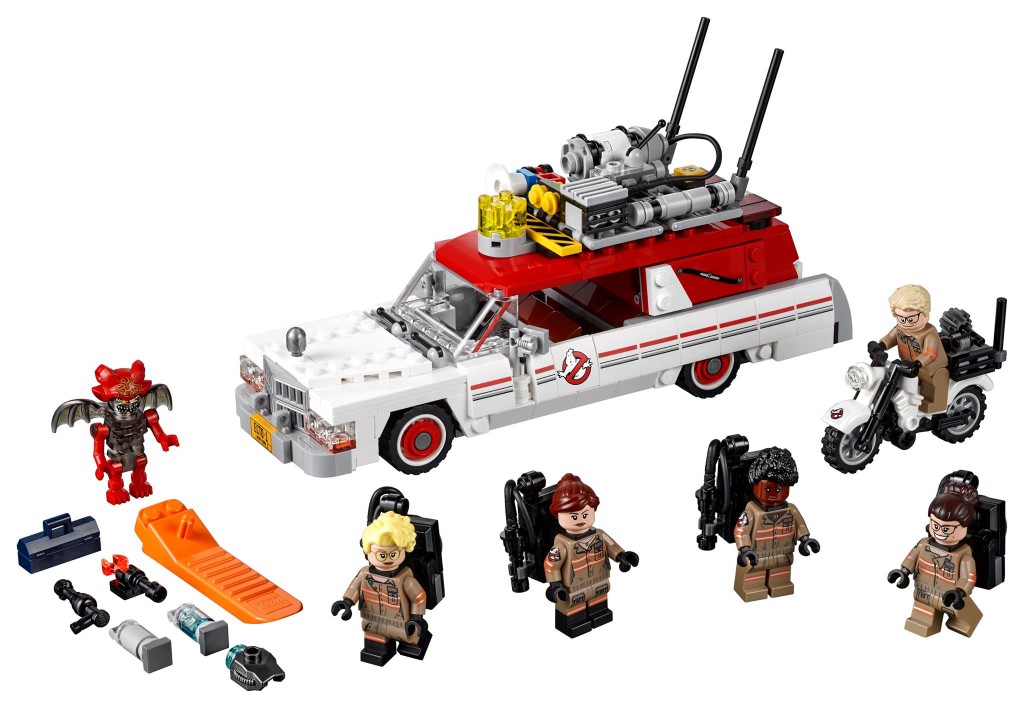 Oh and if you haven’t noticed, the new 75828 Ecto 1 & 2 has gone on sale on LEGO.com and will cost AU$99.99. Pretty pricey and the jury is still out on the movie (since y’know, it’s not actually in cinemas) if it’ll manage to capture the magic and essence of the original Ghostbusters or be a total flop.

Anyway, there are a few issues with ordering from LEGO.com, since there’s a limit of 1 per order and you’ll need to hit AU$200 to qualify for free shipping, which isn’t convenient for people who just want the updated Ecto 1 & 2.

Here’s a workaround from Barnes & Noble, an American book retailer who conveniently ship to Australia at affordable prices!

You can purchase 75828 Ecto 1 & 2 from Barnes & Noble and get it shipped to you (in Australia) for about the same price as LEGO.com – just under $100. If you buy more than 1 set, the shipping increases also work favourably and you can almost get each set for approximately AU$90 – so it works well if you have a friend to share the order with, or if you want more than 1.

NOTE: There are a few flimsy rumours that this set will arrive in Australian retail stores in July, but nothing concrete has been confirmed just yet. So if you’re not in a rush to get them, you could probably wait it out.

The movie comes out next week (on the 14th of July), so if LEGO Australia/retailers are smart… they should tie it in together with the theatrical release.

Oh and Barnes and Noble ships pretty much worldwide (to my knowledge) so this applies to my international readers as well!

Disclaimer: Barnes & Noble links are affiliate links and I receive a small percentage of any orders you make if you follow the links above. These go towards upkeep of the site and are very appreciated!