Wow, I was absolutely floored by the huge response to the giveaway! I definitely did not expect to receive over half a thousand entries. Thank you to everyone who entered!

Unfortunately, there were a small selection of entries that were invalid because they came from countries without official access to online LEGO stores. I’ll try and include everyone else in the next giveaway!

So… without further ado. Please congratulate… 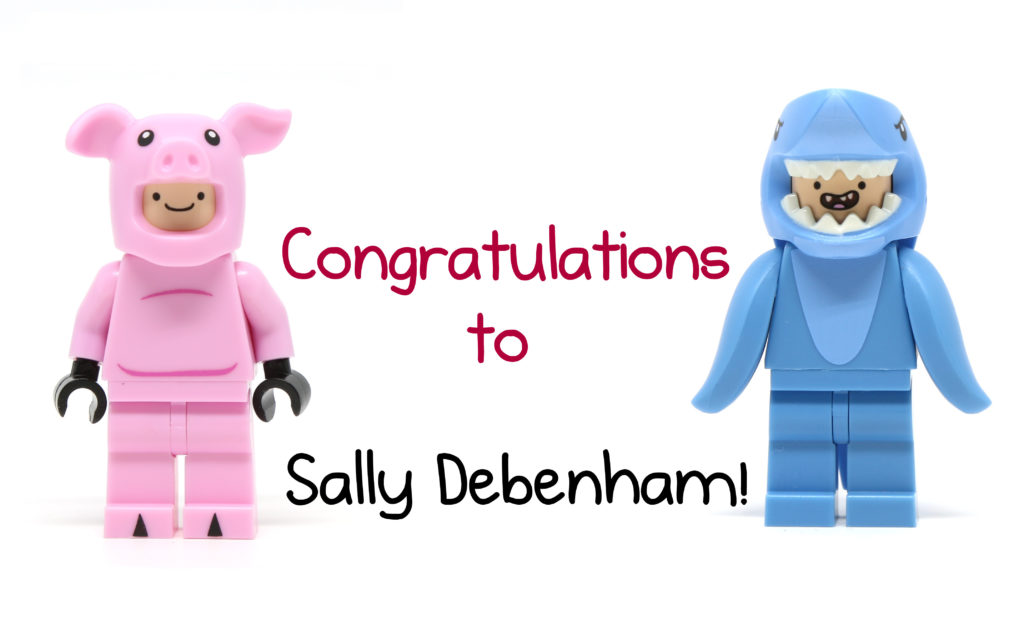 Sally Debenham from Australia! You’ve been drawn randomly from the pool of responses and you’ve won yourself a $200 LEGO.com shopping spree on me!

I’ll be in touch via email some time this week with more details on how I can get your prize to you. In the meantime, please feel free to browse through LEGO.com and think of what you’d like to get 🙂

Sally’s most anticipated set of 2017 is the Pizza Truck (an excellent choice!) and her favourite theme is Star Wars.

I also crunched the data from the giveaway form, because I was really interested in finding out what 2017 sets everyone was most looking forward to and what your favourite themes are. 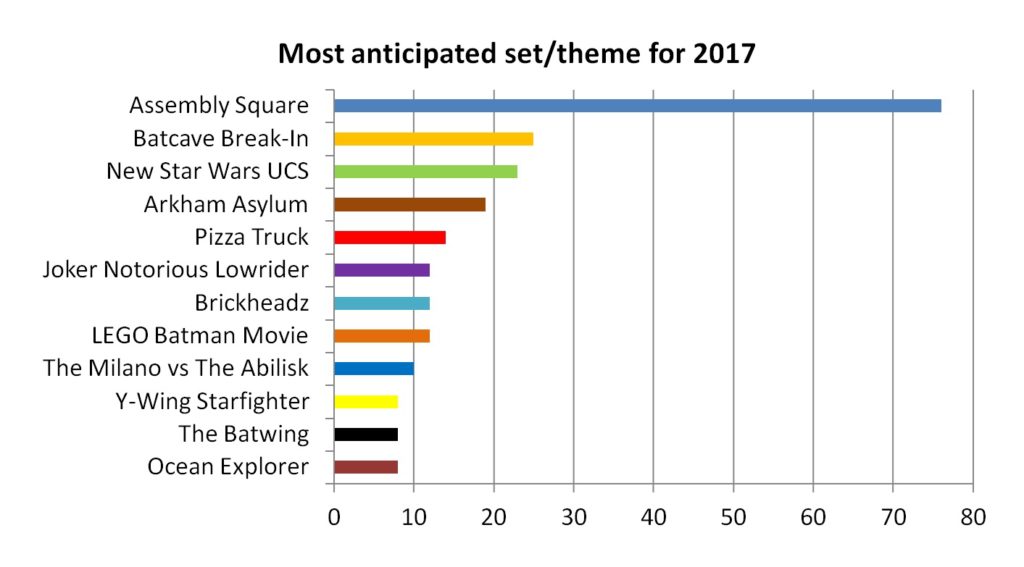 No surprises in the most anticipated category with the Assembly Square taking the top spot as the most desired set in 2017. I was quite surprised to see the LEGO Batman Movie Batcave Break-In set take second place, ahead of the new unannounced Star Wars UCS set (which many believe to be either a UCS Snowspeeder or UCS Millennium Falcon reissue).

LEGO Batman Movie sets had a really strong showing, with Arkham Asylum and the Joker Notorious Lowrider, placing quite highly. Also great to see a lot of love for Brickheadz and the new Milano set. 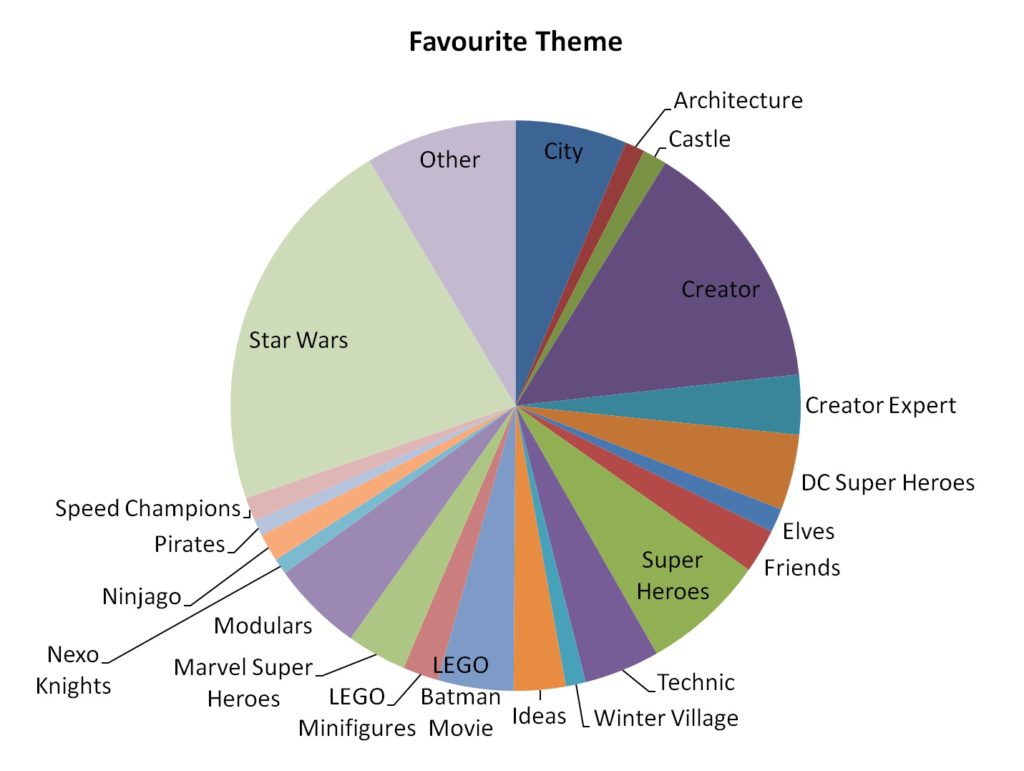 Favourite theme was also very illuminating. I didn’t know I had so many Star Wars fans on the blog! Star Wars, with almost 20% of the responses dwarfed the second most popular theme, Creator and also trounced Super Heroes (DC and Marvel combined!) to take top spot.

Hope you liked the data! If you enjoy seeing stuff like this and would like to see more surveys and stuff, please let me know in the comments section!

So yeah, thank you to everyone who joined! I have more giveaways planned throughout the year, so look out for the next one! All the giveaways are possible thanks to your help and support!