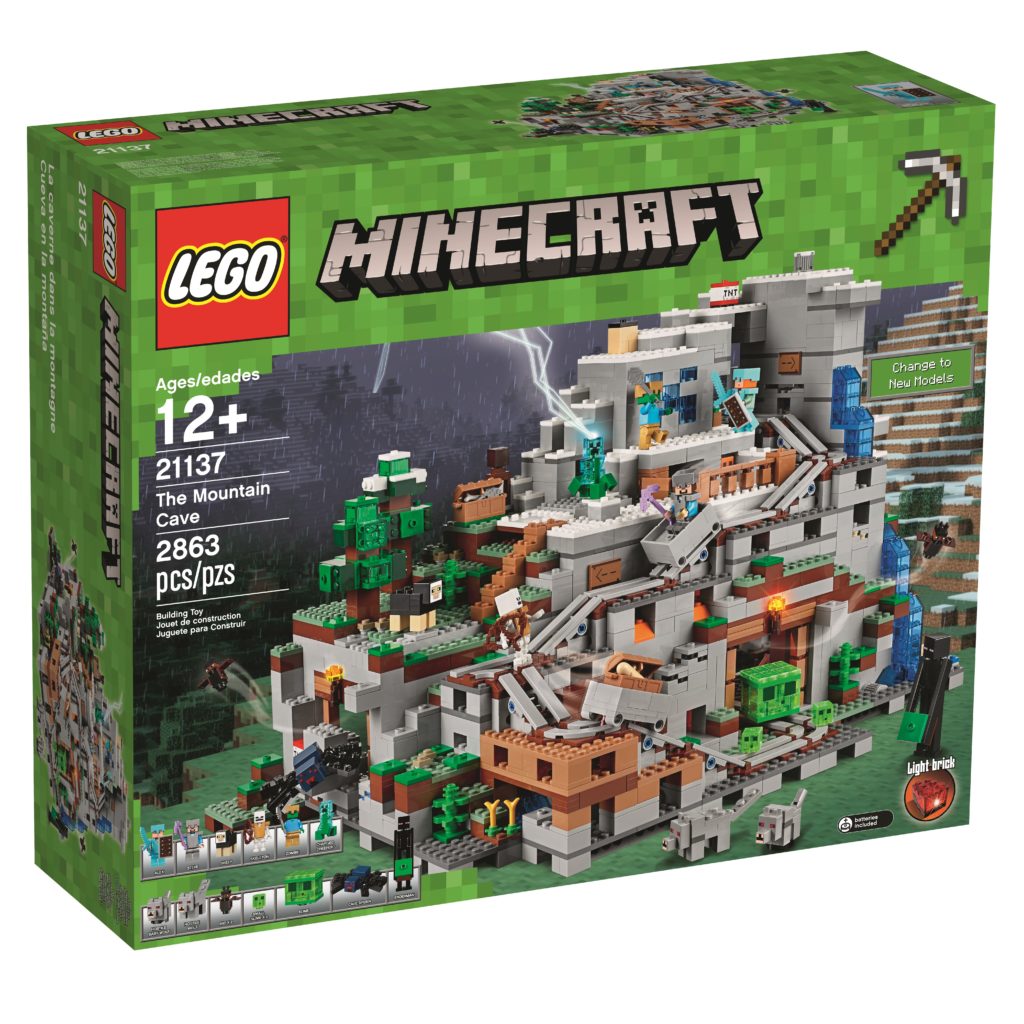 A little late to the party posting this (real life got in the way!), but LEGO has officially announced the biggest Minecraft set – 21137 The Mountain Cave.

Here are the links to the produce pages for your respective LEGO.com store: 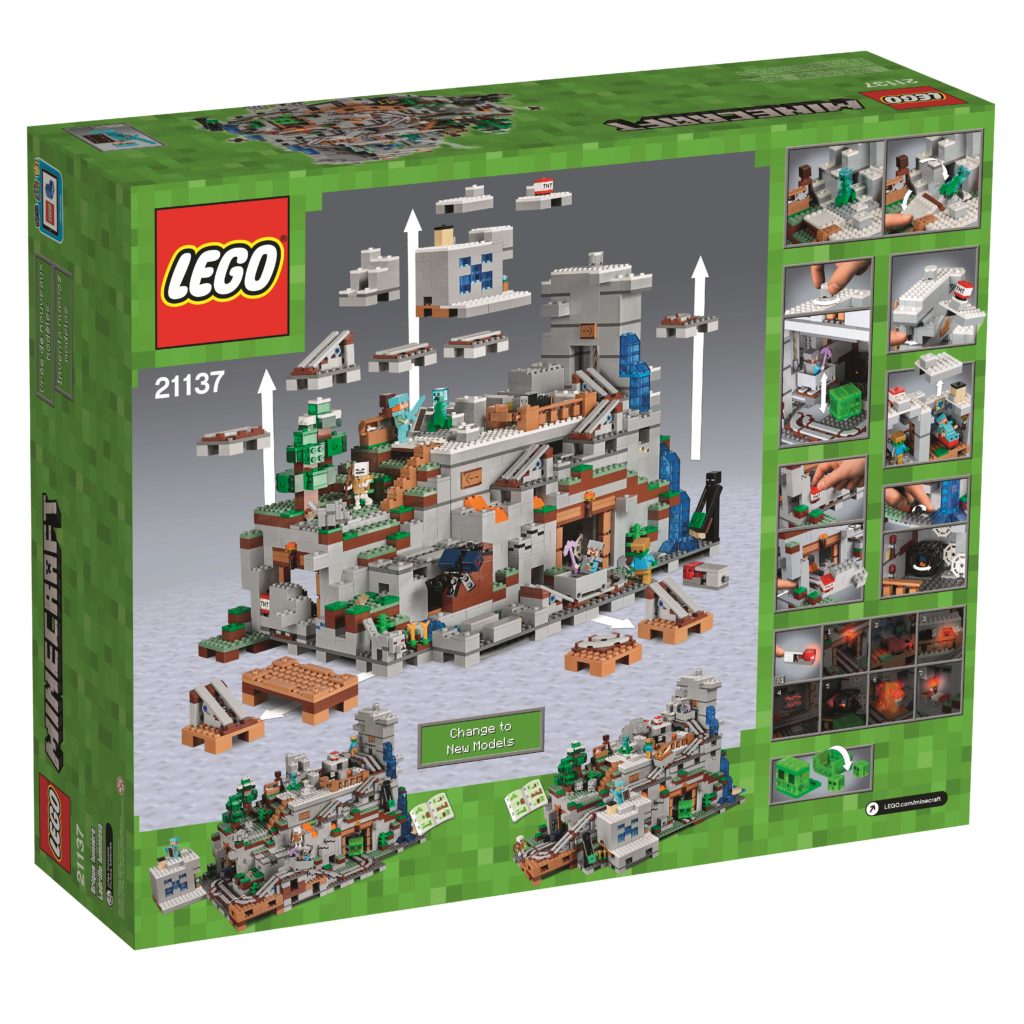 I’ll be completely honest – I know next to nothing about Minecraft having never played the game, although I do recognize the property’s massive impact on gaming and pop culture. Pretty sure Youtube earns a massive chunk of revenue from Minecraft Let’s Play videos.

As I don’t really have an active interest in the franchise, I don’t think I can really add much thought or an informed opinion to this set other than a generic perspective from a LEGO fan. 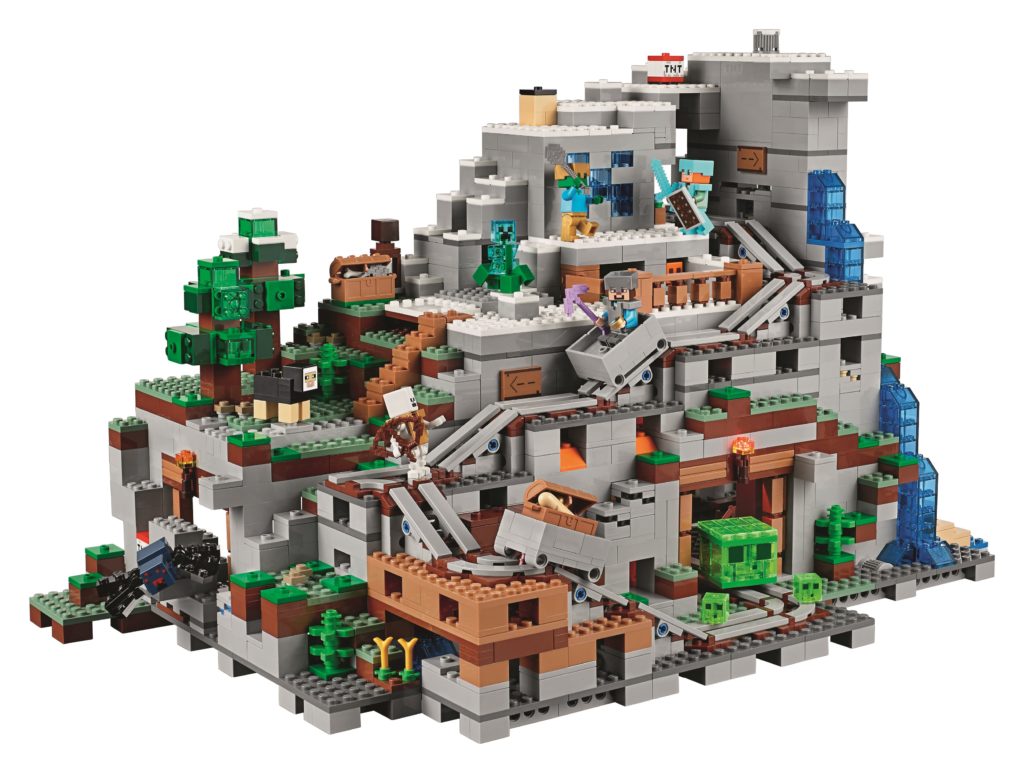 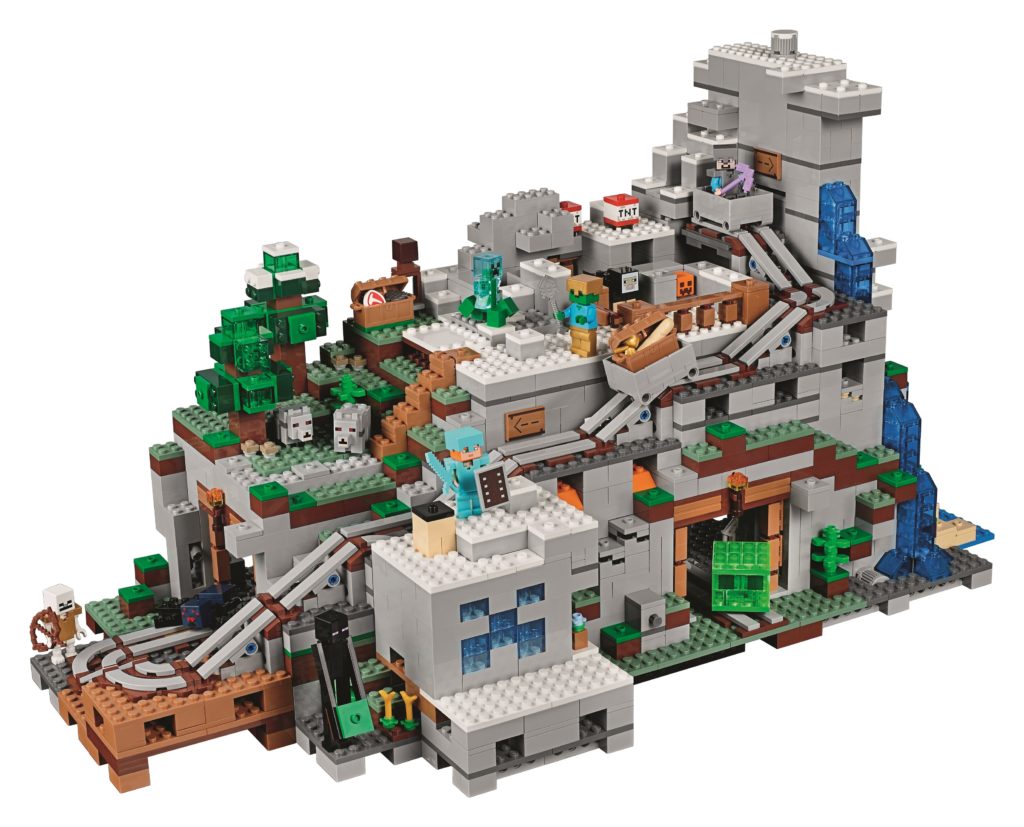 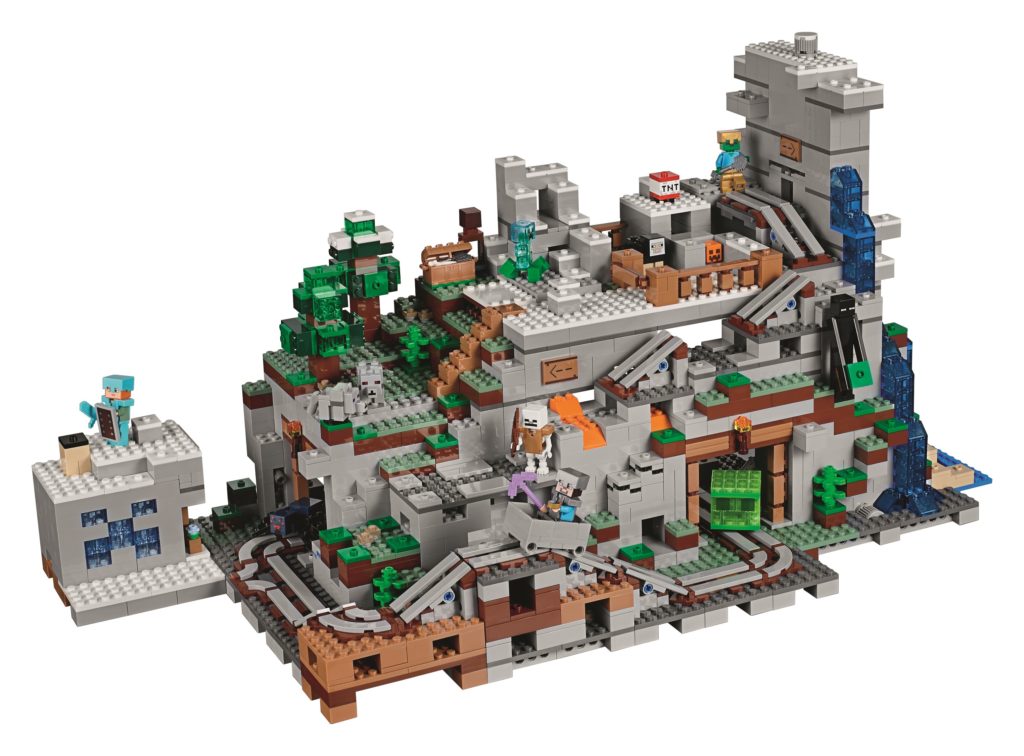 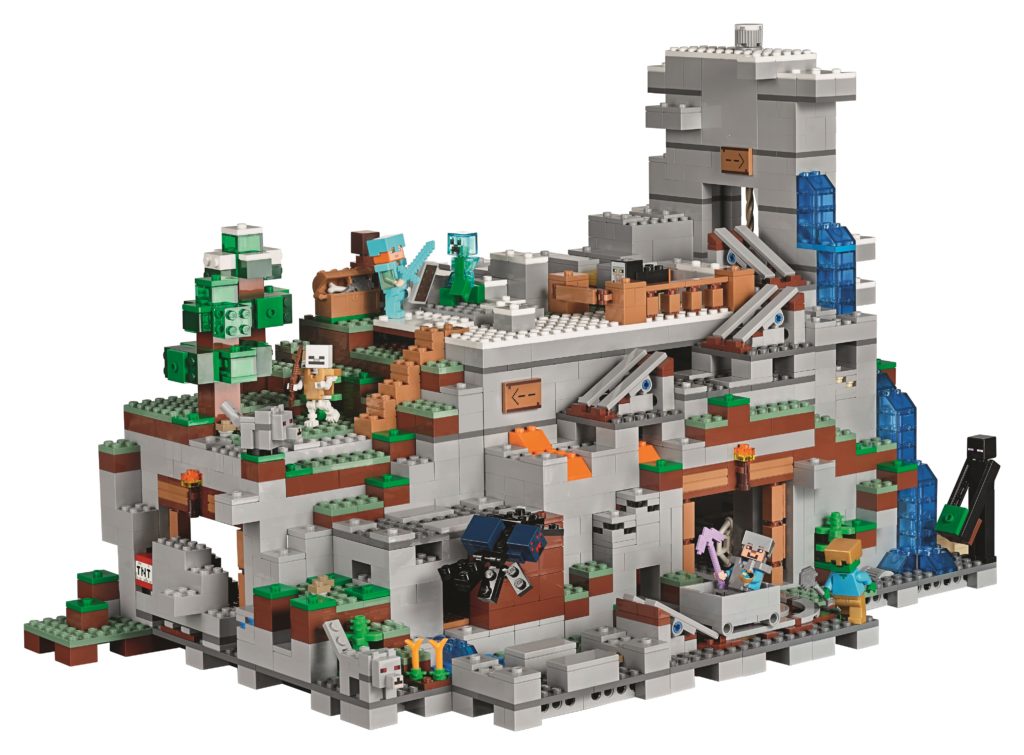 The scale of The Mountain Cave is certainly quite impressive and I love that the focal part of this set is an amazing minecart track with an integrated redstone-powered minecart elevator, and an array of other features and functions, including TNT blasting, rotating spider-spawner, charged Creeper explosion and a lava burst.

Another big draw of the set is that it has a modular design, which allows fans to reconfigure the design and layout of the set. As you can see in the images above, you can switch up many of the Mountain Cave’s sections to transform the look and feel of the set. That’s pretty cool and very close to the spirit of the game (and LEGO).

The Mountain Cave comes two minifigures, Steve and Alex in addition to a whole menagerie of animals and other characters that include a cave spider, wolf, baby wolf, slime, 2 small slimes, 2 bats, zombie, enderman, skeleton, sheep and a charged Creeper™.

Showing my ignorance here, but I’m guessing that the animals are all pretty important to the Minecraft universe? The large slime thing also looks pretty neat.

All credit to the LEGO Minecraft fans for obviously demonstrating that there is demand for such a gargantuan Minecraft set. While it’s not a theme that’s visibly popular among online LEGO fans and AFOLs, it definitely looks like fans are buying enough of the normal sets, and even the big D2C Village set to warrant an even bigger release by LEGO.

As a huge LEGO Lord of the Rings fan, it does make me a little sad that apparently us LOTR fans didn’t buy enough of the sets to warrant LEGO releasing more sets! Huge props to the LEGO Minecraft fans for keeping their theme afloat, from its humble origins – Micro World. 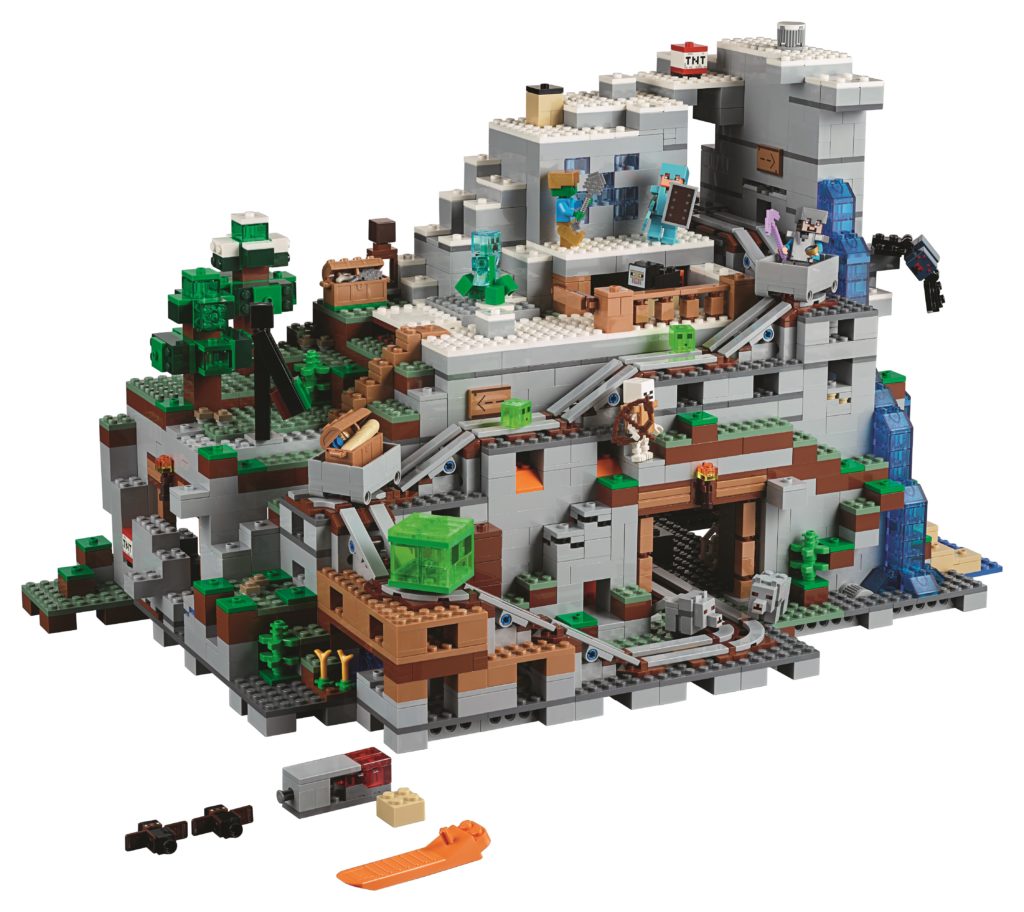 Are you a fan or are you a parent to a LEGO Minecraft fan? I’d love to hear your thoughts on this set in the comments section!

More photos below that show off some of the finer details of the set! 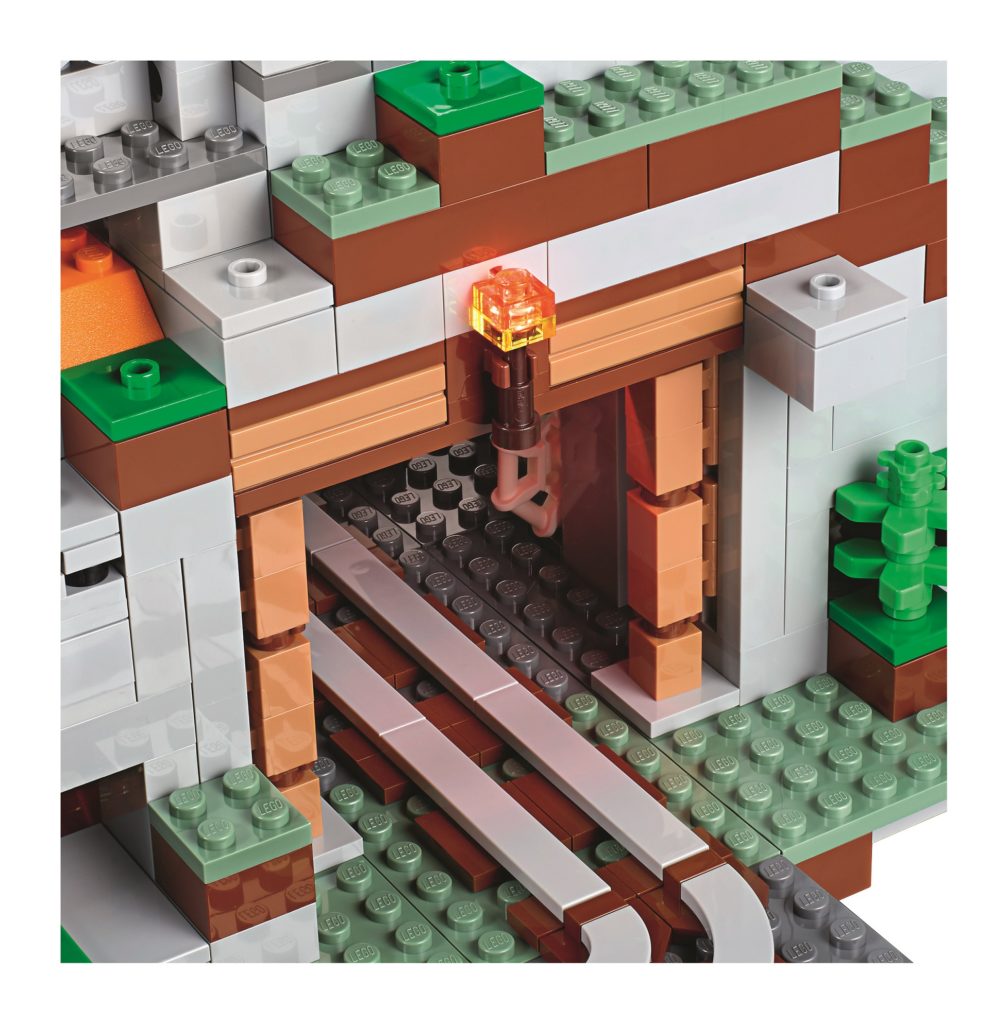 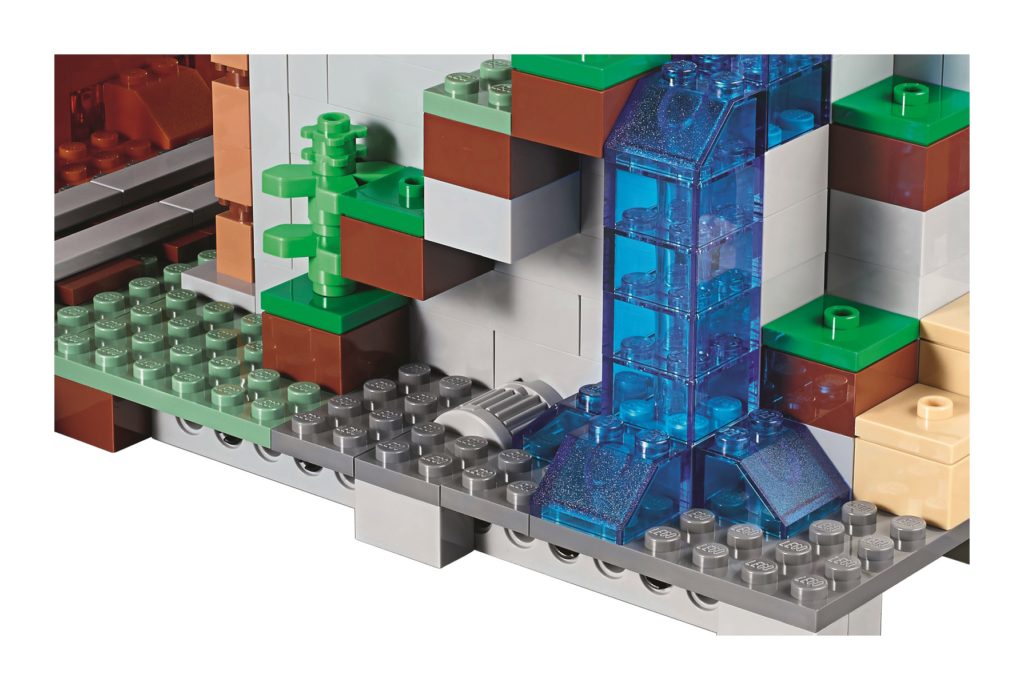 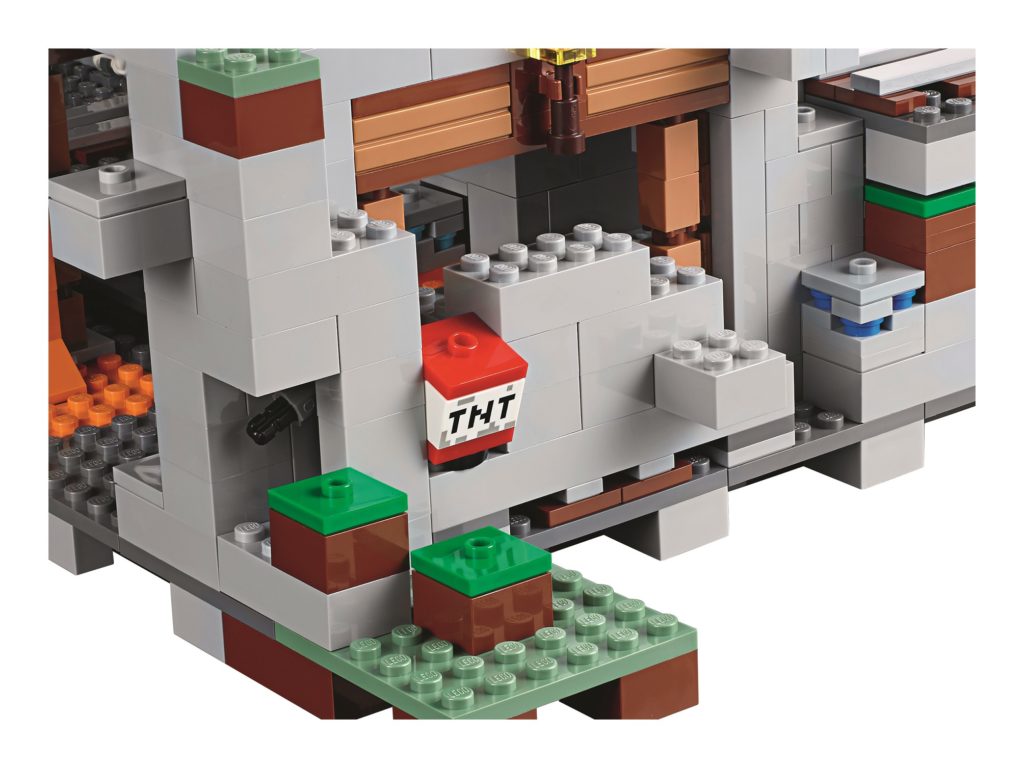 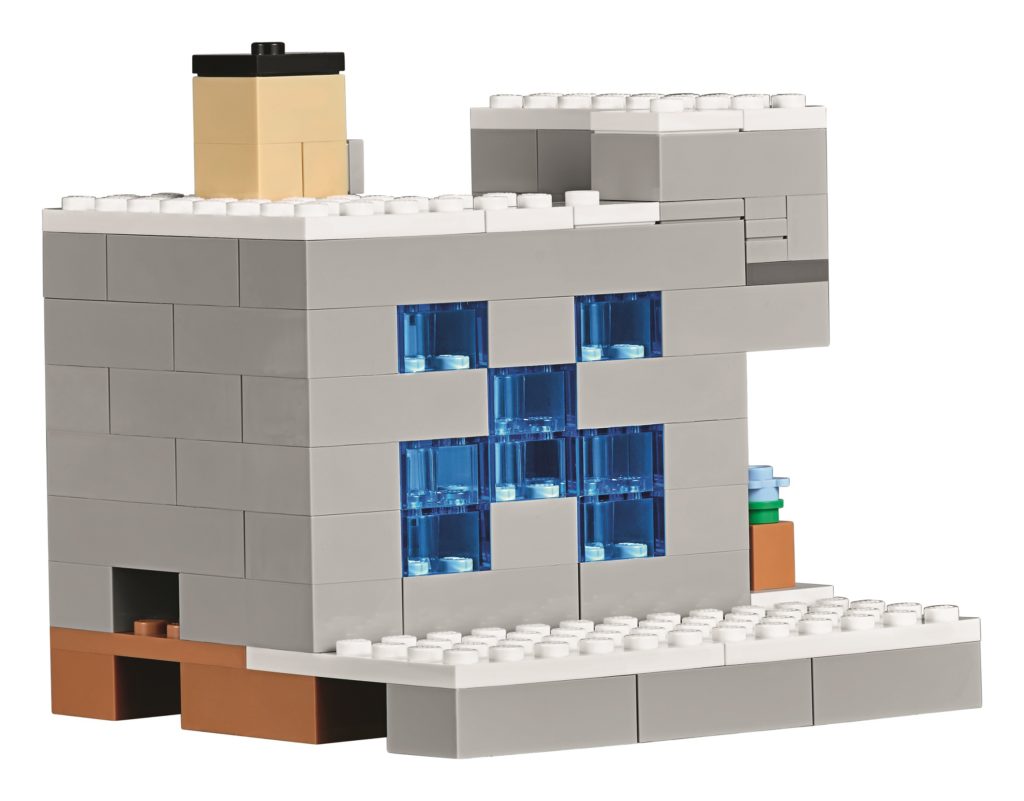 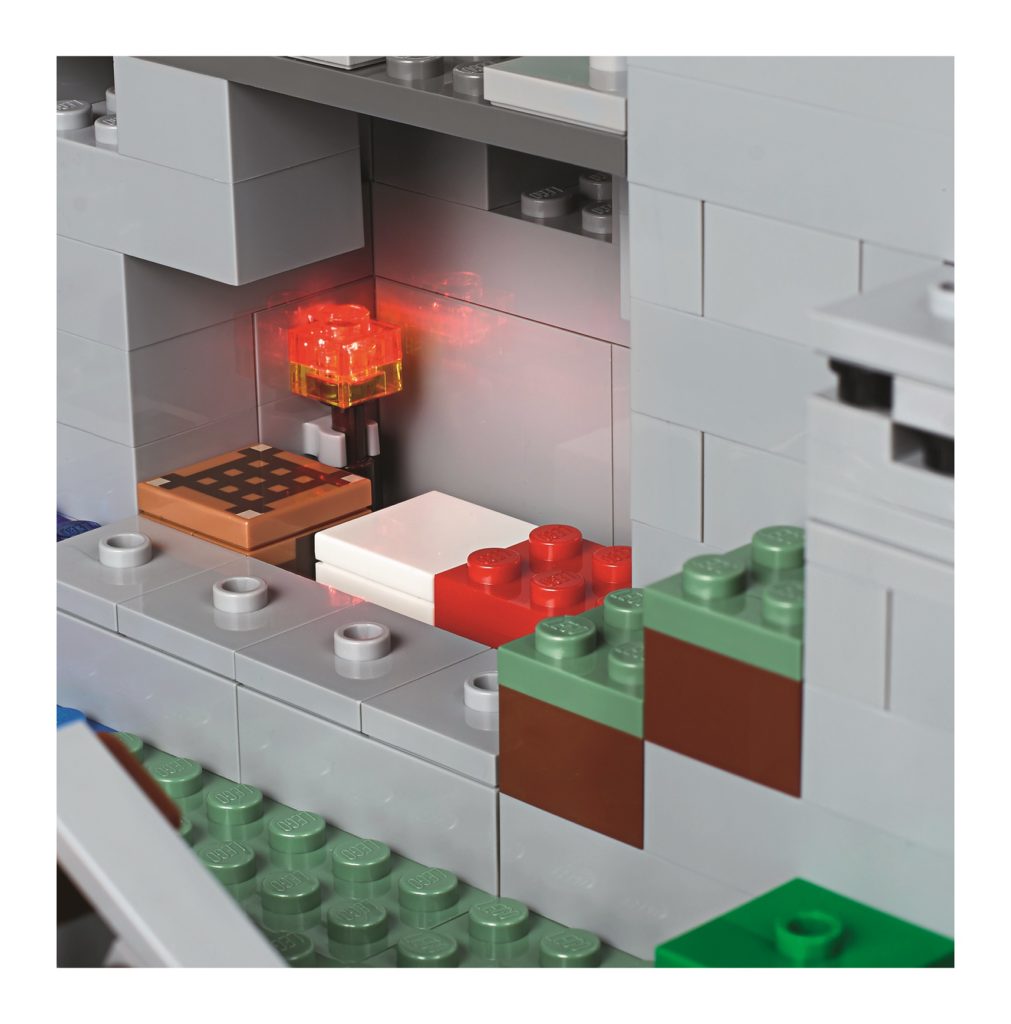 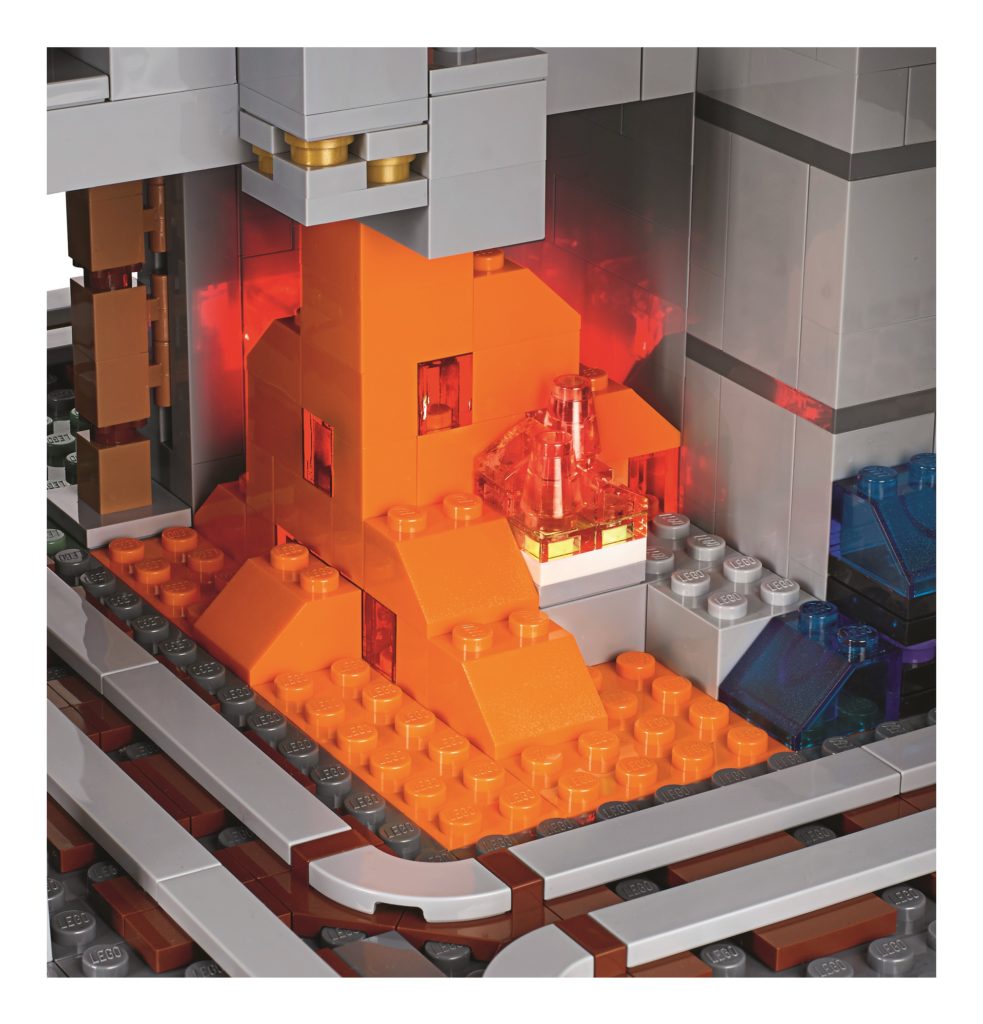 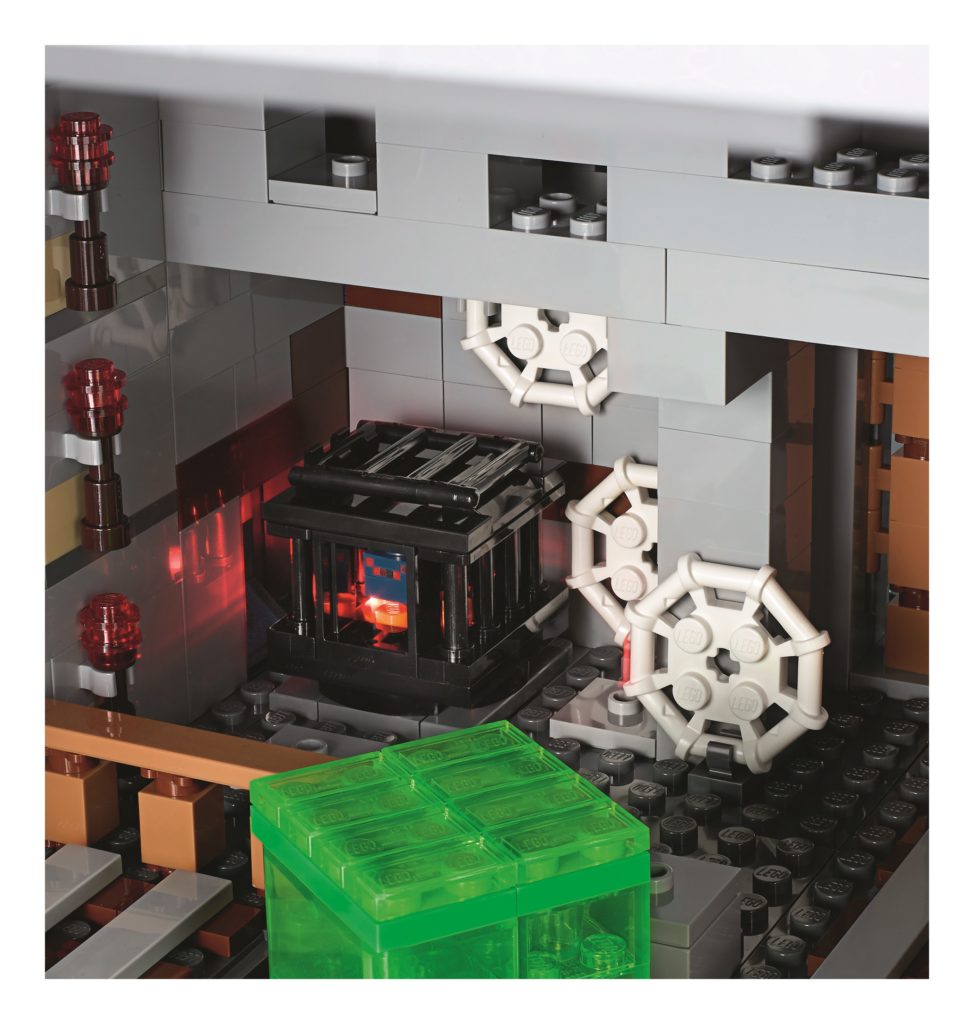 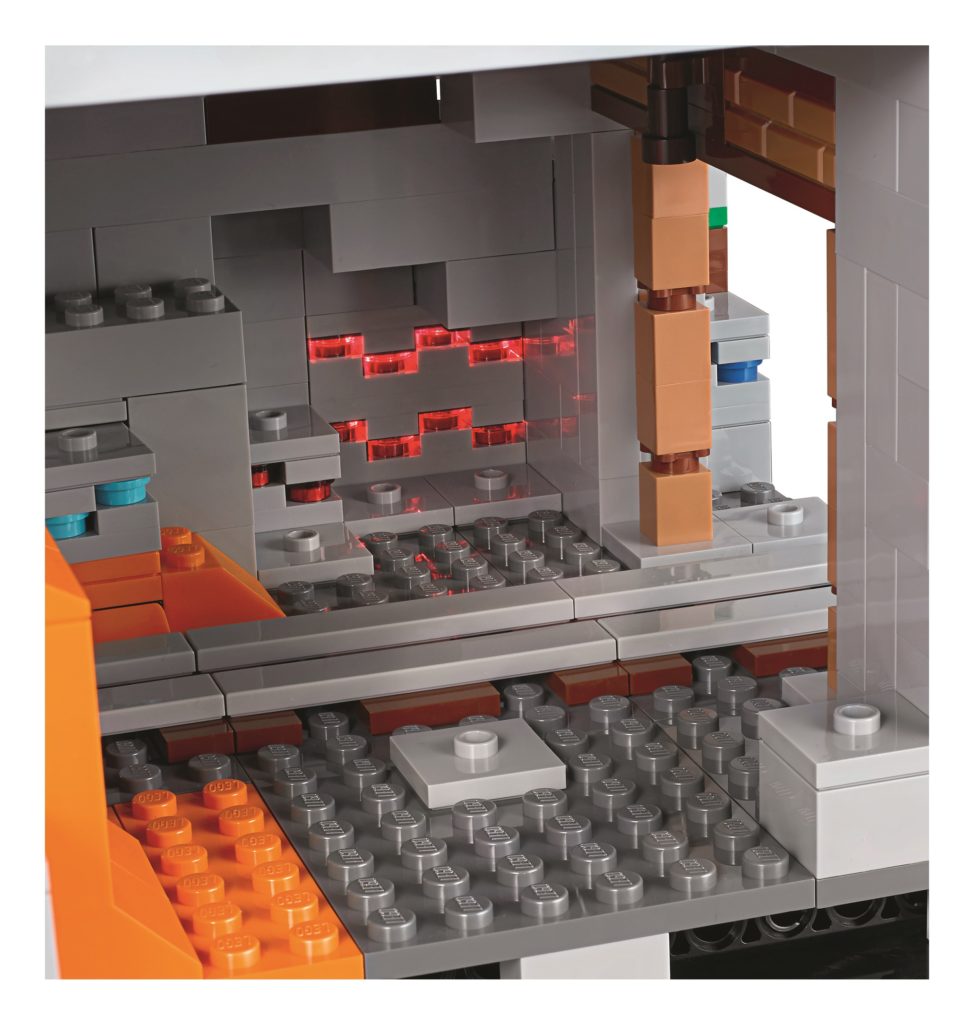 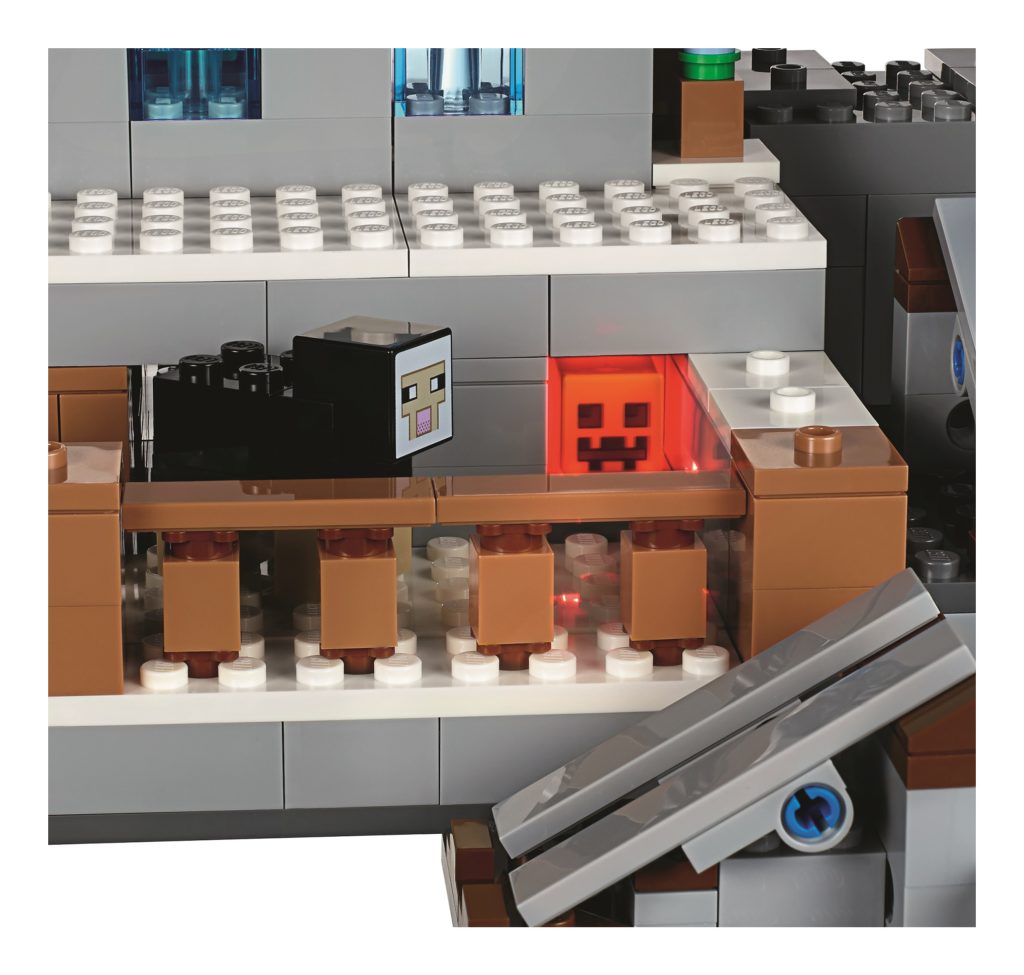 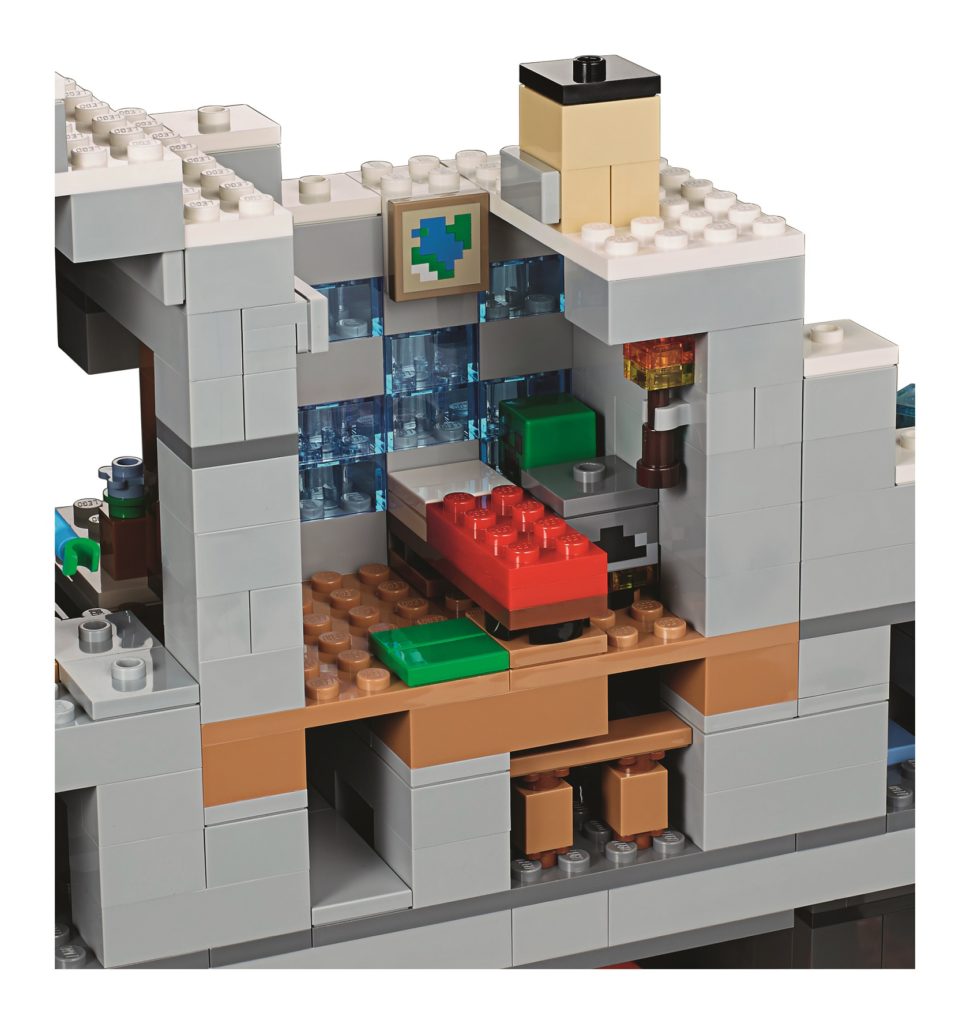