I’m pleased to share the official details and photos of the upcoming LEGO 10258 London Bus, the next iconic vehicle to roll off the assembly line of LEGO’s series of Creator Expert vehicles!

London’s red double decker busses are perhaps one of its most recognizable icons and it’s great that LEGO are paying homage to one of Britain’s enduring cultural icons via this charming model.

The Creator Expert London Bus includes 1,686 pieces and features the bus in its instantly-recognizable bright red colour scheme. The set’s has a general release date of 1 August 2017, with early access for LEGO VIPs on 17 July 2017.

The details in the press release are a little unclear, but it seems to suggest that you’ll be able to purchase this set from tomorrow onwards from 5 LEGO Brand Retail Stores in London. Either that or you can go in-store and check the set out. 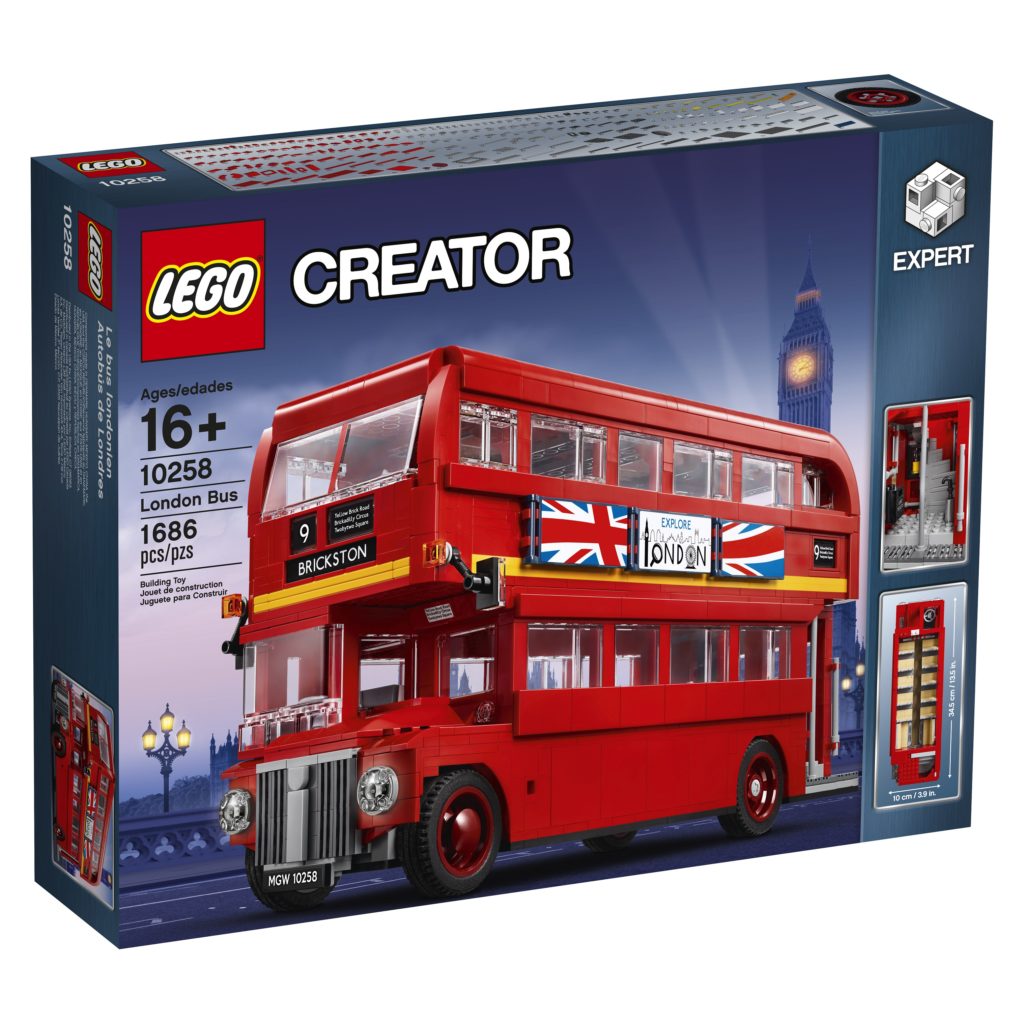 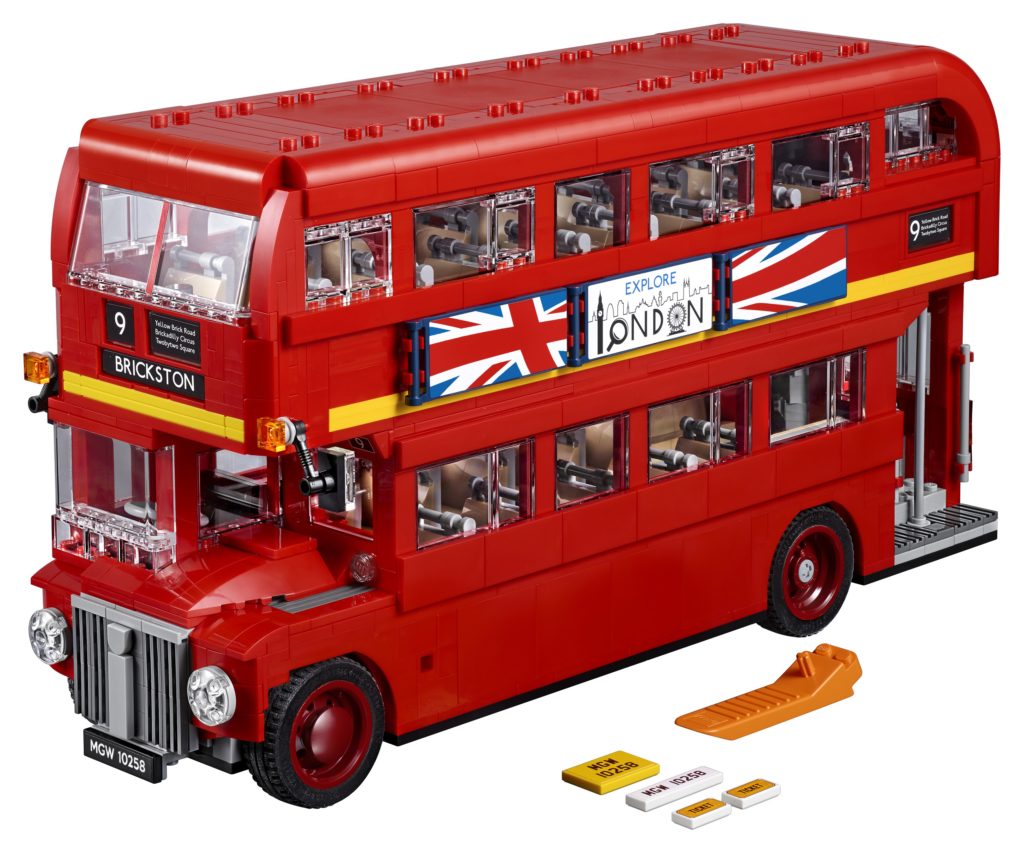 England has been getting a ton of love from LEGO, what with recent releases such as the Buckingham Palace Architecture set, Creator Expert Big Ben, and London Skyline set. Oh and not to mention the massive flagship stop at Leicester Square. Now they also get to add a Creator Expert vehicle to their list of British LEGO sets as well! 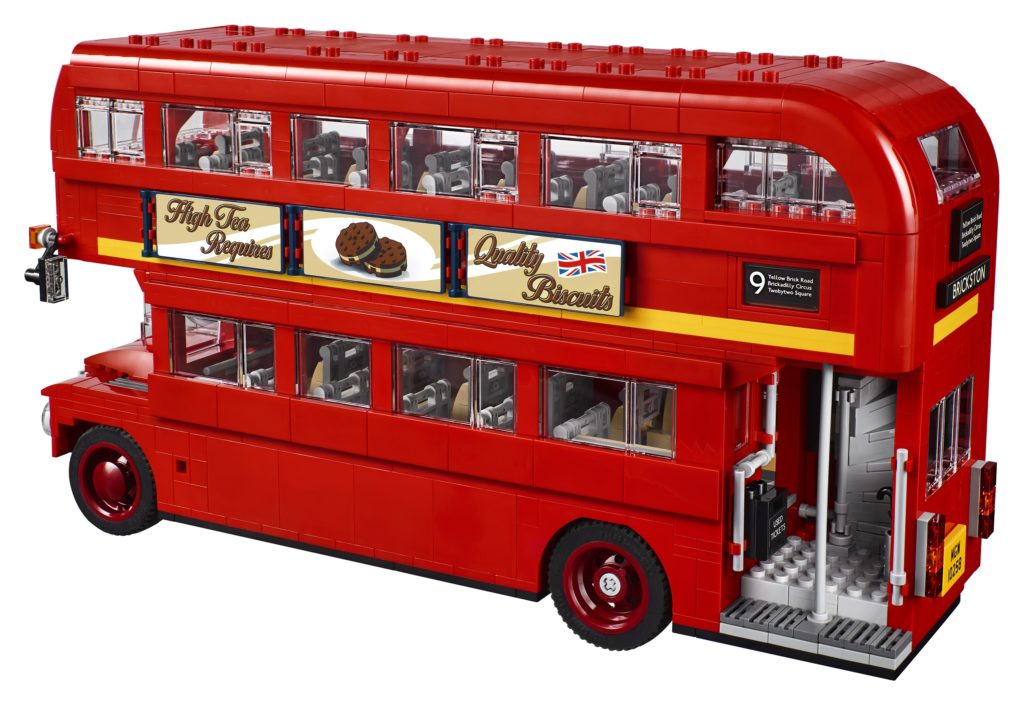 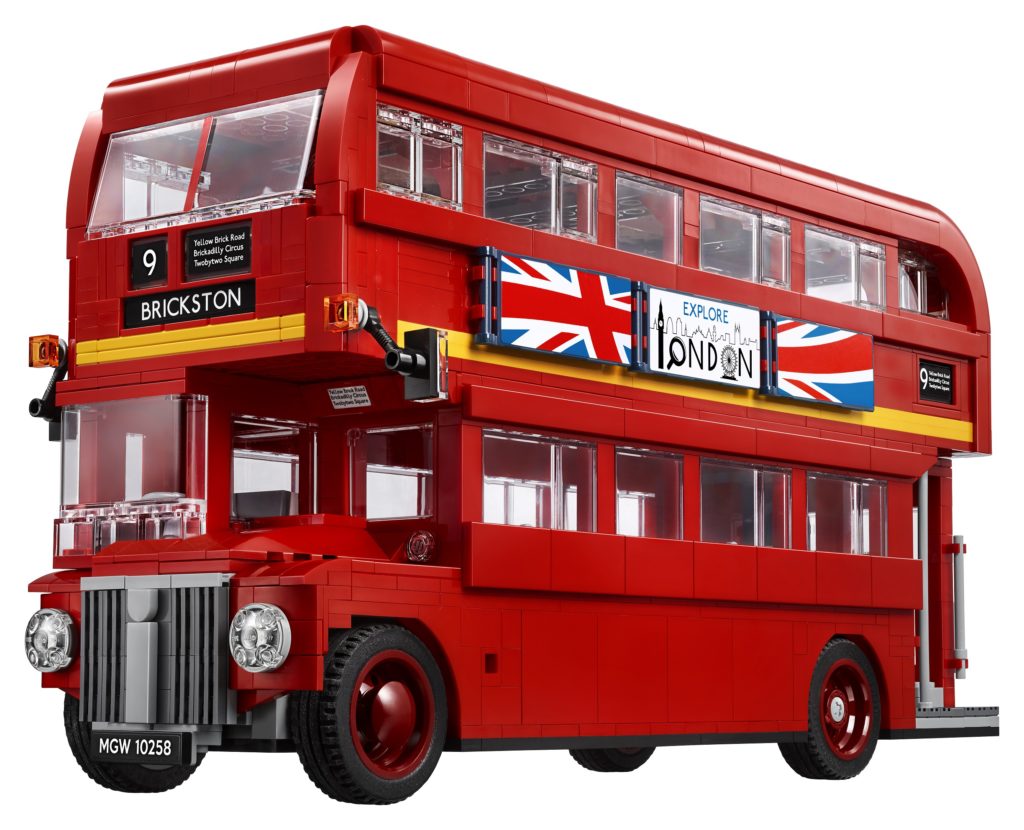 10258 London Bus takes LEGO fans down a nostalgic journey, celebrating the iconic design which features a wealth of authentic details. From the bright red colour scheme to the bus’ signature curves, the LEGO model itself is a terrific take on the real-world London Bus which is also known as the AEC Routemaster. 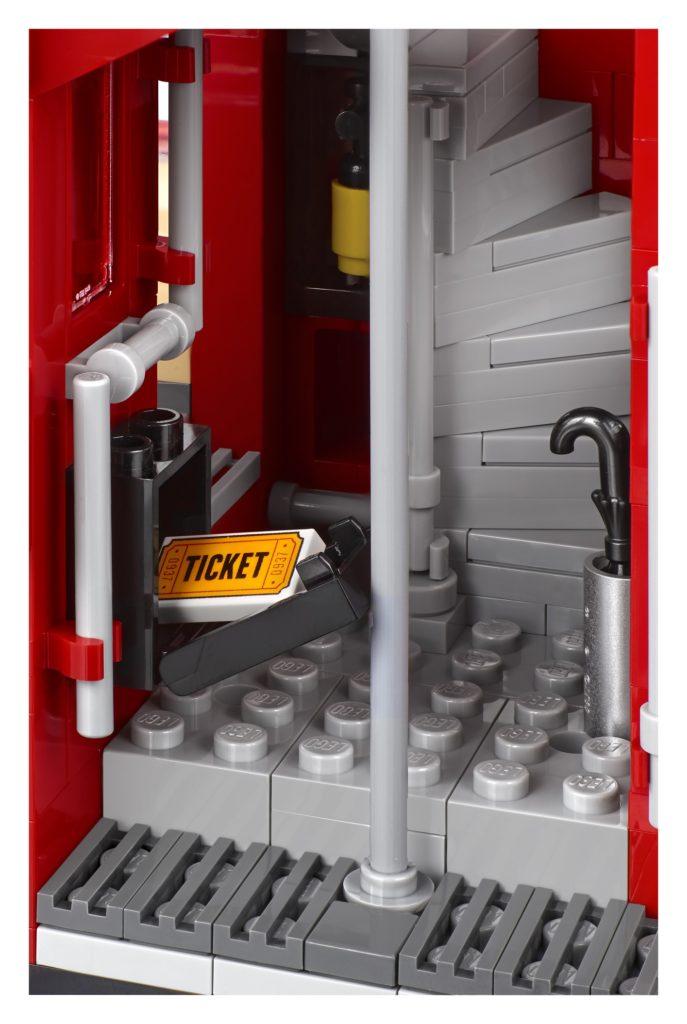 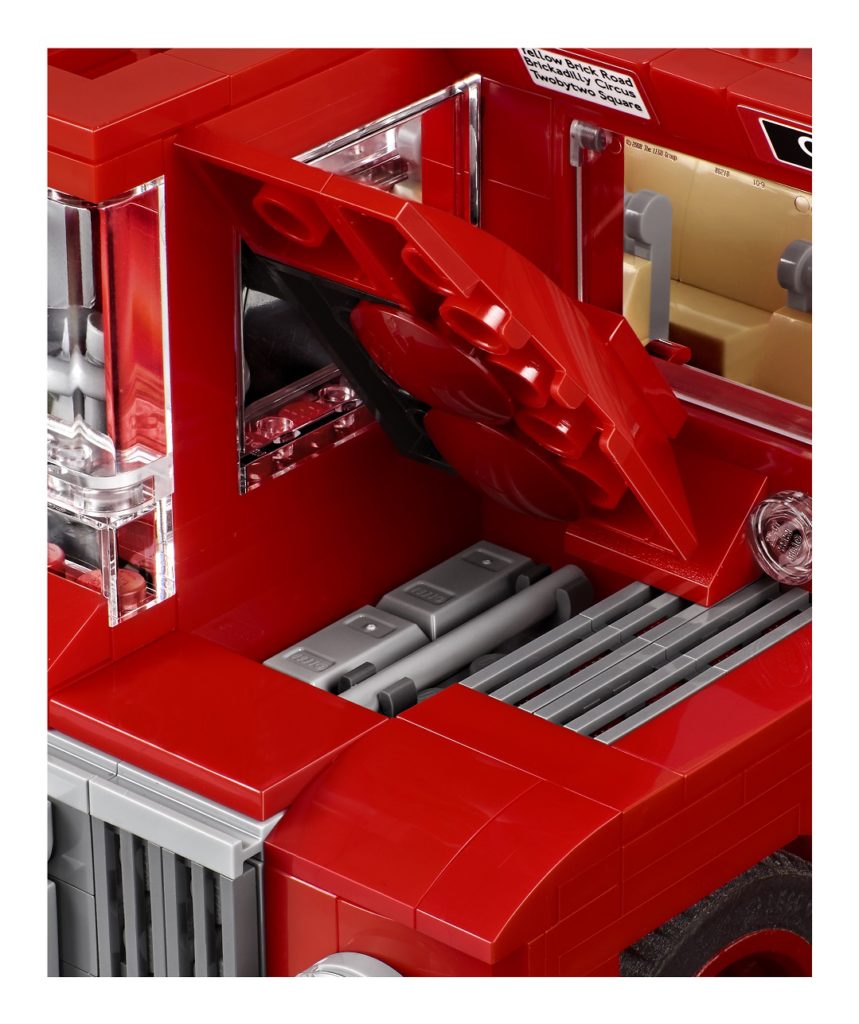 Many of the London Bus’ physical features are captured remarkably well such as the panoramic windshield, specially made standard-tread tires, destination sign, and an open rear boarding deck with a hand pole, ticket bin, fire extinguisher and a half-spiral staircase that leads to the upper sightseeing deck. 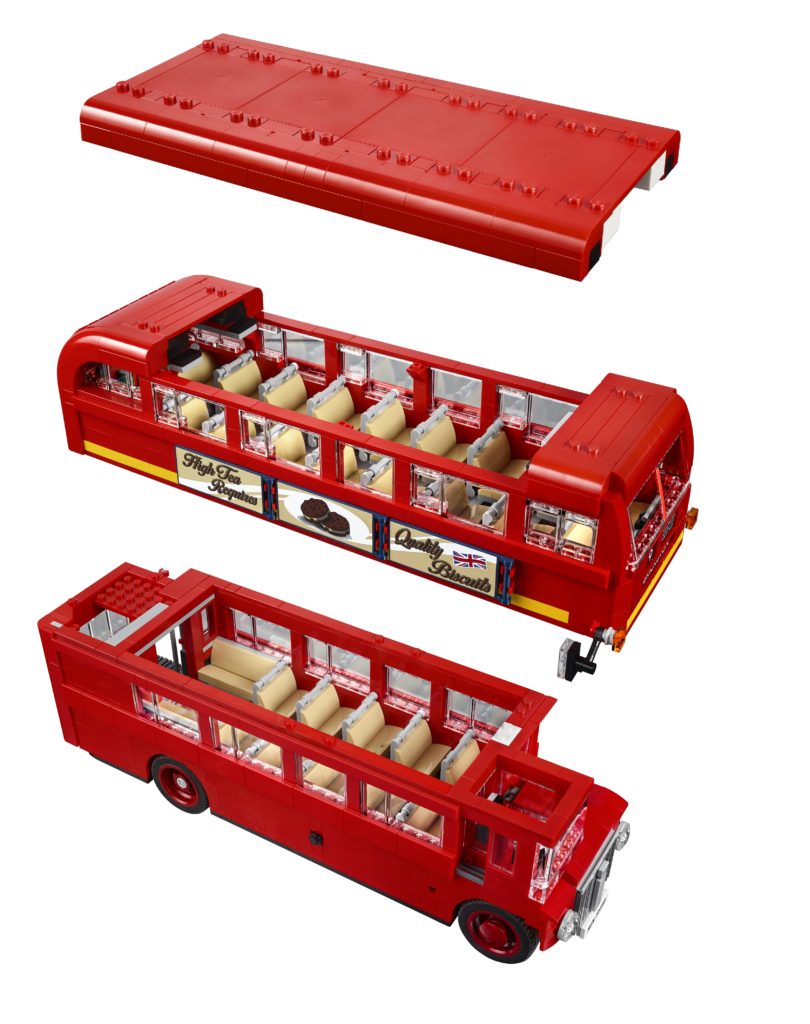 Functions include an opening hood with engine, detailed driver’s cab with a sliding door, and a removable roof and upper deck for access to the detailed interior with worn look seating and additional authentic details, including a forgotten umbrella, newspaper, empty beverage can and discarded chewing gum. Reversible transit advertising posters are also provided as printed labels with a 1950s or present-day London promotion. 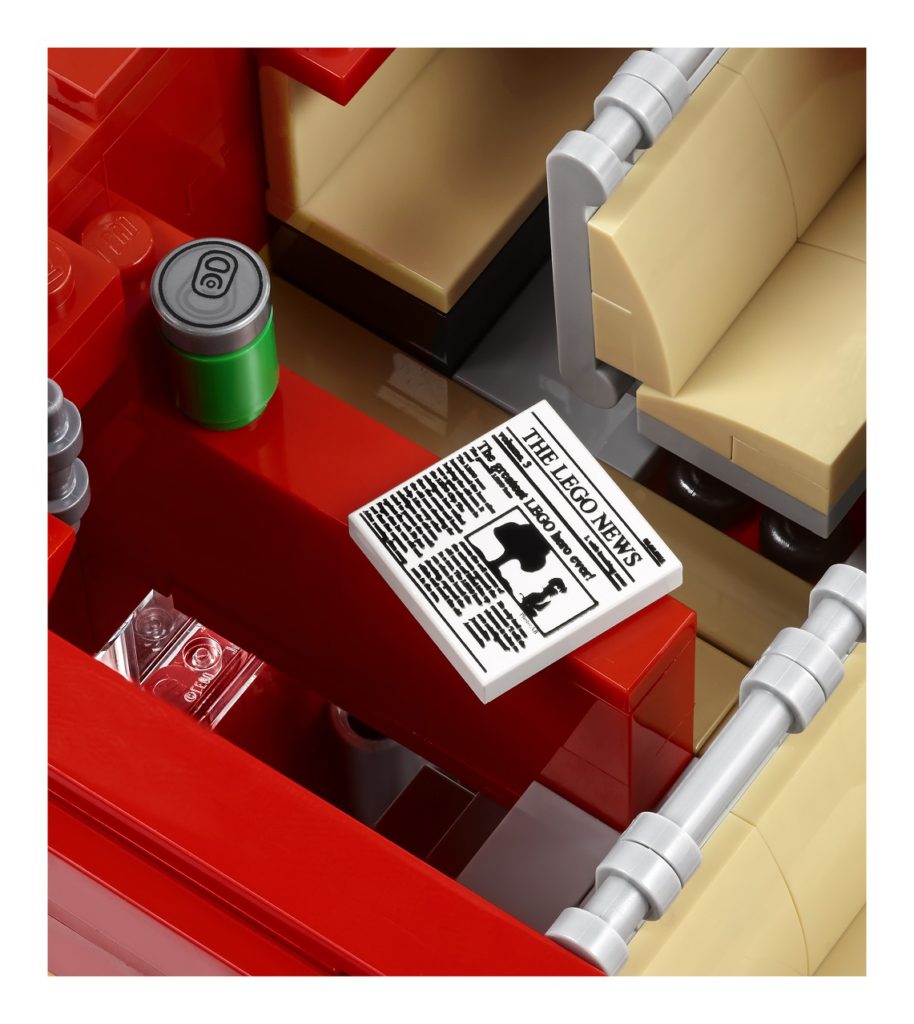 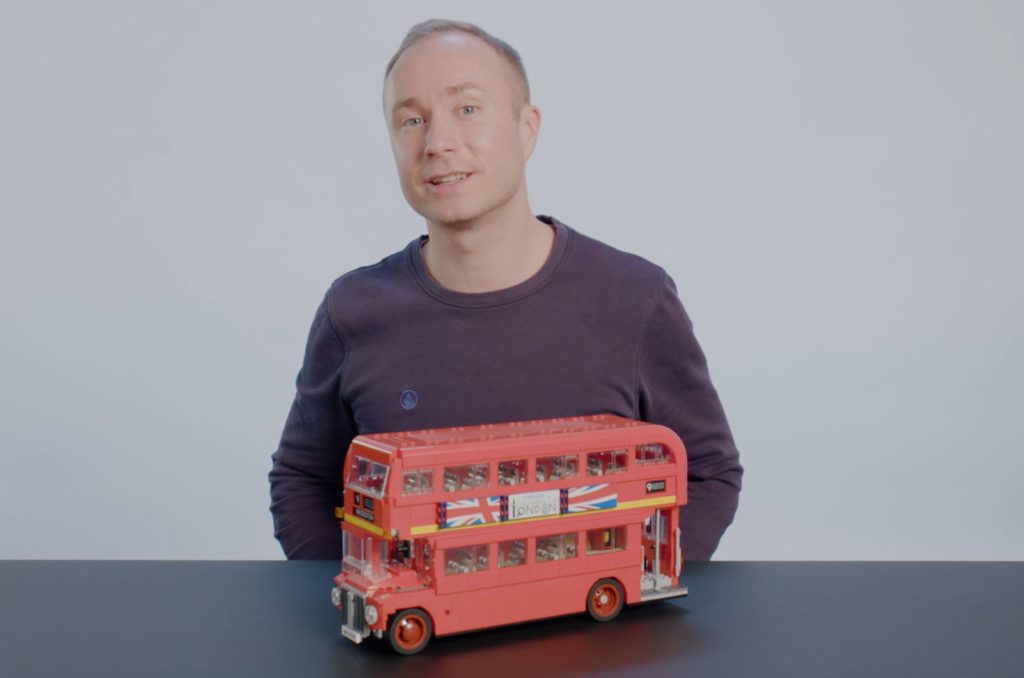 The London Bus is also designed as a display piece, and would look ideal next to the other LEGO Creator Expert Vehicles such as the Volkswagen T1 Camper Van, Mini Cooper, Volkswagen Beetle and Ferrari F40.

The scaling isn’t particularly realistic when you put these vehicles together, which may be slightly unsettling for those that prize accuracy and realism. But from the designer video, it looks to be quite sizable – the LEGO London Bus measures over 7” (18cm) high, 13” (34cm) long and 5” (13cm) wide which will make it one of the largest Creator Expert vehicles yet! 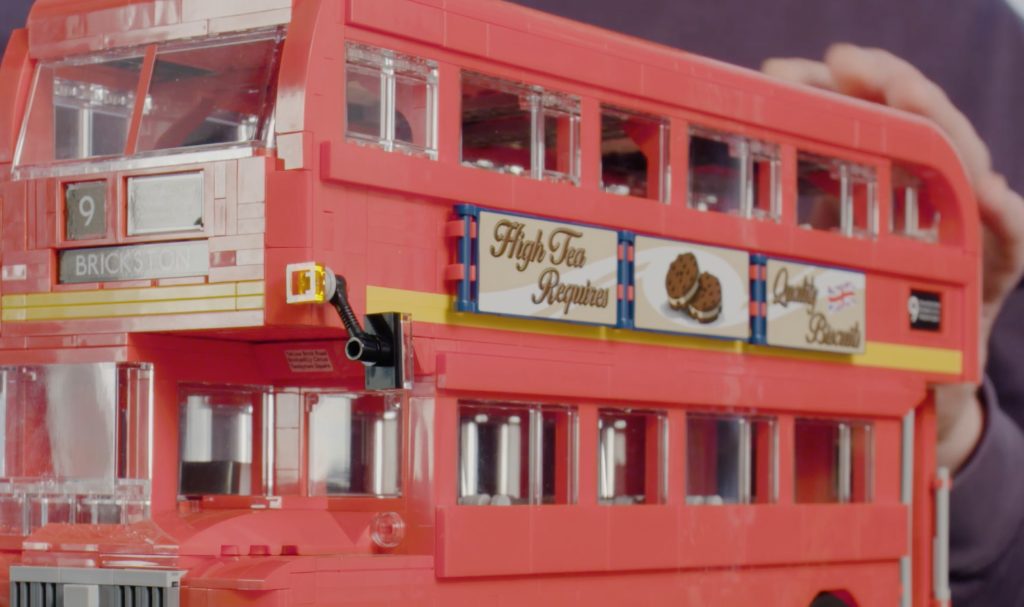 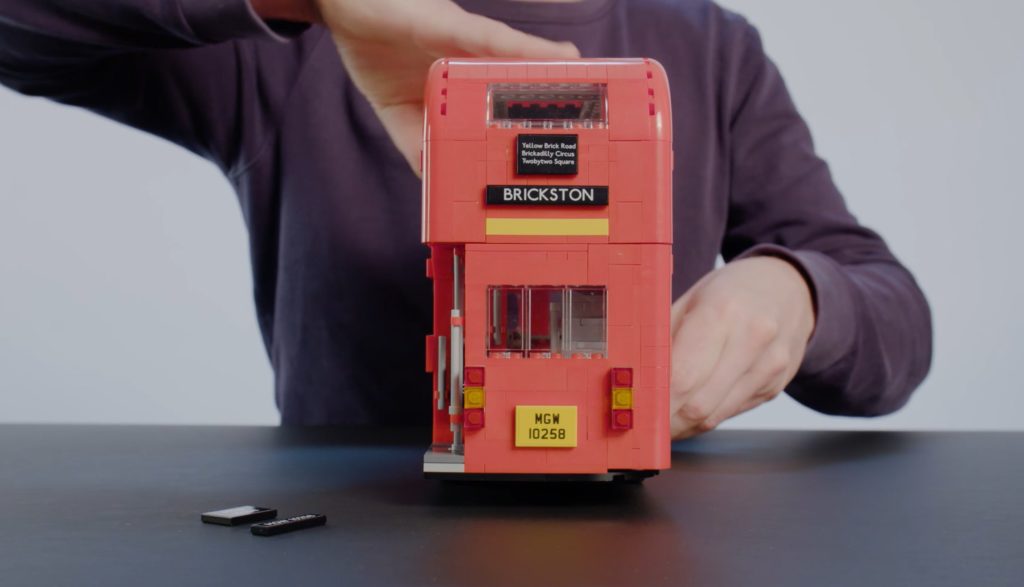 One of the things I really like about the London Bus is the option to change the license plates, as well as the signage on the side which you can switch between the tourism centric Explore London banner, or the more classic advertisement with English Biscuits on it! 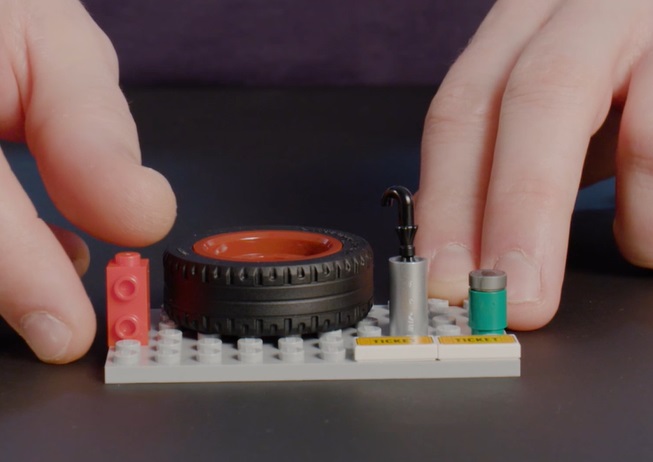 The new elements included in this set are a set of tires with standard tread, quarter bows and arches in red, and 1 x 1 x 1 A2/3 bricks with vertical studs.You also get a can drink, umbrella and printed ticket tiles as well!

To see more of the Creator Expert London Bus, be sure to watch the designer video below.

Objectively, I think this is a fantastic model. The iconic design of the London Double Decker Bus is surely going to excite many Brits and tourists who have been lucky enough to visit London and seen one of these in the flesh.

Personally, I’m a little underwhelmed. I’ve been a massive fan of the Creator Expert Vehicle series, mostly because the previous models have all been based on iconic automotive models. This one feels a little more touristy (almost like its meant to promote tourism to London) and doesn’t really satisfy my personal interests from an automotive sense.

It’s also a little on the boring side and I probably won’t be ordering this one immediately. It doesn’t really scream “BUY ME!” and in a year with some really outstanding sets being released, I’m afraid that other sets like Ninjago City are much higher on my priority list.

I’d love to know what you think of this set, feel free to share your thoughts in the comments section!