Living in Australia, we often miss out on some of the cooler and exclusive polybags that are often available to our American and European counterparts.

The Amazing Spider-Man 2’s Electro polybag was one recent case. When news broke online that Toys ‘R’ Us in the United States were starting to sell Electro polybags, I called in a favour with one of my friends and managed to get a few of them sent over!

Here’s my brief review of Electro! 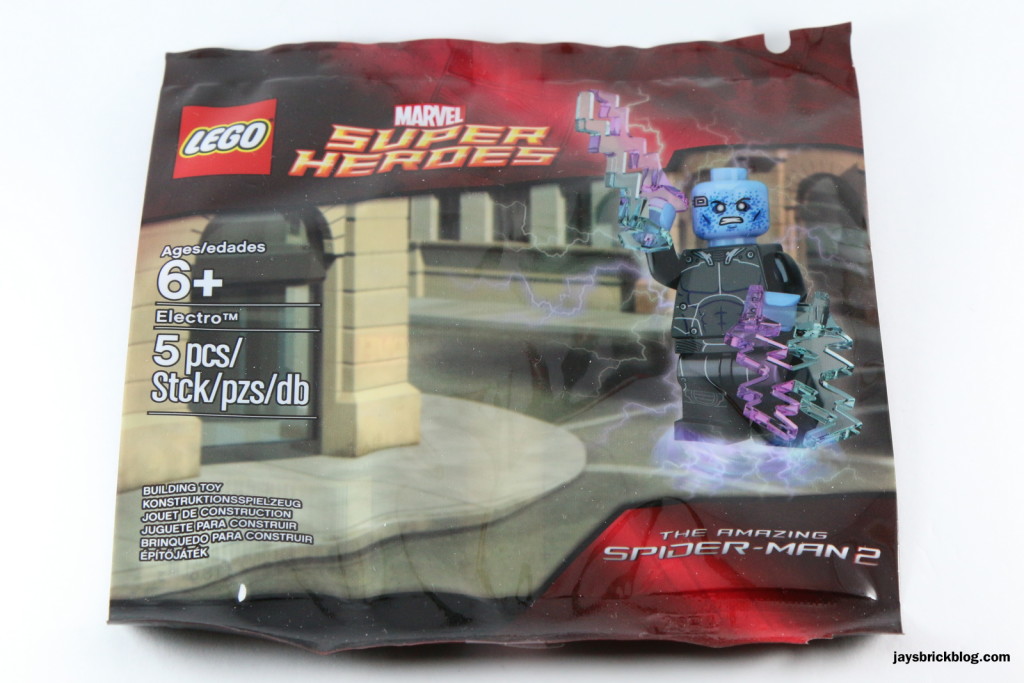 Electro is kind of a weird promotional polybag. It is the only licensed LEGO set from The Amazing Spider-Man 2, which premiered in cinemas a whole year ago. That’s almost ancient history by now!

It seems odd that LEGO would go to such great lengths to license the character from the movie and only widely release the polybag a year after the movie premiered.

Sounds like there was some kerfuffle between the marketing plans and they somehow needed to offload a whole bunch of them – which is why they started showing up in droves in American Toys R Us stores as a bonus when buying LEGO.

According to my friend, you could either spend $30 or more on LEGO in a single receipt to get the polybag, or buy him outright if you were lucky enough to get a lenient cashier. 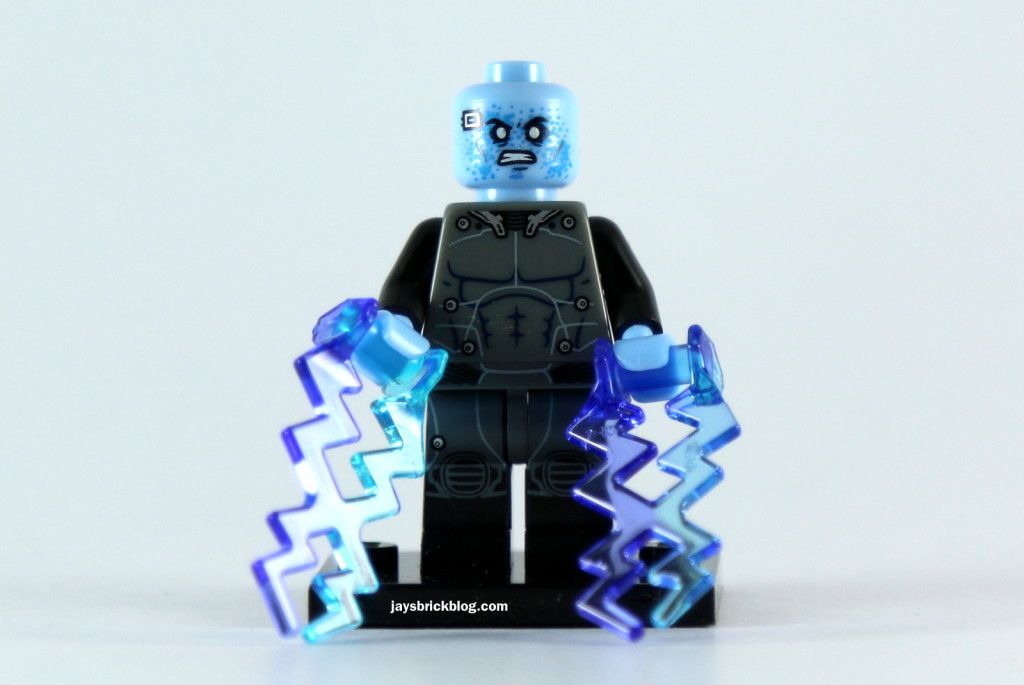 Here’s the minifigure, which is based off one of Spider-Man’s most iconic villains, played by Jamie Foxx in The Amazing Spider-Man 2. 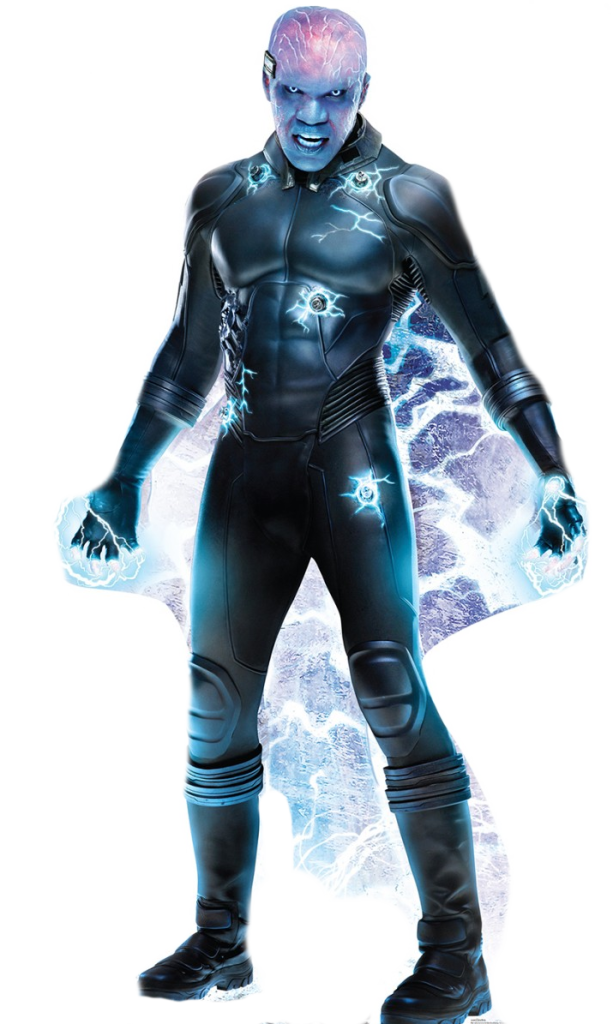 In case you forgot how he looked like in the movie, here’s a refresher.

I think LEGO did a remarkable job capturing Jamie Foxx’s look from the movies. His conductive grey body suit is recreated well, and has enough detail on it to satisfy most minifigure enthusiasts.

I don’t quite like the splotchy bits on Electro’s face – it kinda looks like he’s suffering from a very bad electric-shock induced pimple breakout. 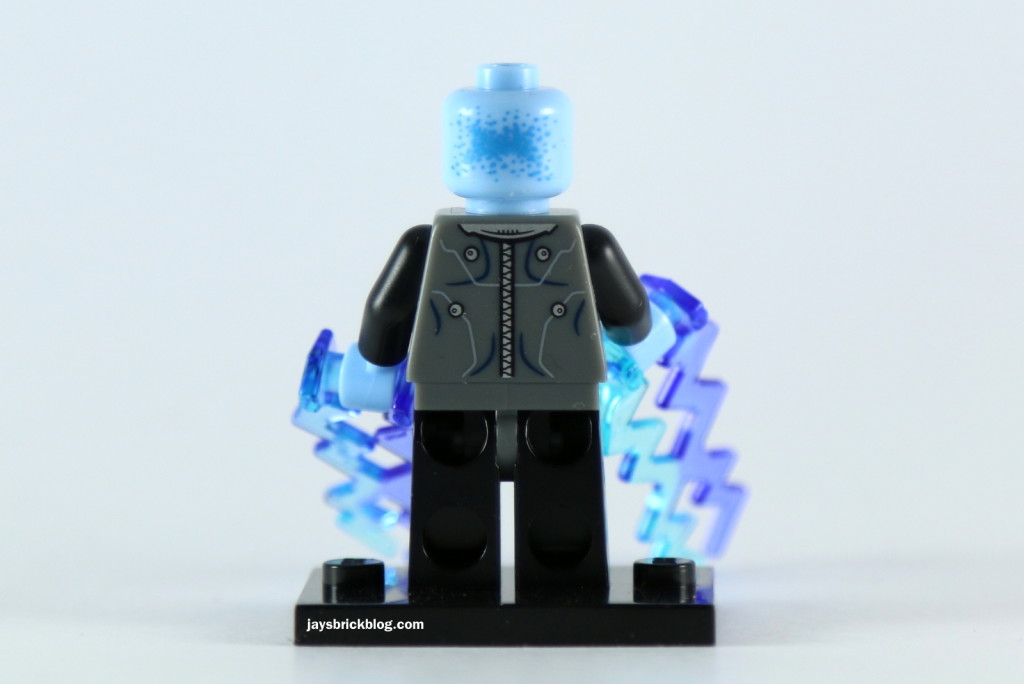 The back printing is decent as well. One thing great about his torso and leg combo is that it looks generic enough to be repurposed for any sci-fi minifigs or even a space suit. 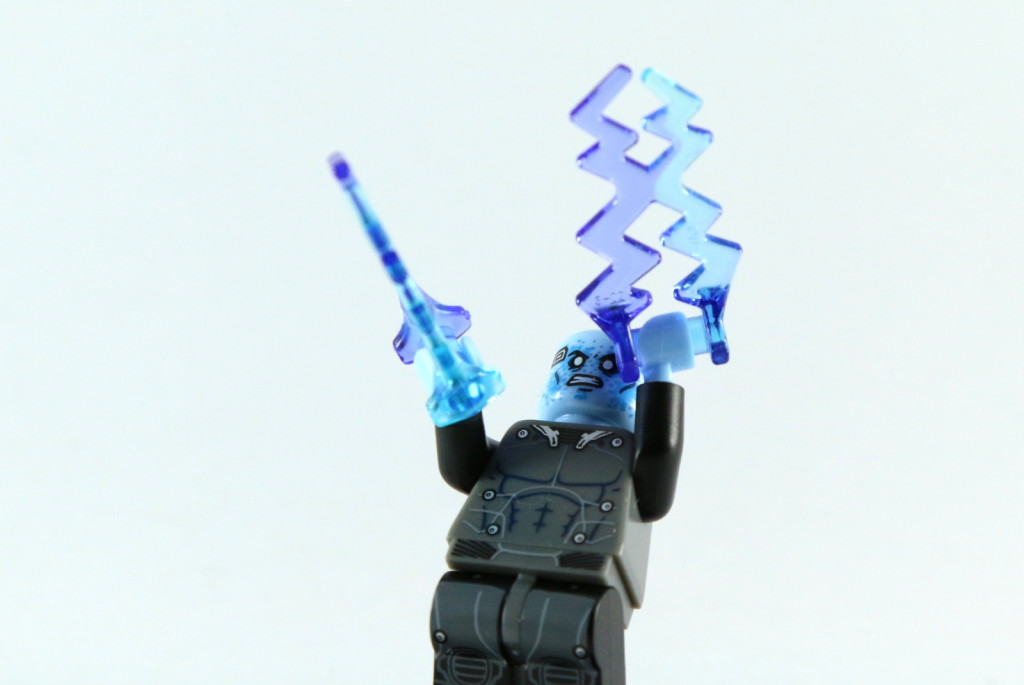 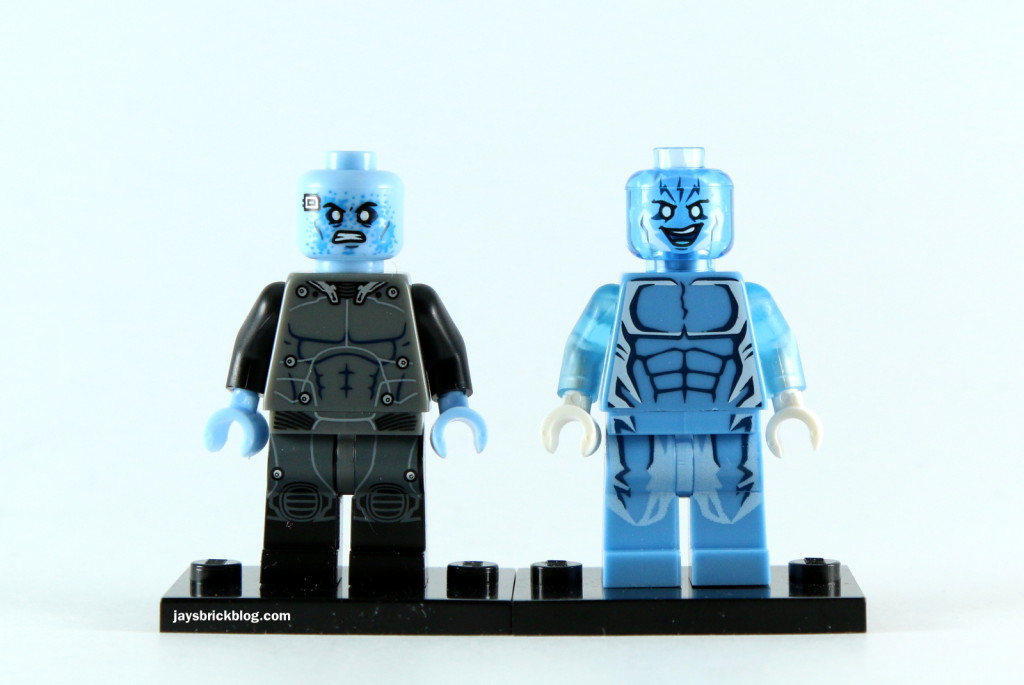 This is only the second Electro Minifigure in the Marvel Super Heroes universe, with the first one appearing in 2014’s 76014 Spider-Trike vs Electro set.

When compared side by side, I actually prefer the more cartoonish Electro over the dark and gritty interpretation from TASM2. The other Electro also has a slight edge with the cool use of translucent elements. 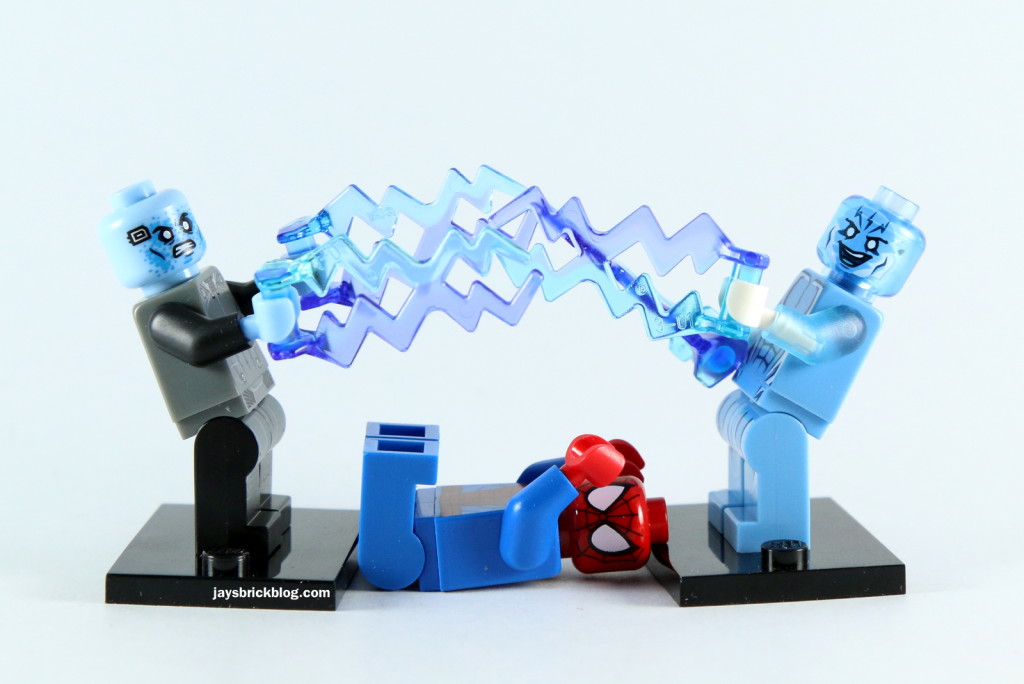 The Amazing Spider-Man 2’s Electro still makes a fine minifigure that is a must-have for fans of LEGO’s Marvel Super Heroes theme.

Its rarity (outside of the US) is bound to be a contentious issue for some, but it’s not like LEGO has ever gone out of their way to ensure that all territories are fairly represented when it comes to promotional polybags.

If you get the chance and have enough budget for it, Electro isn’t a bad pickup and will be a great addition to your lineup of Marvel characters.

If you have friends in the United States, you can always see if they’d be willing to check out their nearest Toys R Us or you could always buy one off the secondary market.