My recent Electro polybag review was well received, so I’m keeping up the momentum with my next exclusive polybag – The Winter Soldier.

The Winter Soldier polybag was available to Australians in February as part of a LEGO.com promotion to entice fans to drop $500 on the S.H.I.E.L.D. Helicarrier. I was one of those enticed fans, and now I’m pleased to give you guys a better look at The Winter Soldier.

Why now? No real reason – I just didn’t have much time to slot it in and I figured that this would be a perfect opportunity since the Americans will finally get the chance to own it through their own LEGO.com promotion which begins in June. 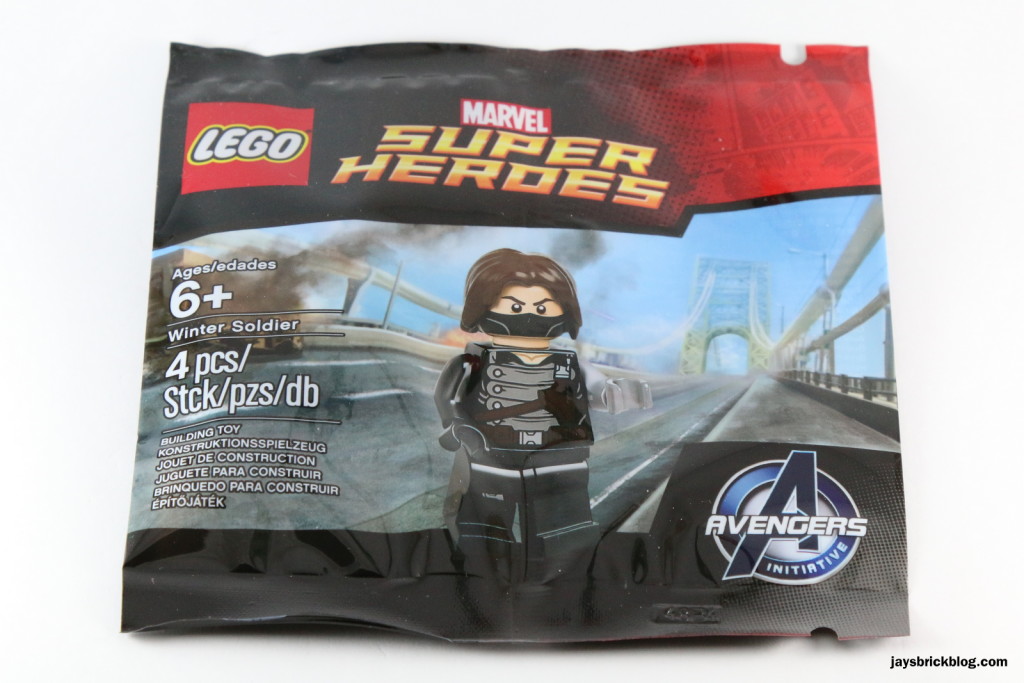 Americans will be able to own their very own Winter Soldier polybag by spending $75 or more on LEGO.com or in official LEGO stores. The promotion will run from 1 – 30 June 2015.

The Yanks seem to get all the good stuff – they don’t even have to buy a Helicarrier to get the Winter Soldier! The polybag has traditionally sold for about $50 on the secondary market and I fully expect the price to crash once the market gets flooded by an army of Winter Soldiers.

If you missed out on The Winter Soldier, you’ll (hopefully) be able to buy him off the secondary market at a much more reasonable price soon. Or if you’re in the United States, get him for almost free with your LEGO purchase! Lucky you! 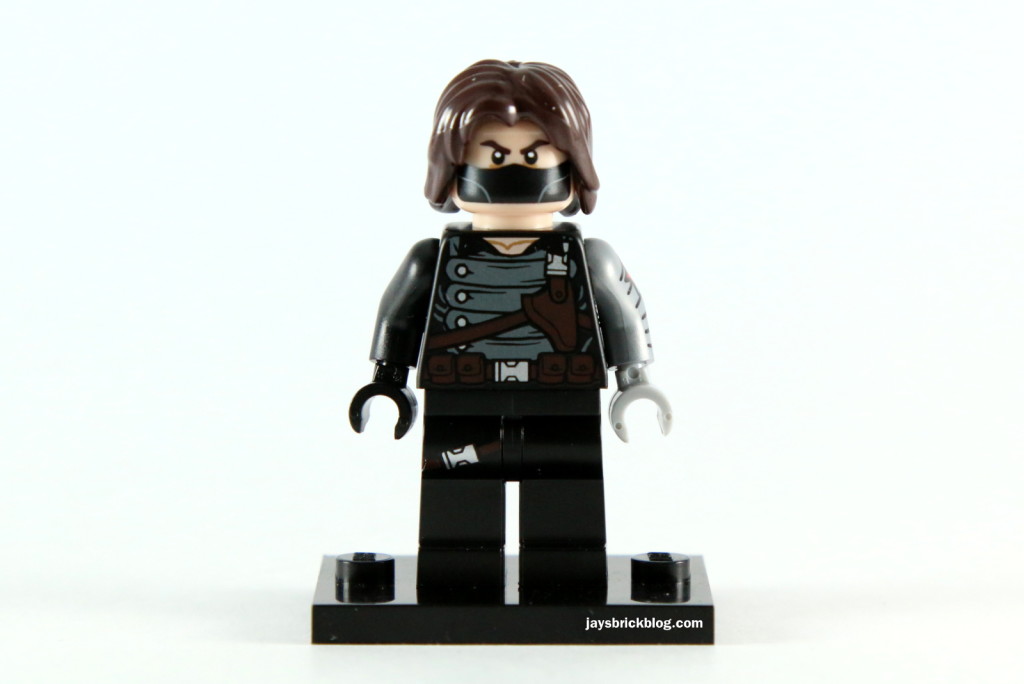 The Winter Soldier in the movie, also known as Bucky Barnes who was Captain America’s best friend is played by Sebastian Stan and should play a bigger role in the upcoming Civil War movie. I fully expect Marvel to kill off Captain America, and have Bucky take over his mantel.

The minifigure is phenomenal and ticks all the right boxes for me. The printing on his torso is vivid and all the colours are well represented. I also like the small little bit of printing on his right leg, which bears a small leather strap.

The Winter Soldier has an dual sided printing, the main one being the masked version which you will remember from the second Captain America movie. Bit of trivia: Winter Soldier happens to be in my top 3 Marvel movies of all time! 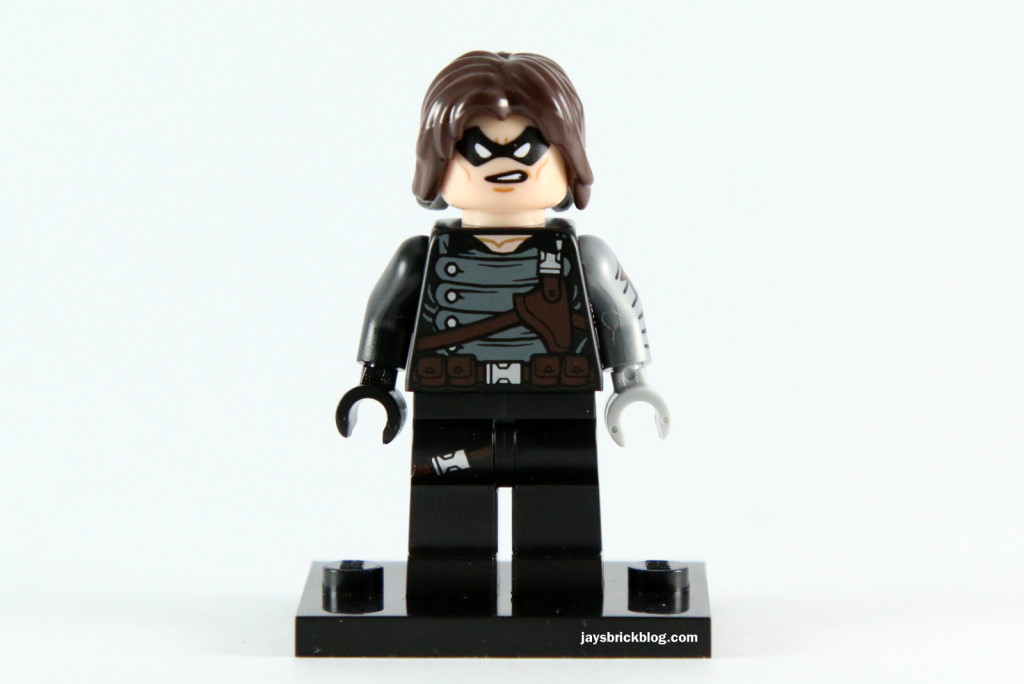 Here’s a look at his alternate face, where Bucky sports an eye mask that’s very Robin-esque. I don’t recall him sporting this look in the movie, but I’m familiar with his comic book look. Loved this gesture from LEGO, as we effectively have both a ‘bad’ and good look. 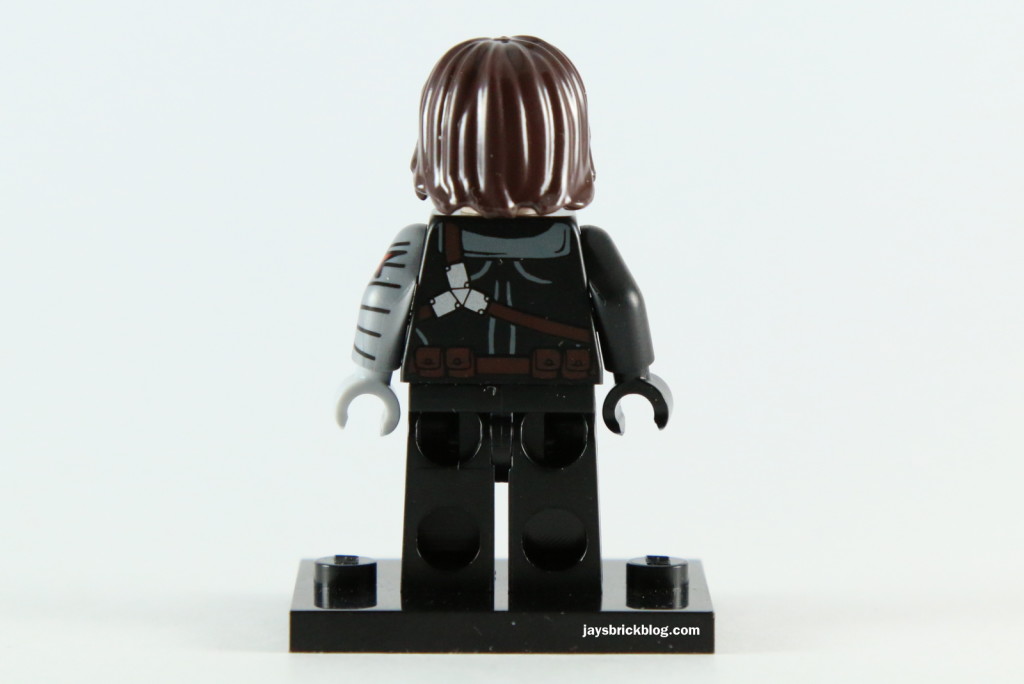 Back printing is present and accounted for and is a nice continuation of his torso design elements such as his leather holster and belt as well as some back muscle definition. 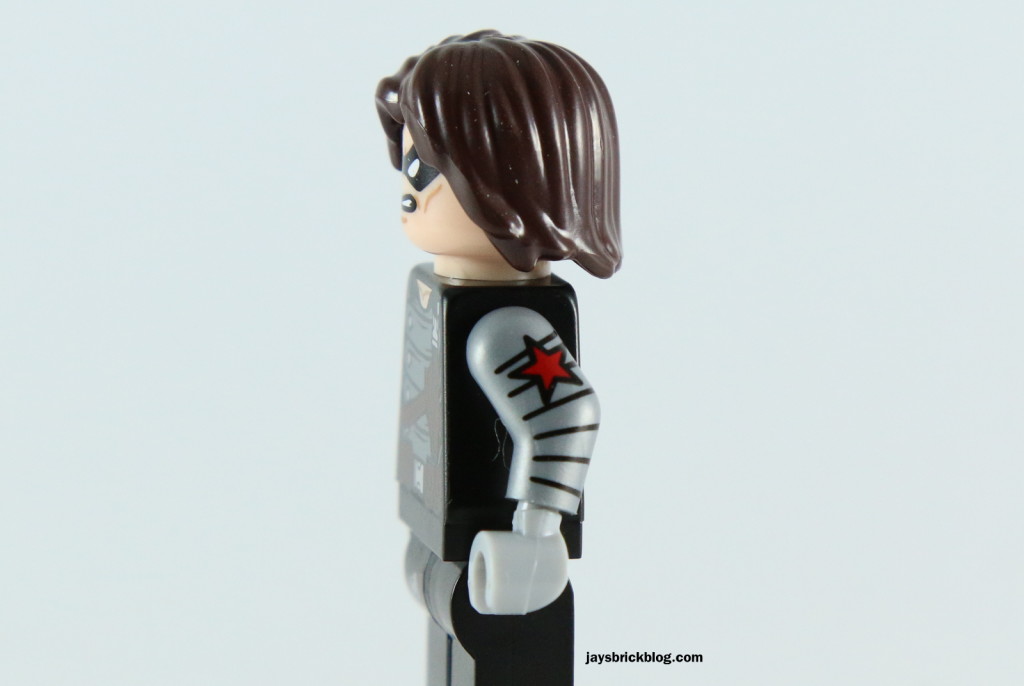 My favourite feature hands down is The Winter Soldier’s metallic ‘bionic arm’ which has the Red Star on it. It looks great and it gives the minifigure a very distinct and unique look that respects the source material incredibly well.

Personally, I’m glad to add him to my roster of minifigures and that Captain America finally has his BFF in minifigure form.

I did shell out $500 for him (and got a Helicarrier as a bonus) but with the American availability soon to increase supply in the market, he shouldn’t command such a ridiculous price for much longer.

That’s probably a great thing for LEGO Marvel Super Heroes fans, but I can’t help but feel like I’m no longer part of the exclusive Winter Soldier and Helicarrier Owners club. I do wish that LEGO kept him bundled together with the Helicarrier to make me feel special, but that’s just the selfish part of me speaking. 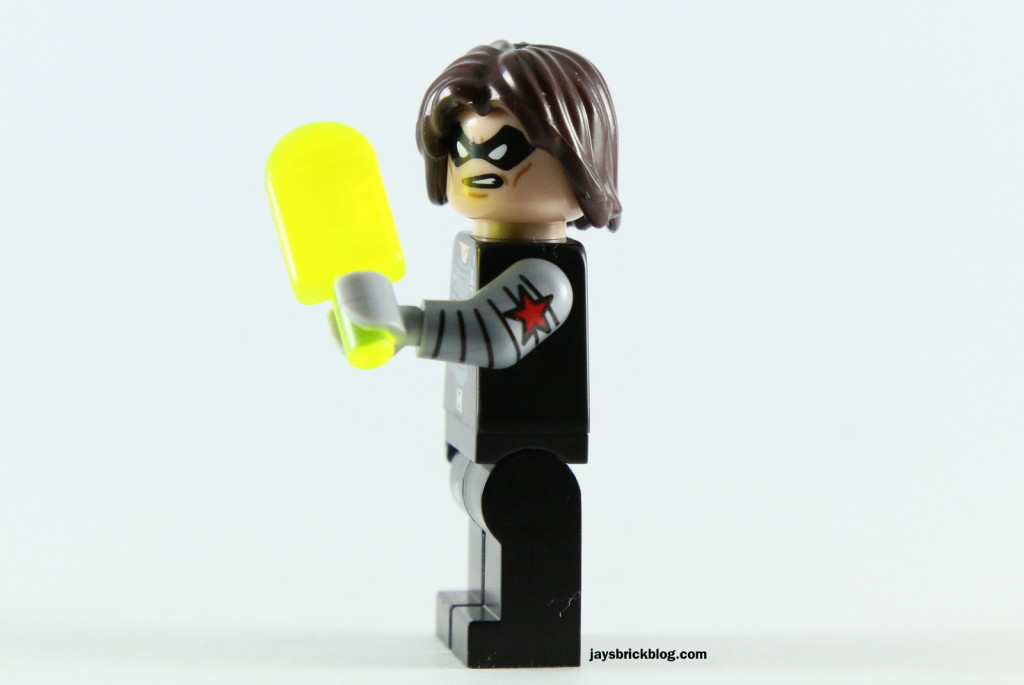 Thanks for reading my review! I’ll end off with The Winter Soldier enjoying a frosty treat!