The new 2015 LEGO City sets started showing up in Australian toy stores earlier this month. I took advantage of a Myer Buy 2 Get 1 Free sale to pick up some of the new vehicles at great prices, paying $20 each, which I think is the ideal price for these small vehicle sets. They’re great impulse-buys and while I’m not a huge fan of the LEGO City theme, I do indulge every now and again if the vehicles or sets catch my eye.

Today, we’re going to have a look at one of the most comical LEGO City sets I’ve ever owned, 60073 Service Truck aka the Portaloo Set! 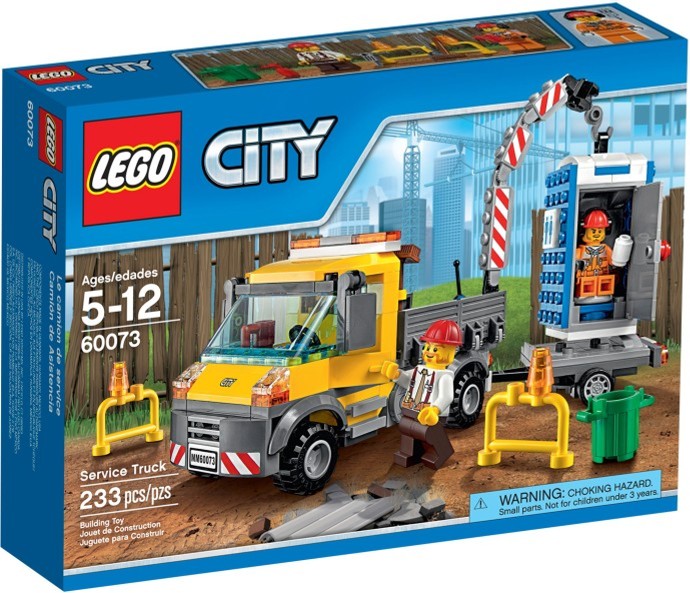 What happens when your construction site’s portable toilet (or portaloo as they’re called here in Australia) breaks down? You call in a Service Truck to take it away for repairs! The Service Truck was a great mid-week build – it’s small so it didn’t take too much of my time and the build was varied enough (for me) that I didn’t get bored as well. 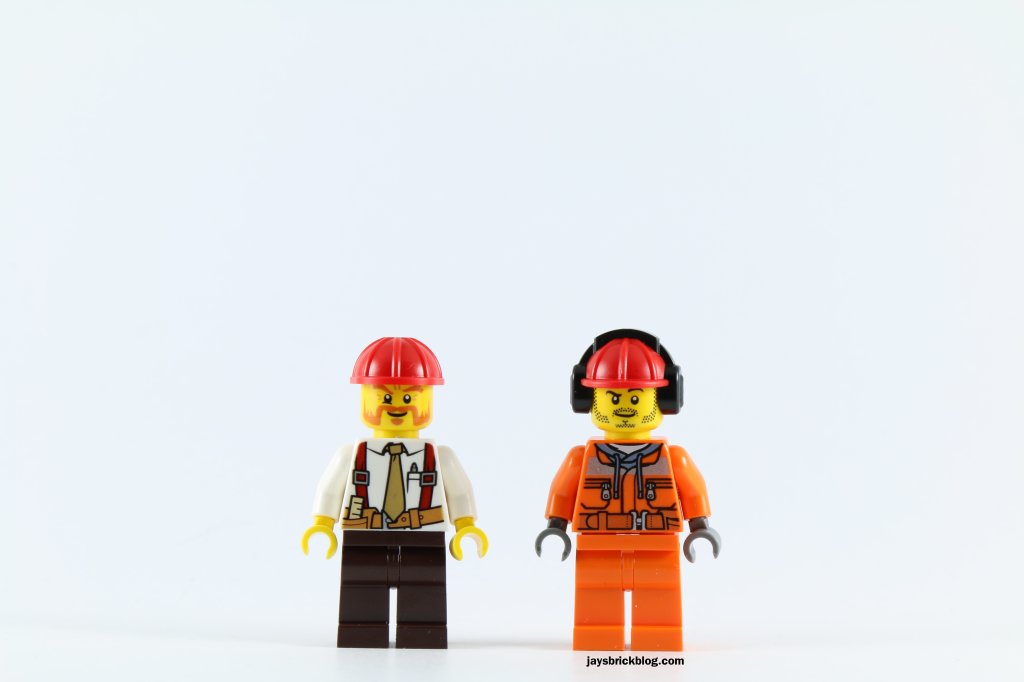 There are two minifigures included in this set, a driver who could also be a site supervisor and a regular construction worker.

The driver looks pretty important with his tie and suspenders. He has a pretty manly ginger handlebar moustache and a thick leather belt which holds his tools such as a ruler. The driver’s torso printing is really crisp and I was quite impressed with how sharp the lines and colours are.

The construction worker comes in a standard issue orange fluorescent uniform which has a faded reflective strip on the front, as well as some minor details like zipper pockets and a belt. Being a manly construction worker also means having a 5 o’clock shadow as facial hair, and he comes with a new hard hat variant which has black earmuffs fused to it. 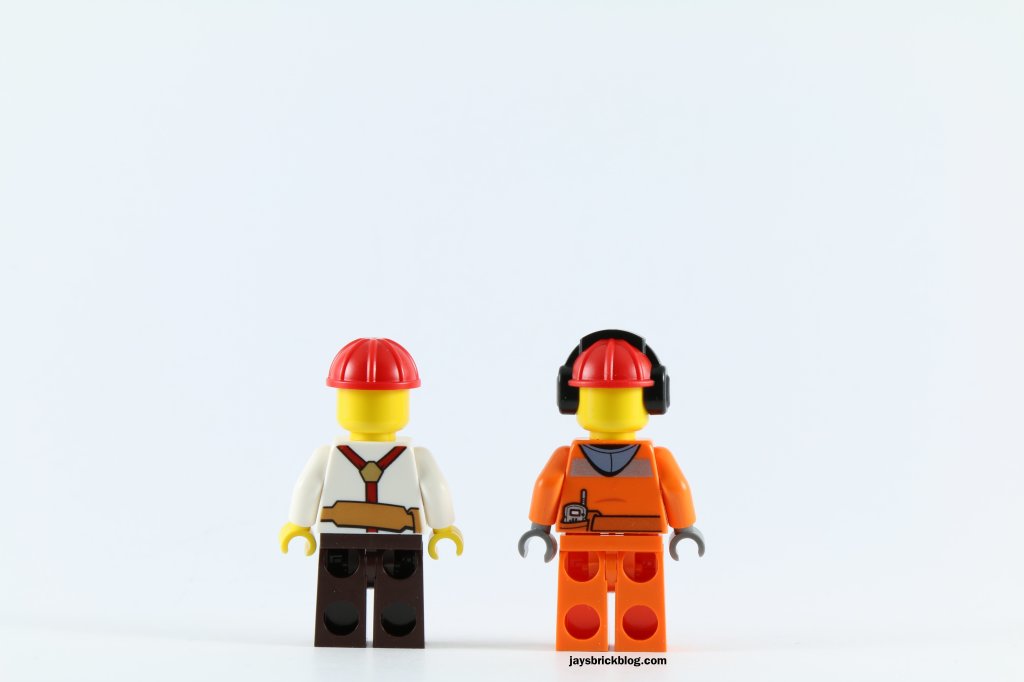 They both have back printing, which is always a nice thing. I particularly like the details on the construction worker’s back like the hoodie and walkie talkie in his belt holster. 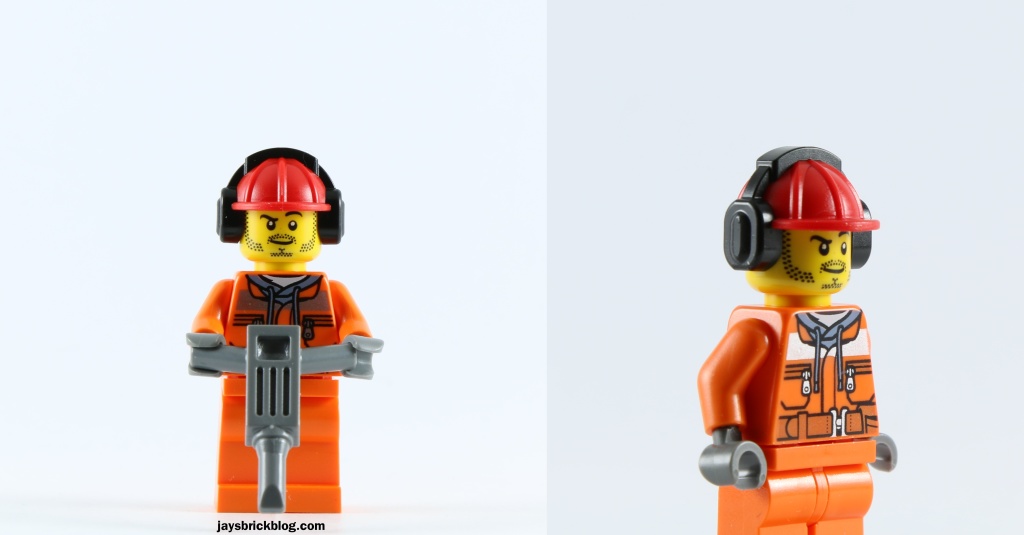 The construction worker comes with a jackhammer and the photo above also shows off the new hard hat-earmuff combo in better detail. I found it quite interesting as the last I came across these earmuffs in City sets, they were detachable. I much prefer this version instead – it’s probably great for kids as well, as I can imagine detachable earmuffs getting lost quite often! 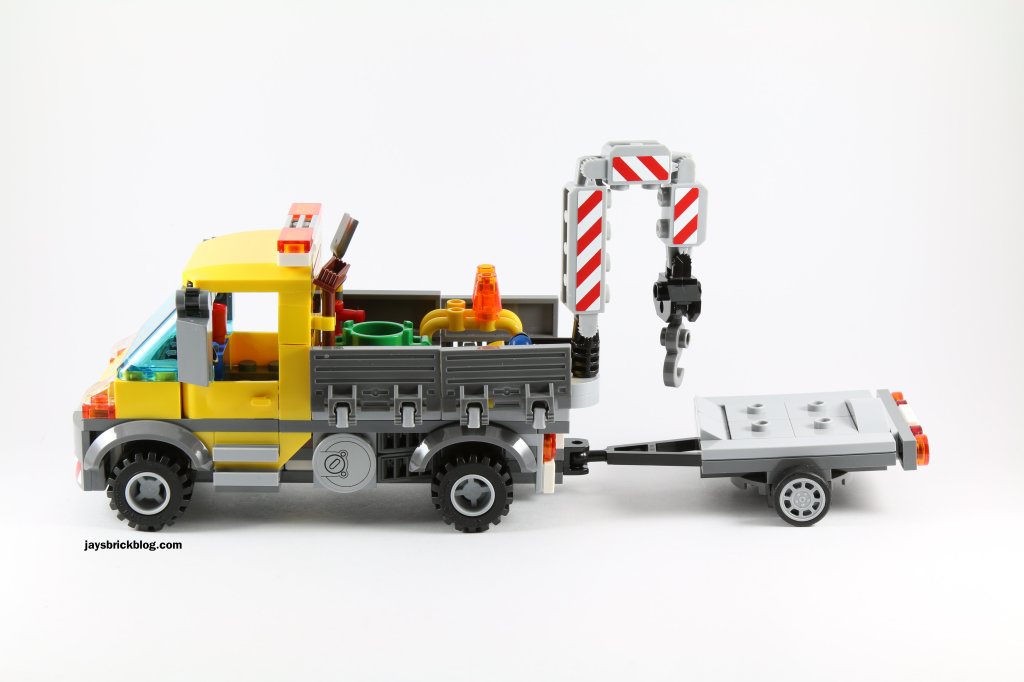 I think the yellow and grey colour scheme go really well together – it’s a double achievement being bright enough for children to be attracted to it, while ensuring that it looks realistic with all the grey and dark grey elements on the back. 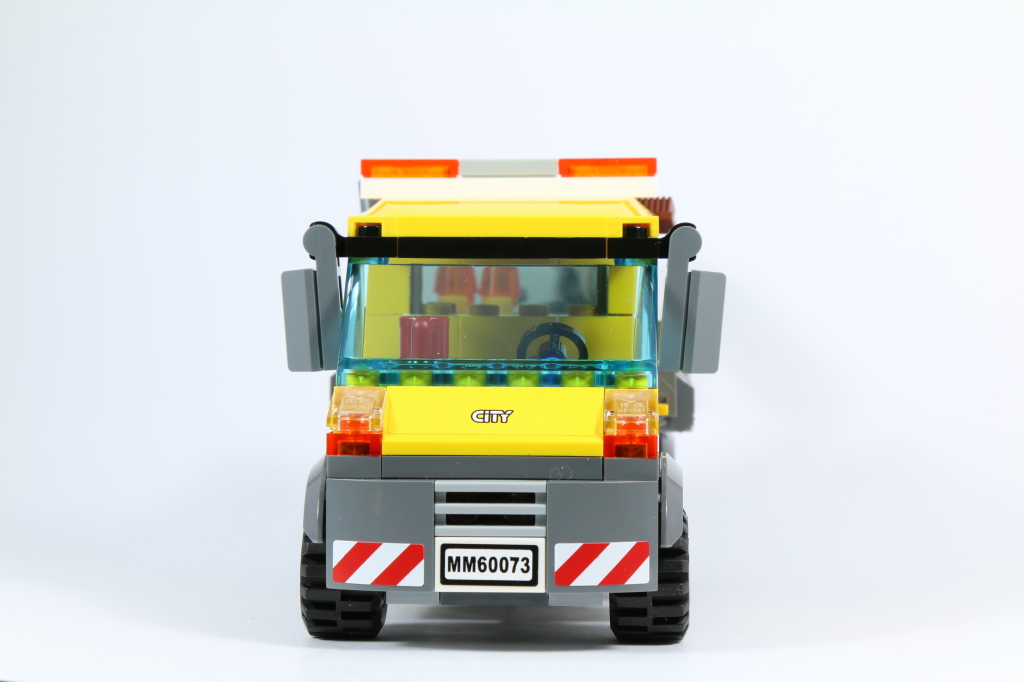 Here’s the front of the truck. Like most standard City vehicle, it’s width is 6 studs long to comply with LEGO City road laws. From the front, it doesn’t look very impressive – but I guess there’s not a lot that you can do with LEGO trucks. I do dislike the blue windscreen – I think it doesn’t blend with the yellow very well and would’ve preferred a regular clear glass instead. 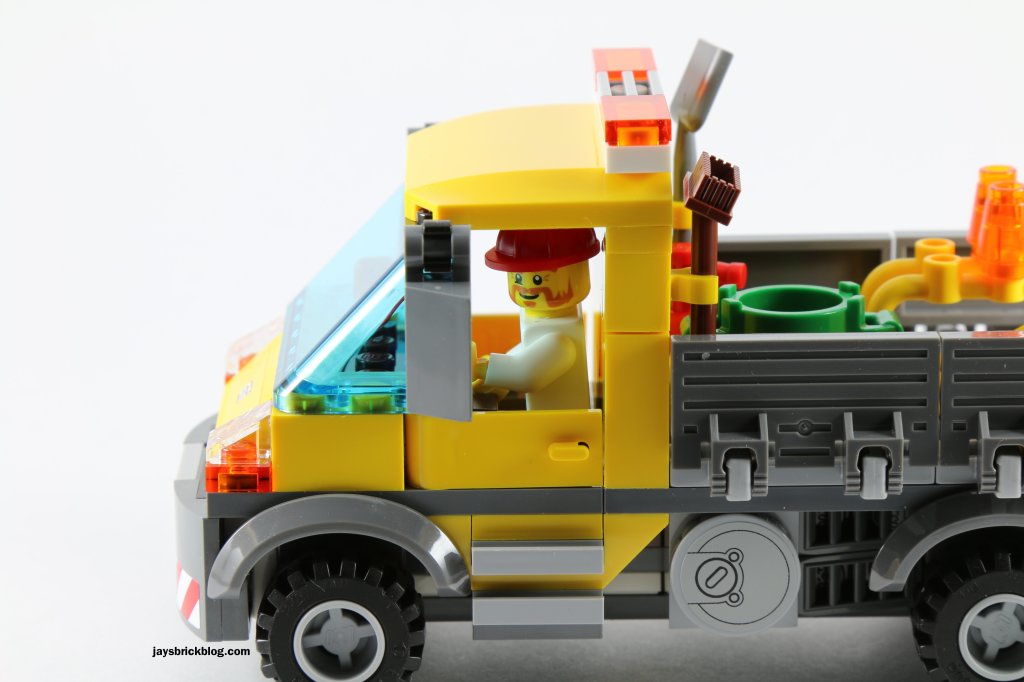 The Service Truck really shines from the side. I really enjoyed the steps below the door as it just looks like something a real truck would have. There is also a stickered round piece which is meant to be the truck’s fuel tank (I think) which is subtle but adds a nice amount of detail to the side. 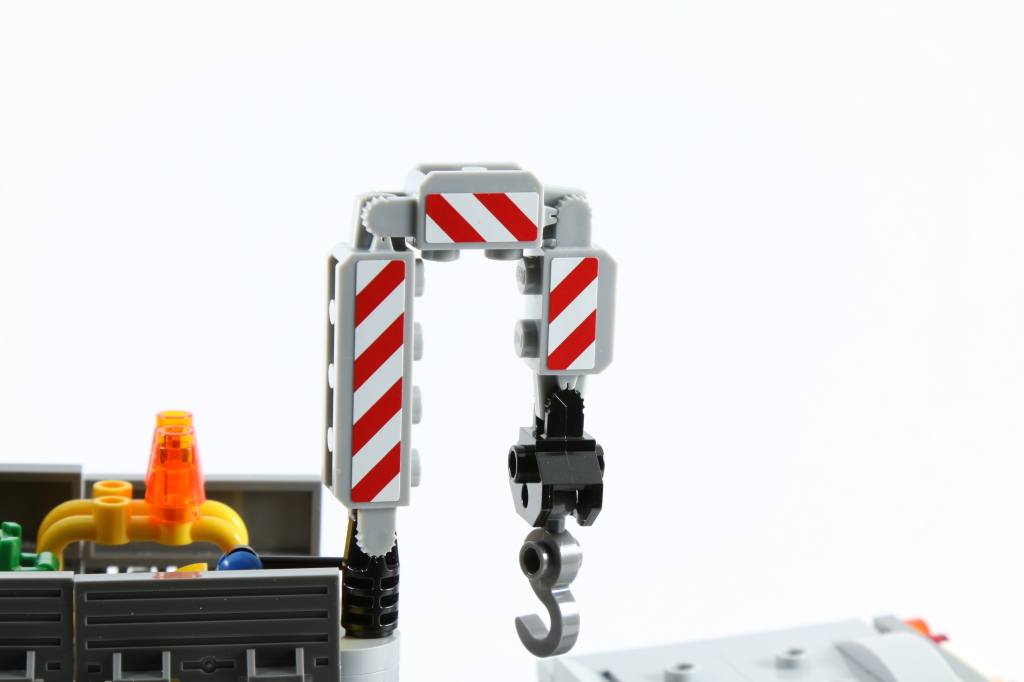 Here’s the crane. If it’s one thing I really hated about this set, it was the painful number of stickers I had to apply. You would think having years of sticker-application experience would count for something, but it never gets easier. This set has a whopping NINETEEN stickers to apply, 6 of which are on the crane alone. I don’t have a kid of my own, but I would love to know what young children think of the silly amount of stickers they need to affixto their LEGO sets. 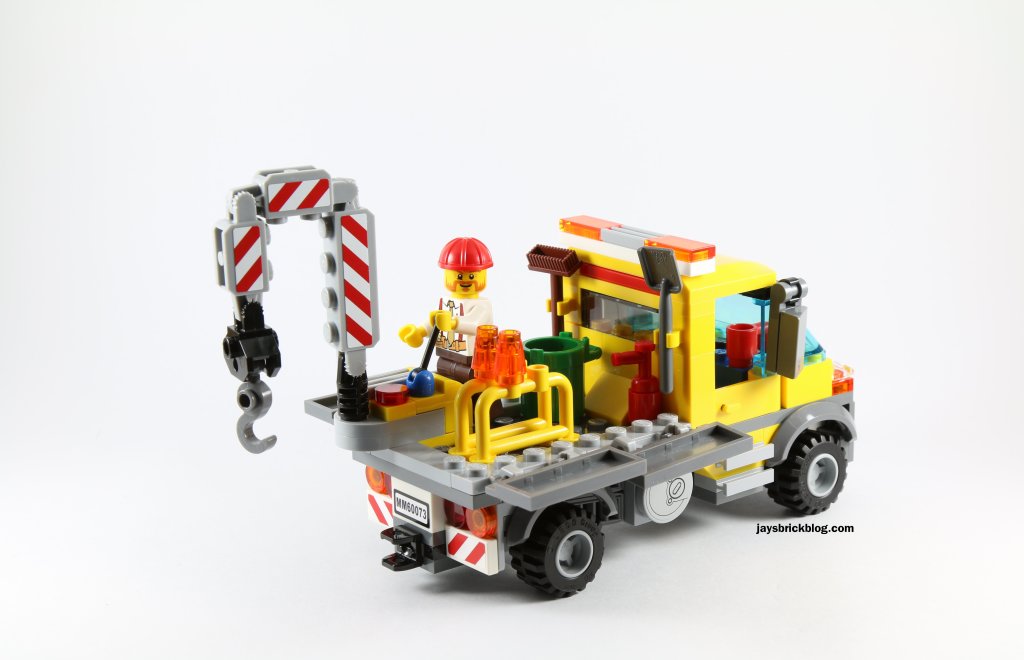 Here’s a better look at the back. There’s plenty of stuff going on the back such as a control lever for the crane, a couple of barriers, a beautiful green bin, a fire extinguisher as well as a shovel and broom. The truck’s walls can be folded which gives the set a bit of functionality that’s nice to have.

The trailer is a pretty simple but effective build. It has four studs which the portable toilet easily fastens to. 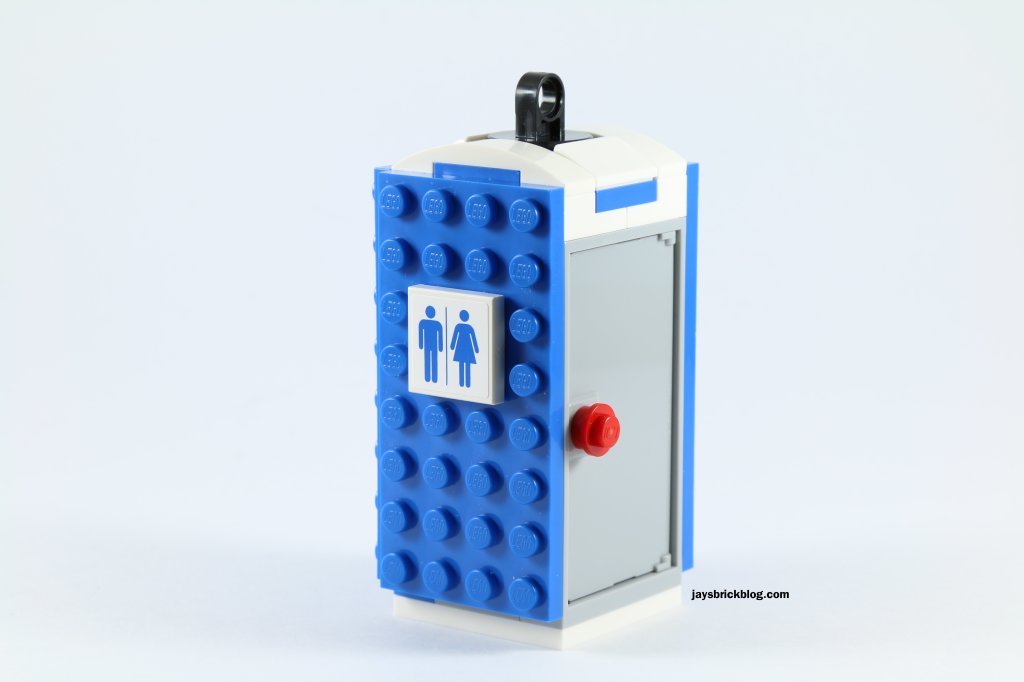 And here’s the star of the set – the portable toilet in all its glory. Honestly, it’s a really basic build but it’s such a regular sight at festivals and construction sites that it does the job perfectly. 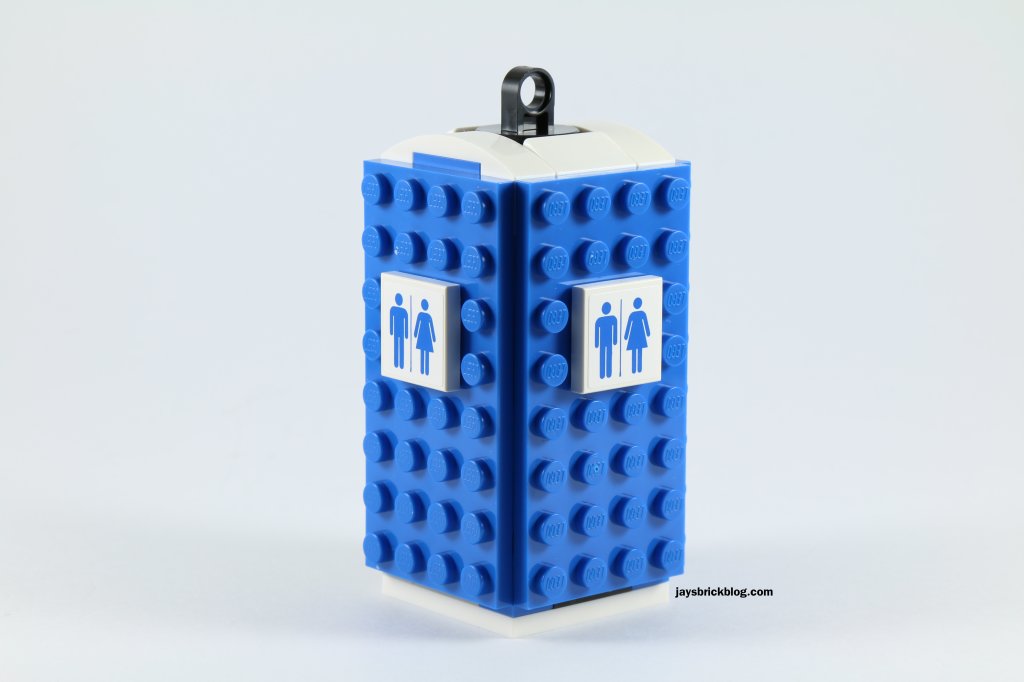 Perhaps the best part of the toilet is the 3 stickered tiles that have the male and female toilet symbols – this is going to be so useful for any restaurant or cafe MOCs that it’s great for LEGO to give us 3 of them. While it would’ve been great if these were printed tiles, I’ll take the fact that we get 3 stickers as a minor win. 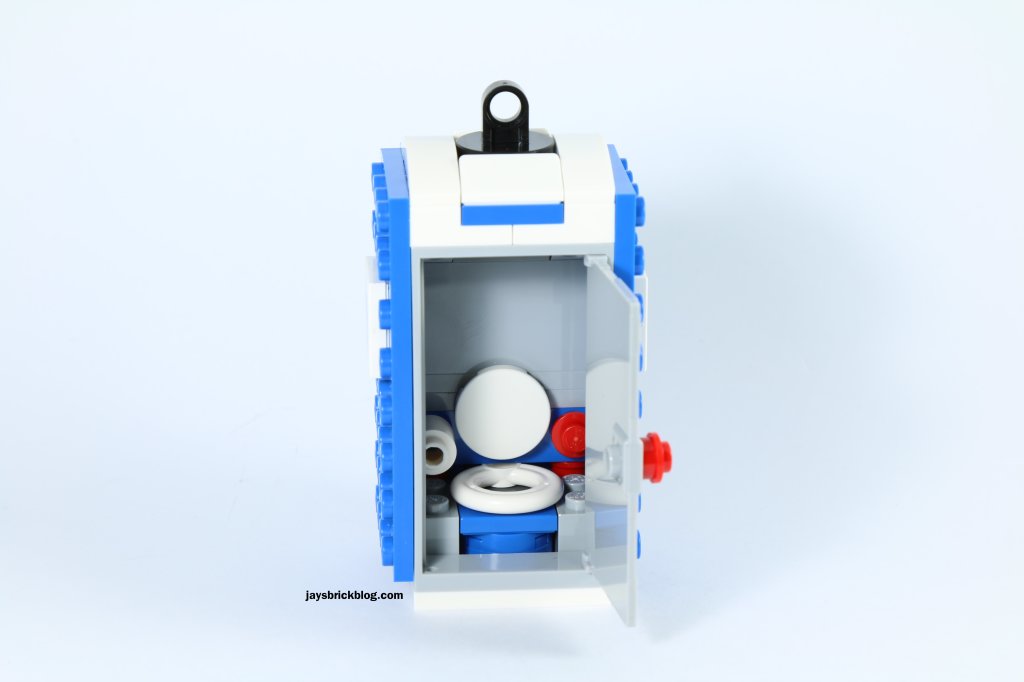 Wonder what’s inside the portable toilet? A toilet bowl complete with a toilet paper roll at the side! I’ll be honest, I bought this set purely for this toilet. The truck is just a bonus extra. 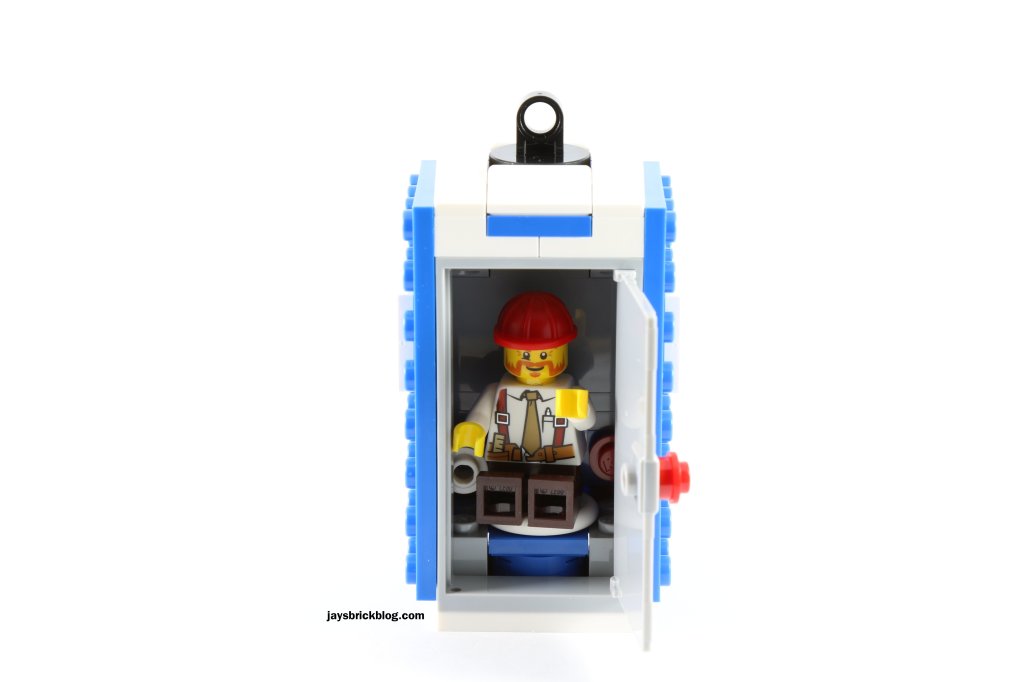 Be sure to knock before opening the door! 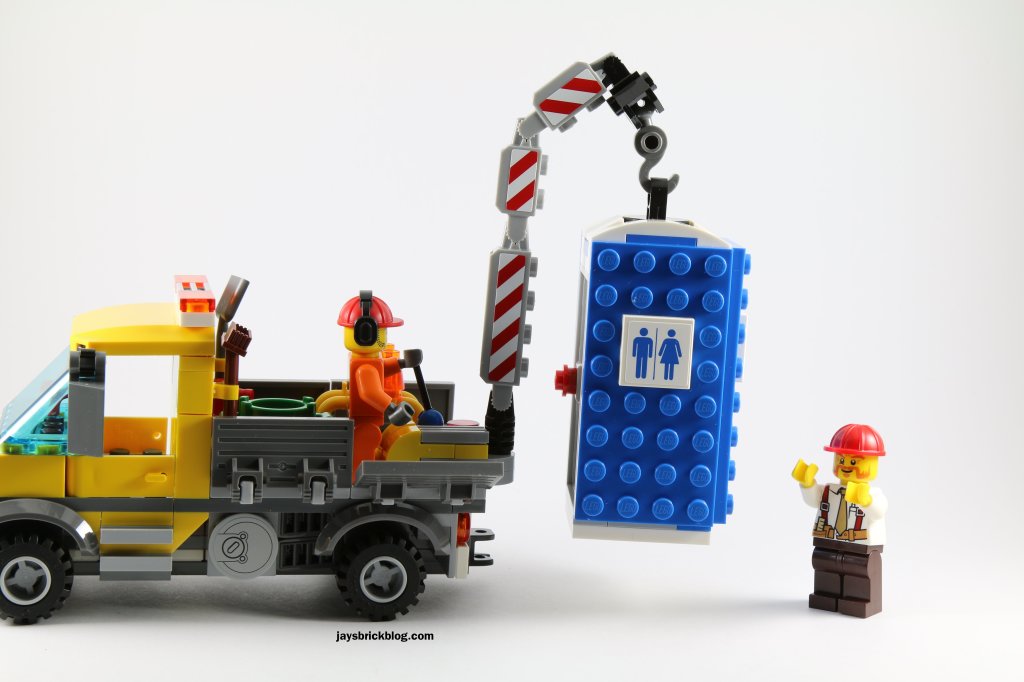 Kids should have a lot of fun playing with this set and using the crane to load the portaloo onto the trailer. I do wish that the crane was longer, as its articulation feels quite restricted, but this is a pretty minor grievance. 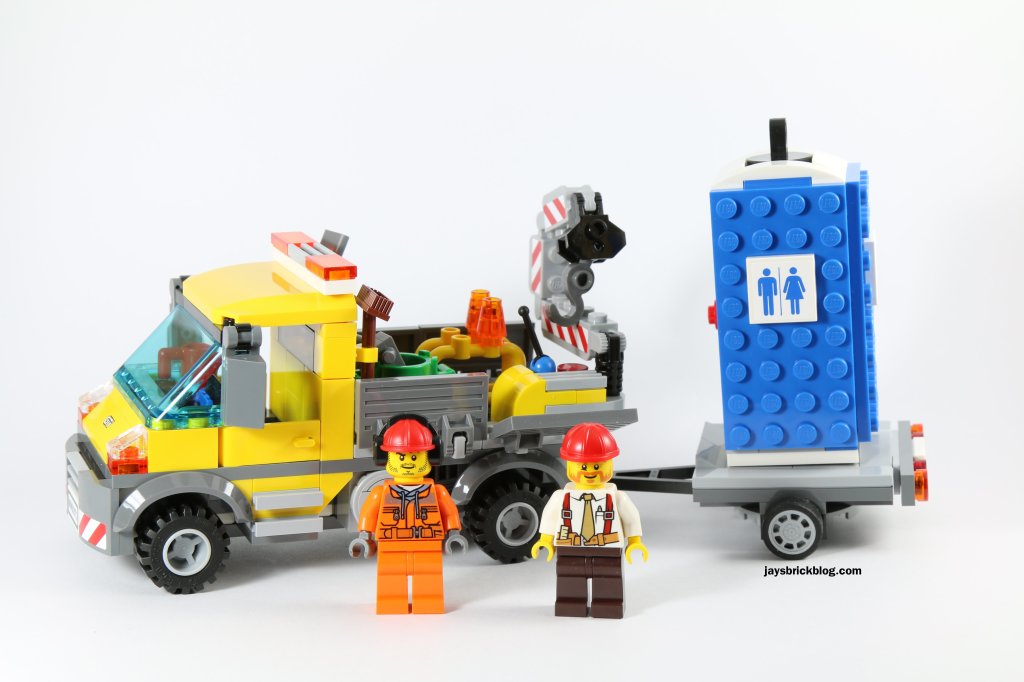 Final thoughts: The Service Truck is a pleasant and quick build that checks all the boxes when it comes to what I look for in a City set. The truck has a decent enough design and plenty of accessories in the back that greatly improves the set’s playability and displayability. The Service Truck really is a means to the portable toilet which is the standout feature of the set.

If you’re a City fan, I feel the Service Truck will be an excellent addition to your sprawling LEGO metropolis. The truck is quite versatile, you can use it for a myriad of purposes beyond just picking up faulty portaloos and the portable toilet is jut hilarious. Toilet humour aside, this is a set that both adults and younger kids can easily get into.

The only thing I really hated about this was is the stupid amount of stickers that I had to apply. 19 stickers in a 233 piece set is just plain silly. To put things into perspective, that’s approximately 1 sticker per 12 LEGO pieces.

All in all, if you find that your LEGO City construction site is in dire need of sanitation services, the Service Truck will deliver in spades. Do try and wait for retailers to discount this set – the best possible price you could get for it is $20. These sets go on sale pretty frequently, so there’s no harm in waiting to pick one up unless your LEGO City inhabitants really, really, really need to go.