The 2017 German Toy Fair (Spielwarenmesse) was held in Nuremberg earlier this week, and as is customary, it gives LEGO fans a first look at a selection of new sets and themes from the second half (2HY) of 2017. 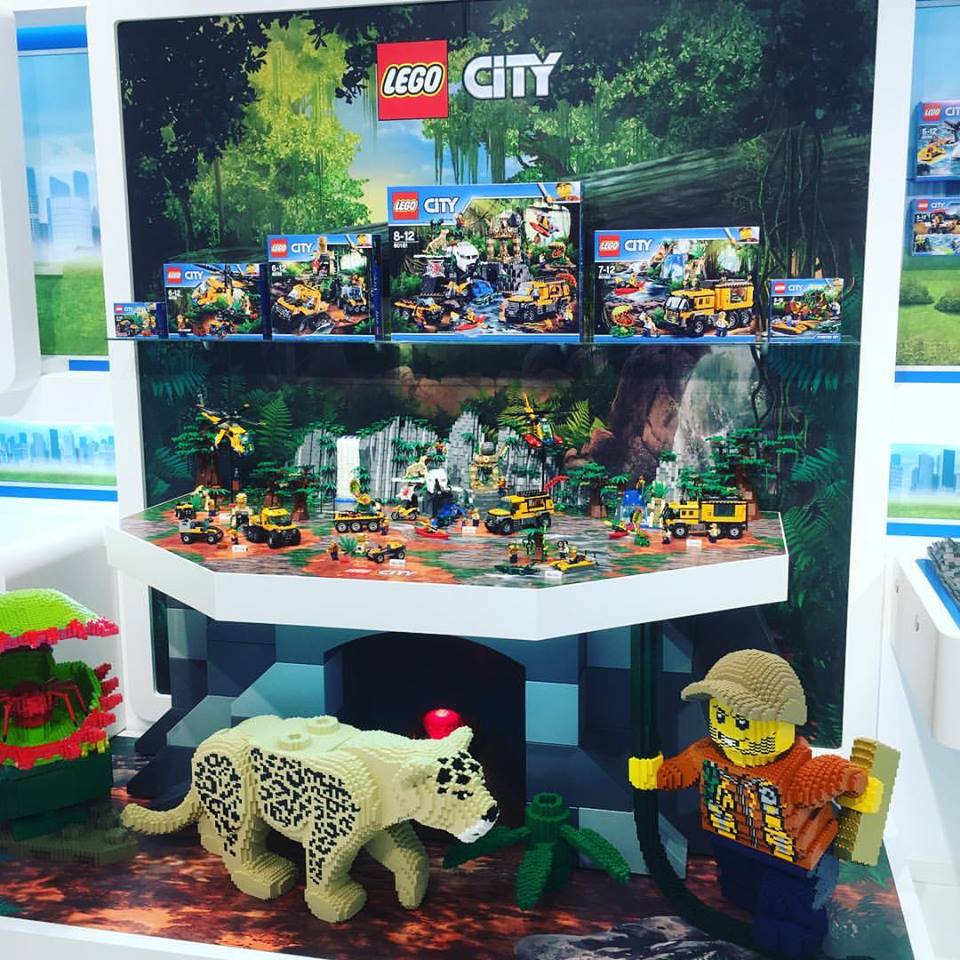 The most exciting thing out of Germany is a look at the new LEGO City Jungle subtheme that is set to debut in the second of the year. I’ve fast become a fan of the second half LEGO City subthemes, which have placed an emphasis on science and exploration, tackling cool settings such as the Arctic, Deep Sea Exploration and last year’s Volcano sets.

The Jungle Sets look like a lot of fun and I especially love the new animal moulds – it’s a little small, but we can make out a black Panther and a Jaguar, which is also represented as a super-sized brickbuilt sculpture below the display. 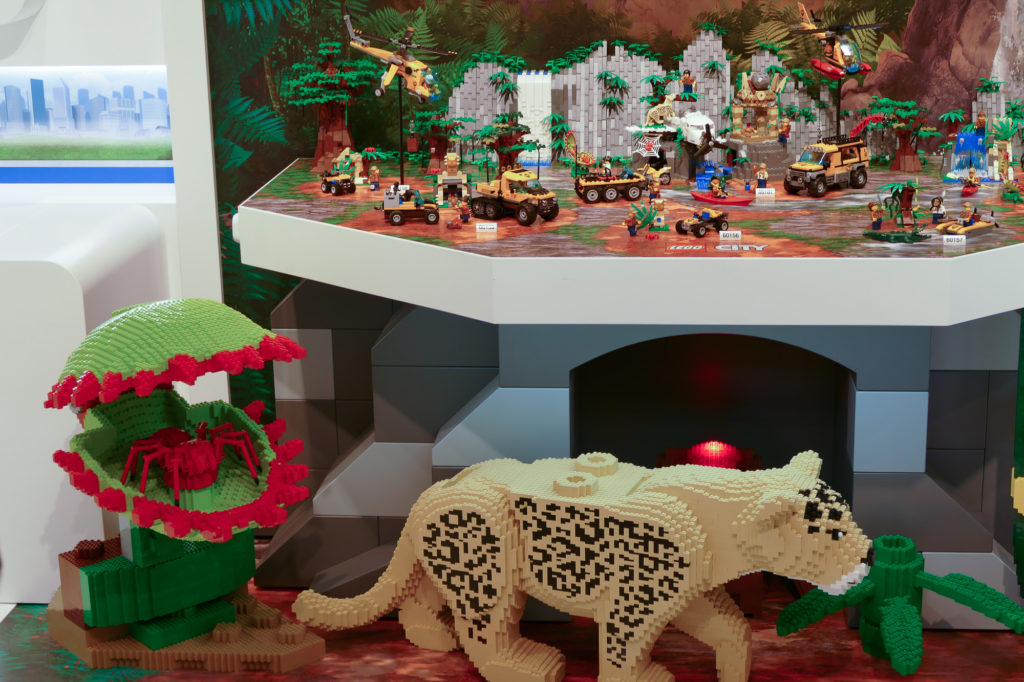 There’s also a new Venus Flytrap/Carnivorous Plant piece which also looks quite cool. The yellow vehicles also look pretty neat. I’m generally a big fan of wildlife-themed LEGO sets and LEGO animals, so I expect to buy most, if not all of these sets when they’re released sometime in June 2017. 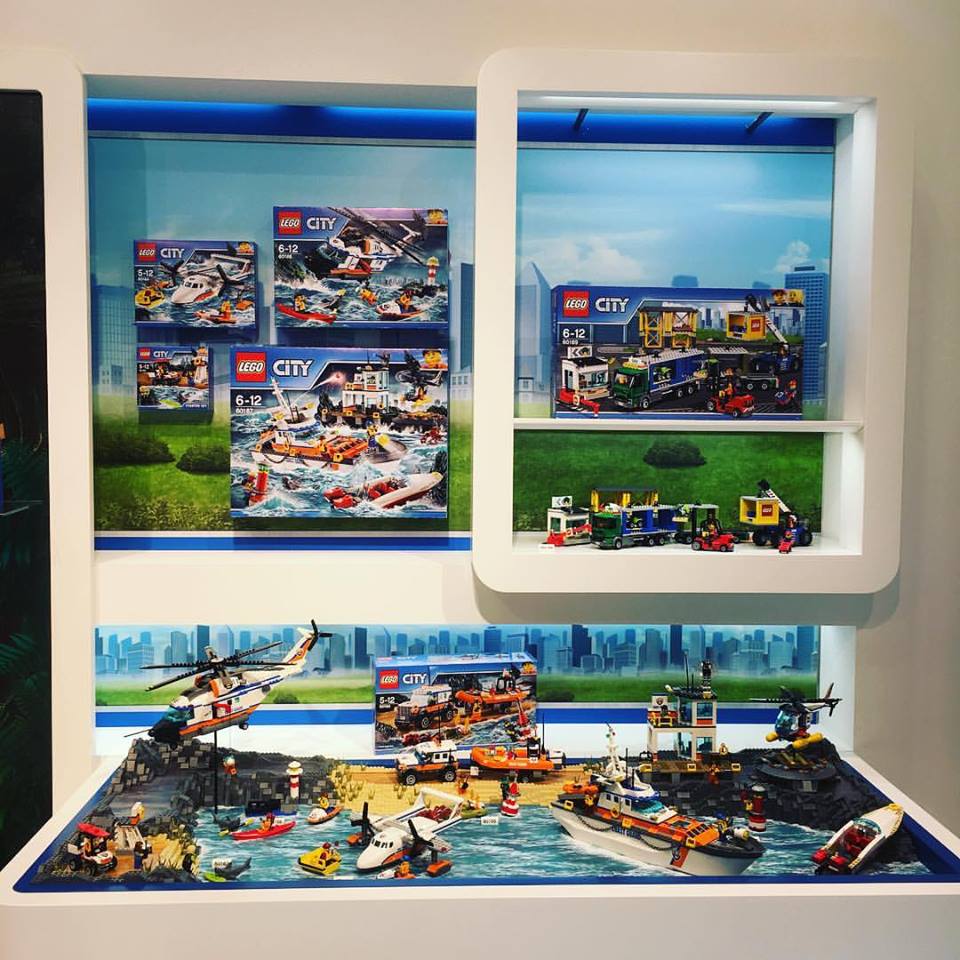 We’re also getting more Coast Guard sets which have been done before, and doesn’t really strike my fancy. 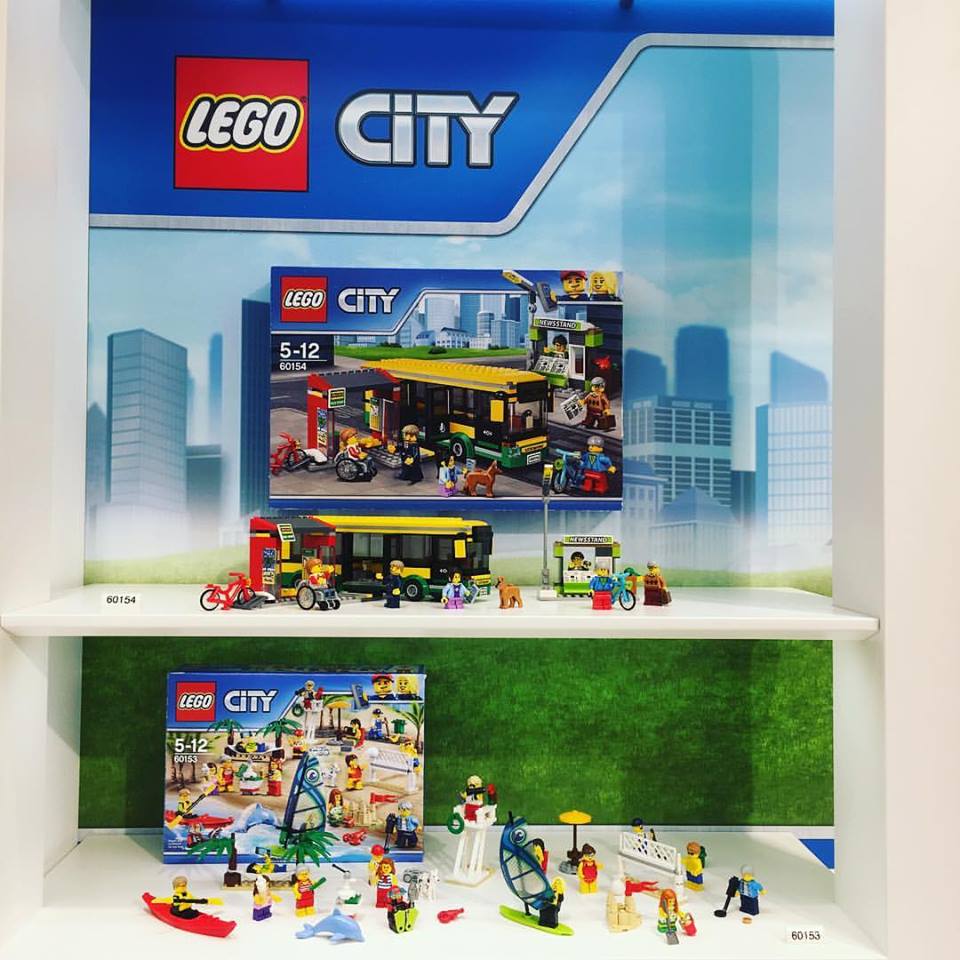 Following on the success of last year’s Fun in the Park set, LEGO are giving us another beach-themed version, aptly called 60153 Fun at the Beach which features plenty of beachside fun. This looks like it will be yet another hit (as all Minifigure-themed sets are), and I especially like the hammock piece!

Above it we also get another minifigure-themed City set, 60154 Bus Station which has a really nice-looking Bus, Bus Stop and a Newsstand! I love public transport sets, so I expect these two sets to do very well!

No Star Wars sets were allowed to be photographed, but we do know that we’ll be getting the following sets:

Star Wars Advent Calendar 2017 – The Force Awakens-themed. Finally! Won’t talk about the contents as I like to be as spoiler-free as possible, but you can check out Promobricks for a brief description of characters.

I’m actually most excited about the Republic Fighter Tank! I’ve been getting into the Clone Wars 3D-animated series on Netflix (which holy shit, is really good!) and have developed a new-found appreciation of the prequel characters, so getting a minifigure version of Aayla Secura is high on my priority list this year. 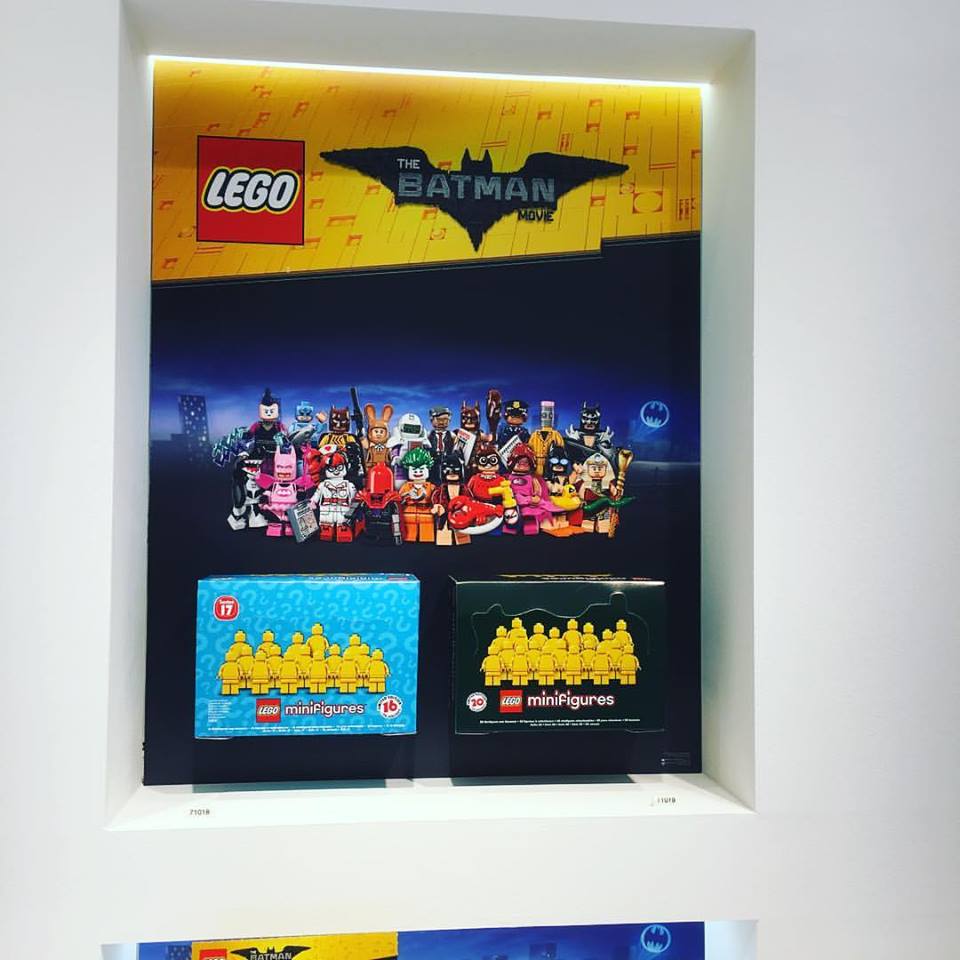 We also get confirmation of LEGO Minifigures Series 17 (which should go on sale on 1 May 2017) AND the Ninjago Movie Series, which ties into the LEGO Ninjago Movie which is set to hit theatres in the US on 22 September 2017.

Aside from the major characters and villains, I am hopeful that LEGO will use the Ninjago Movie Minifigures to load us up with oriental/Japanese-themed characters. 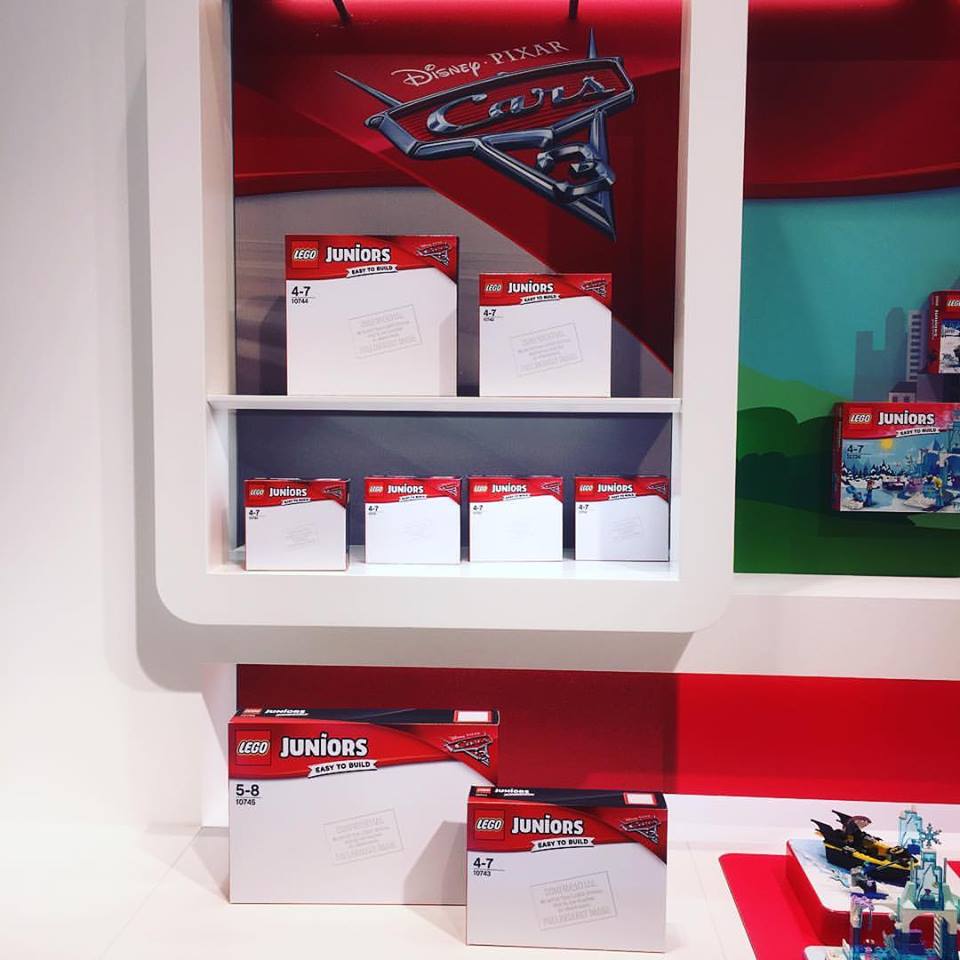 Cars will be making a return to LEGO, this time under the Juniors theme. This will tie in with the Cars 3 Movie which will open in cinemas in mid-June. Cars 3 has a really kick-ass trailer and I didn’t expect to be as excited for it as I currently am! Hopefully the LEGO sets will be great as well. 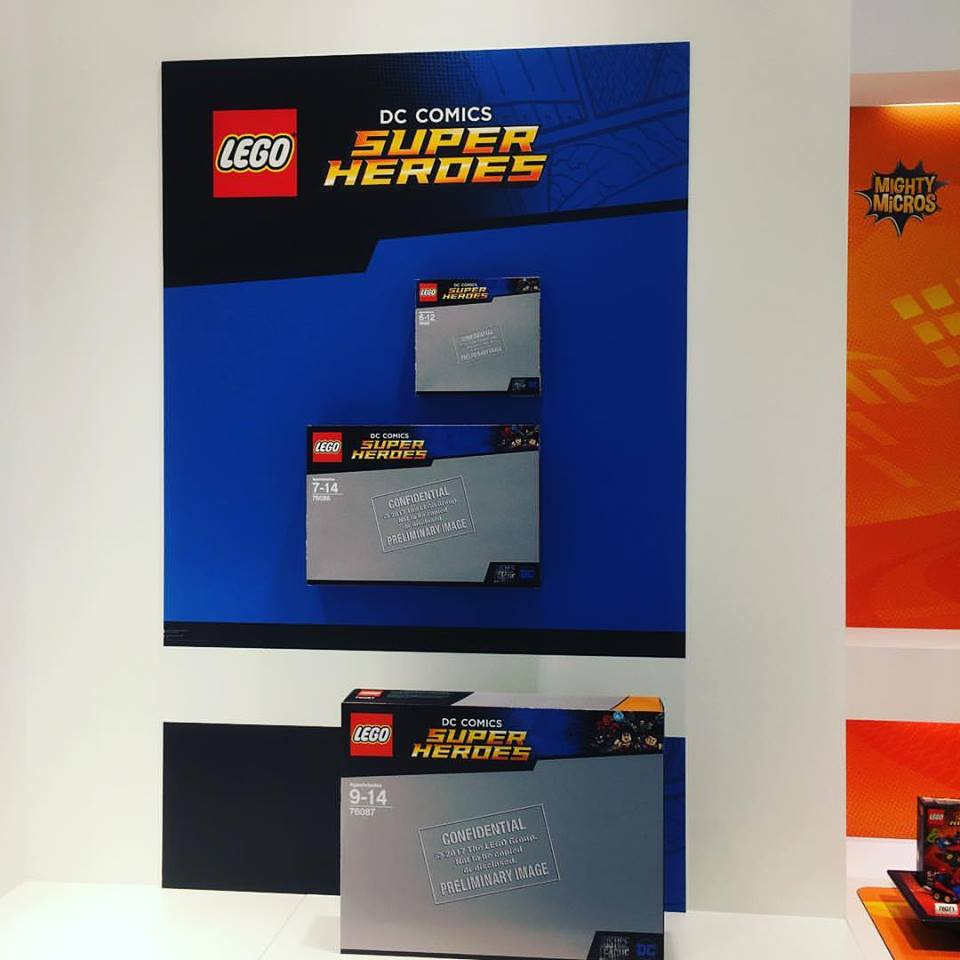 No details here, but there are 3 sets slated for DC’s Justice League movie, which gets released on 16 November 2017. 3 sets is a little on the low side, although it’s on par with the number of Batman v Superman sets.

It being such a huge tentpole release for Warner Bros and DC (and being so close to Christmas!), I’m kinda disappointed that we didn’t get more! 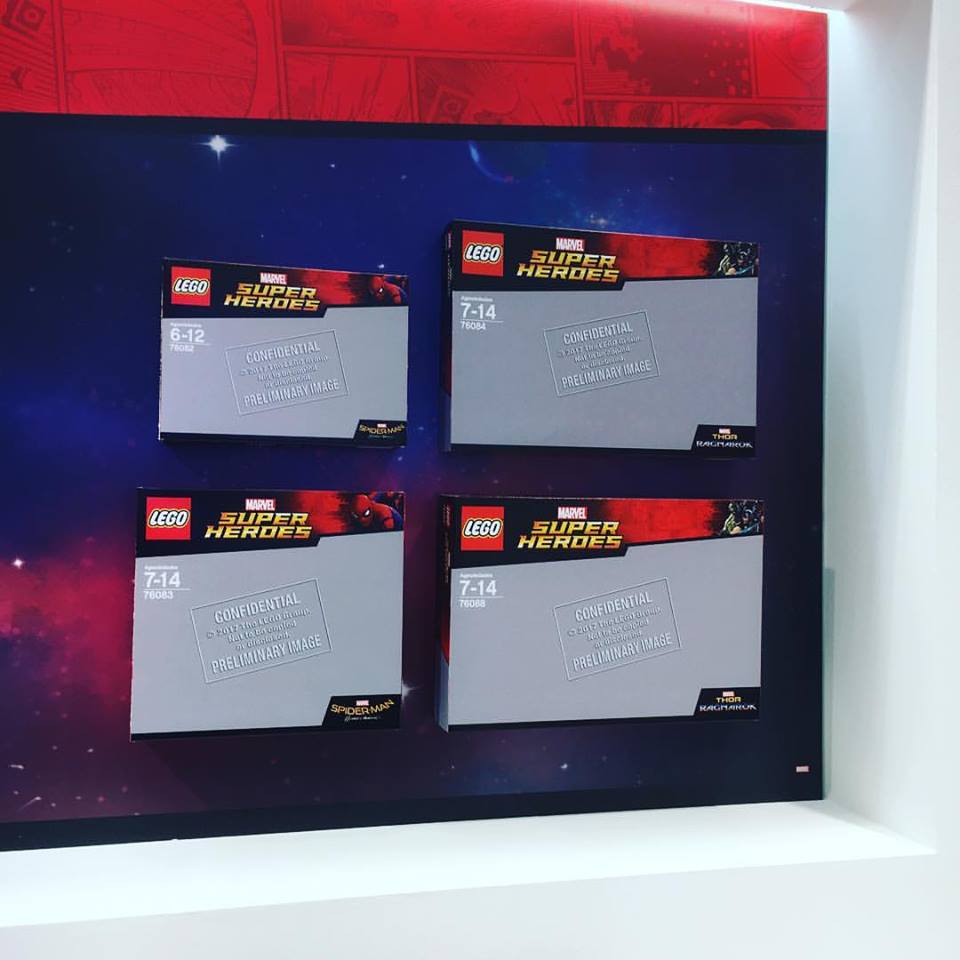 On the Marvel end of town, it’s confirmed that Thor Ragnarok and Spider-Man Homecoming will be receiving two sets apiece! Super excited for these, especially Thor Ragnarok! 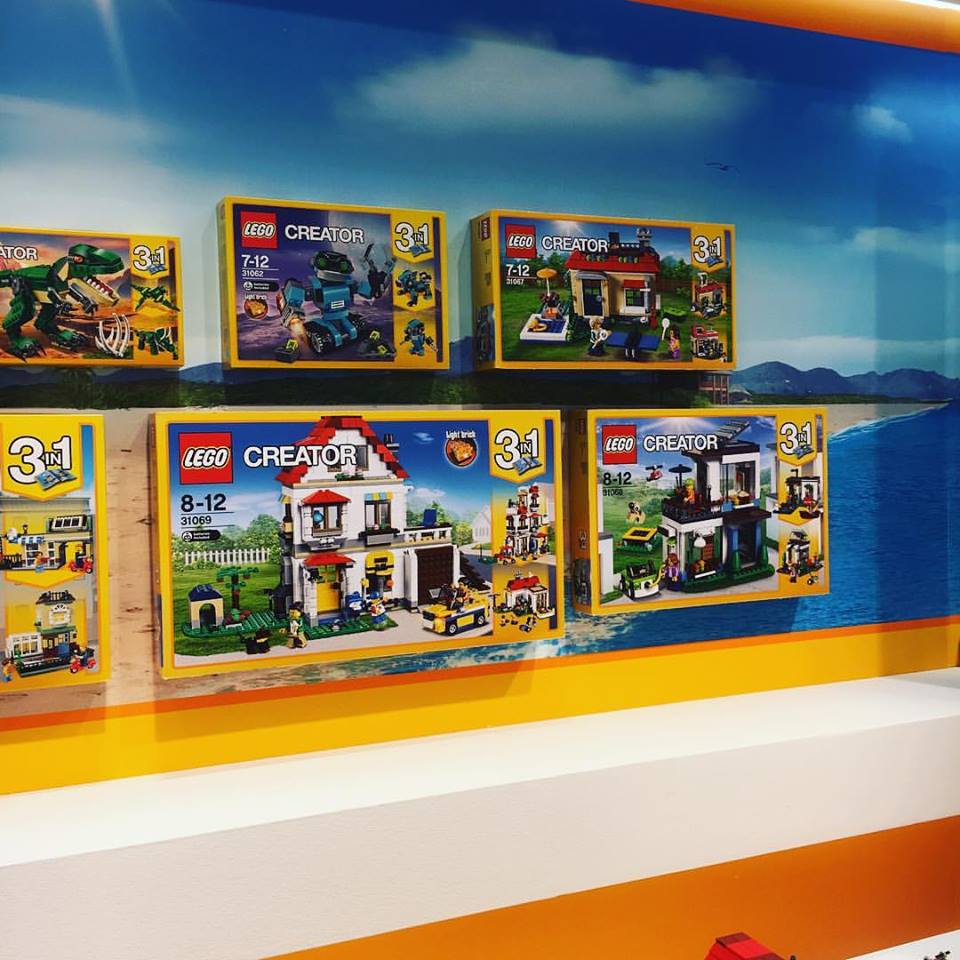 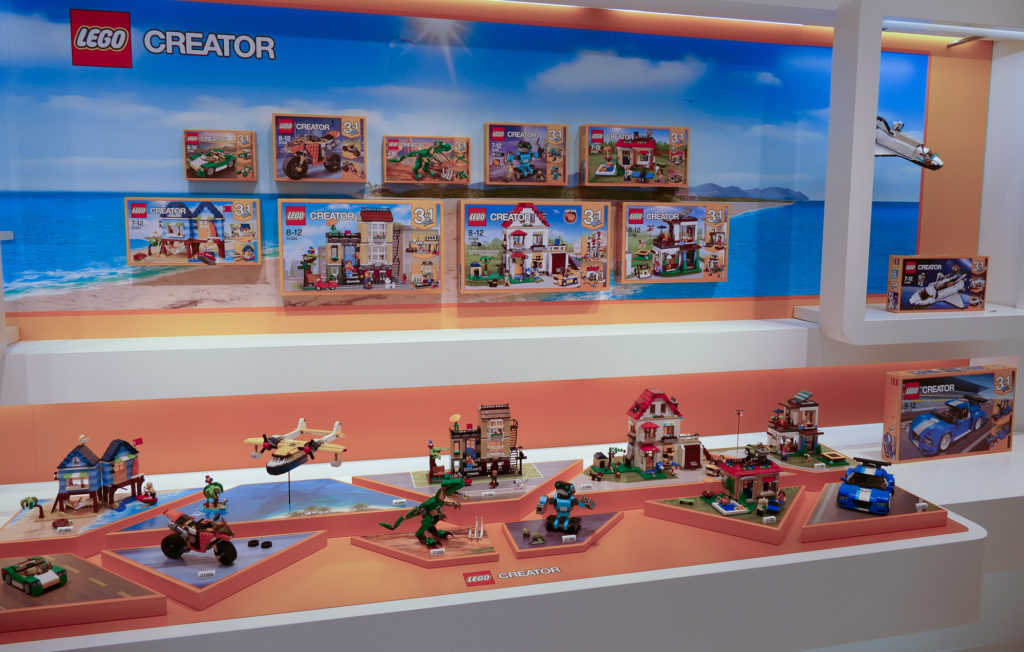 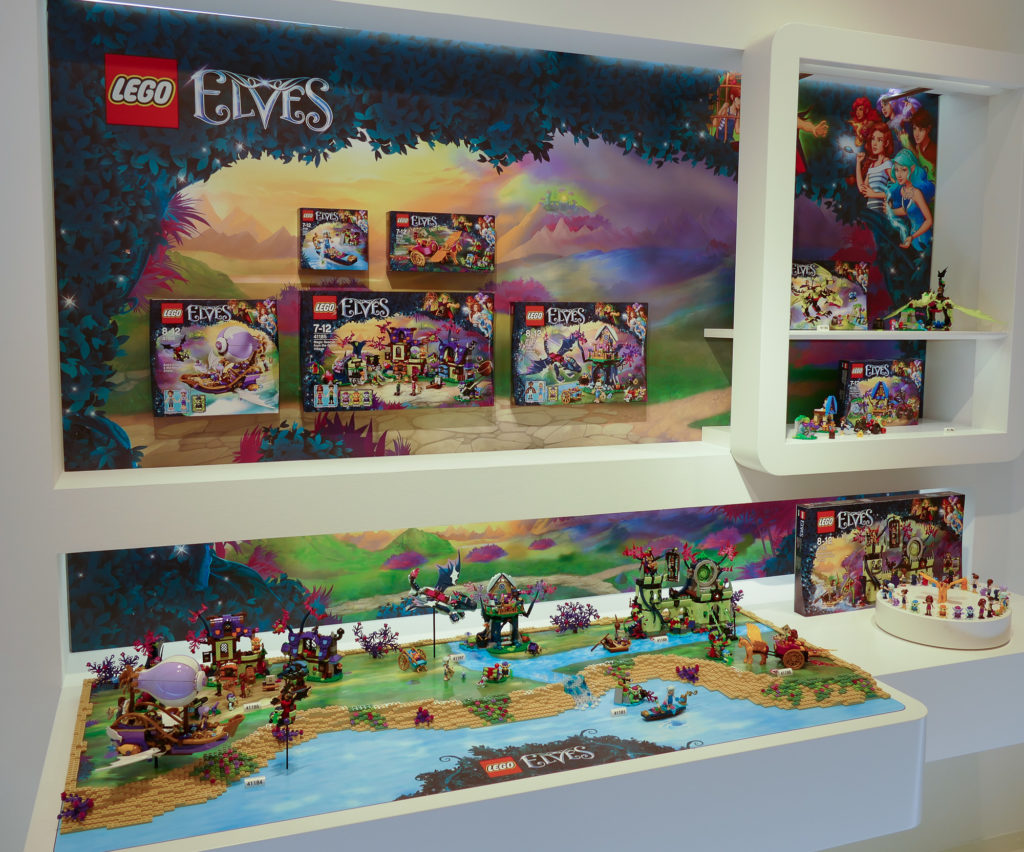 Great to also get a tiny look at the new Elves sets, which revolve around a Goblin King! The Zeppelin Airship set also looks pretty sweet. 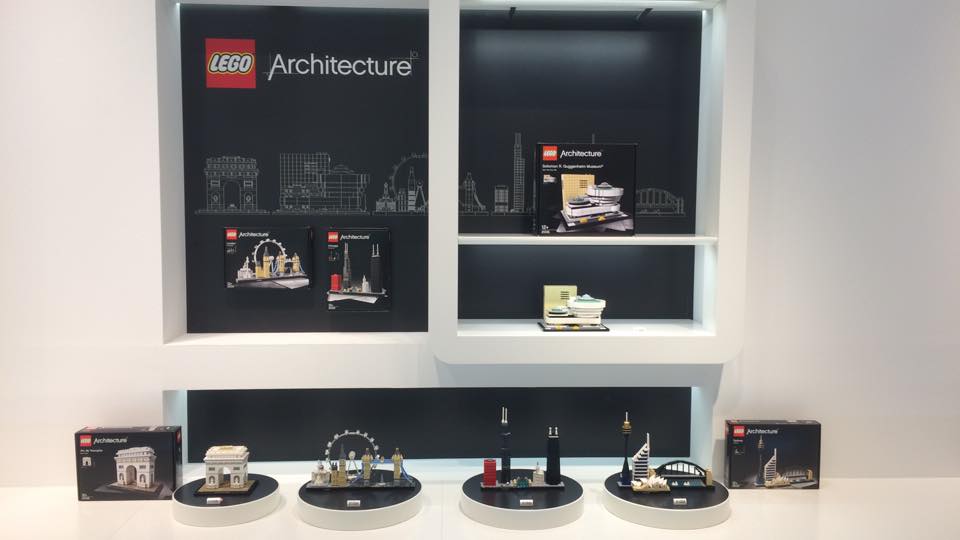 LEGO Architecture was on display too, which included the new Arc De Triomphe set and updated Solomon R. Guggenheim Museum. 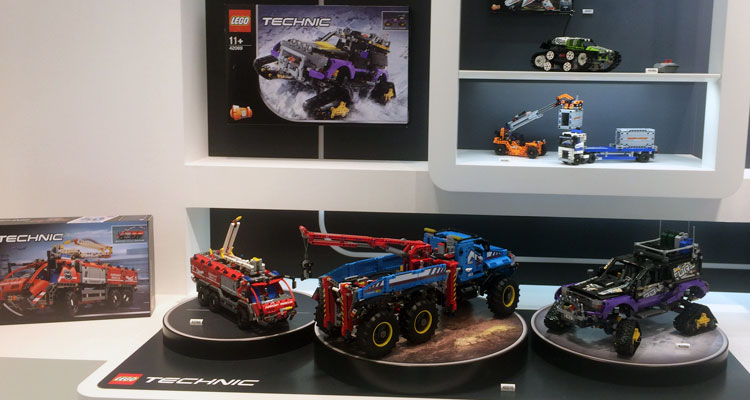 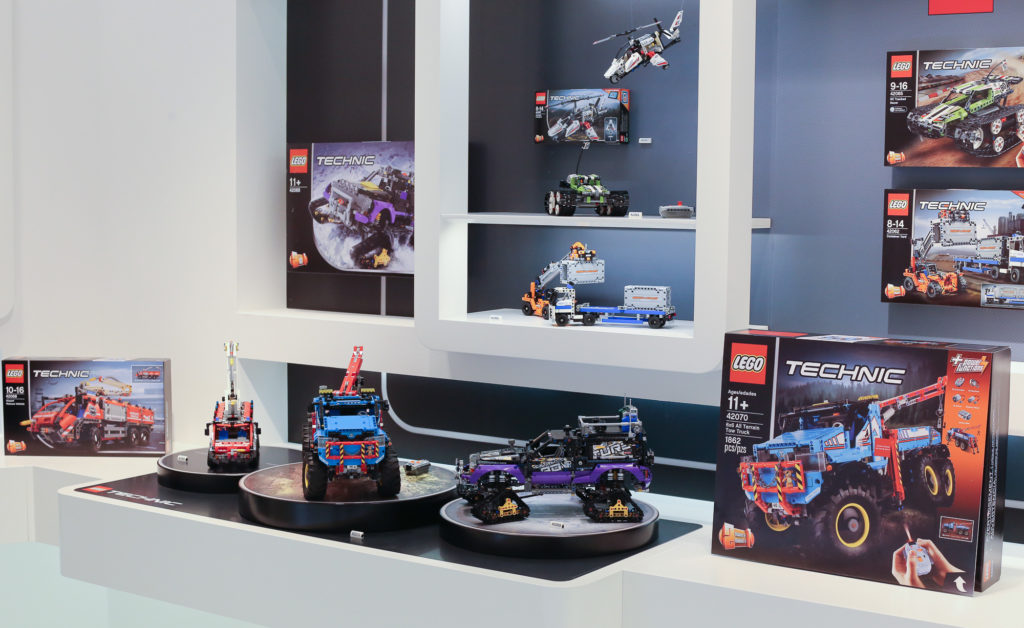 And last but not least, a look at the new Technic sets. I’m not a massive fan of Technic, but I know a lot of you are. 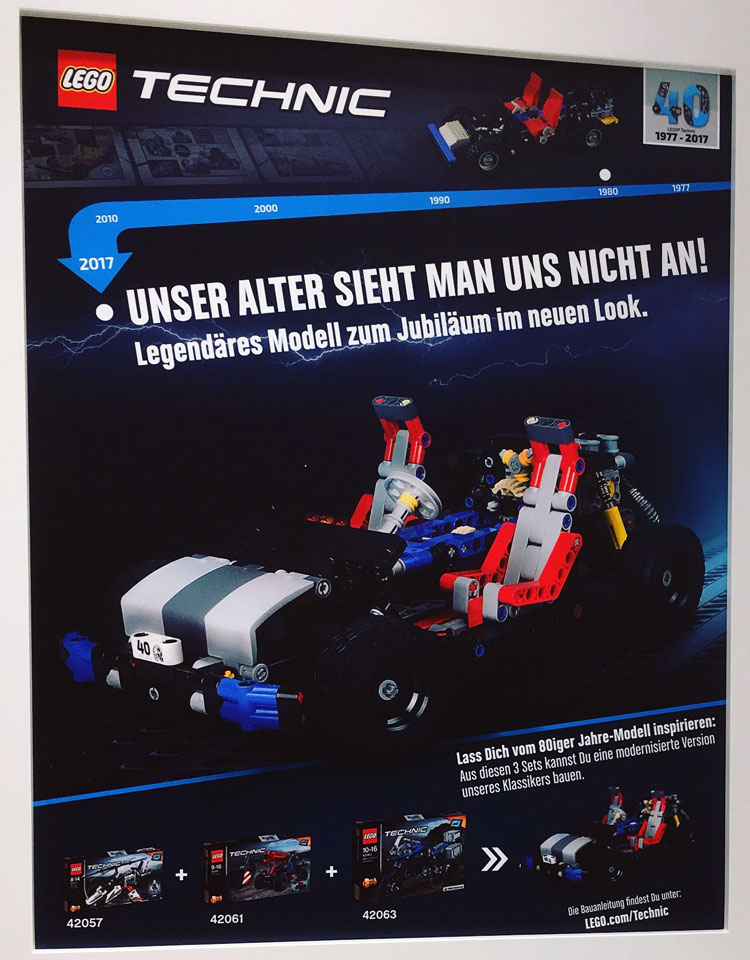 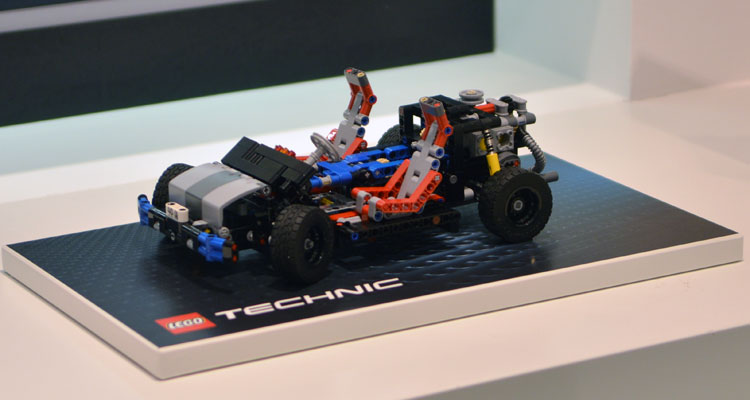 2017 is also the 40th Anniversary of Technic, and to commemorate the milestone, a special set has been designed. You can’t technically buy this 40 year Technic Anniversary set, instead, you’ll have to buy three separate Technic sets (42061, 42057, 42063) to assemble the set.

The instructions for this build will be available to download in the second half of the year.

It’s quite ingenious but I hope that LEGO Technic has some other big reveal later this year to make the 40th anniversary special.

So yeah, that’s it from the German Toy Fair 2017! The City sets on show are really exciting and I also can’t wait to see what the rest of the year has in store for us.

To check out more photos from the event, head over to Promobricks’ Facebook page and klemmbausteinlyrik.de’s Flickr page!

Take the poll above to let me know which theme has impressed you the most, or let me know in the comments section!

« A special thank you giveaway!
And the winner is…. »